The National Institute for Health and Care Excellence (NICE) has published a guideline which sets out an antimicrobial prescribing strategy for acute cough associated with an upper respiratory tract infection or acute bronchitis in adults, young people and children. It aims to limit antibiotic use and reduce antibiotic resistance. The guideline makes recommendations on;

NICE has published a quality standard which covers sexual health, with a focus on preventing sexually transmitted infections (STIs). It describes high-quality care in priority areas for improvement, such as:

It does not cover harmful sexual behaviour or contraception.

COPD IN OVER 16S: DIAGNOSIS AND MANAGEMENT DRAFT GUIDANCE PUBLISHED

NICE has published draft guidance on the diagnosis and management of chronic obstructive pulmonary disease (COPD)  in people aged 16 or over. The 2019 update makes recommendations on inhaled triple therapy and oral corticosteroids for managing exacerbations and updates the NICE guideline NG115. The consultation closes on 5 March 2019.

The Medicines and Healthcare products Regulatory Agency (MHRA) has issued a class 4 drug alert for Amoxicillin 500mg Capsules BP. Accord Healthcare Limited has informed the MHRA that a change to the Patient Information Leaflet (PIL) for this product has not been implemented by the required timeline. The change concerns the addition of the symptoms of a potential side effect, ‘Drug Reaction with Eosinophilia and Systemic Symptoms’ (DRESS) which is a potentially life-threatening condition. For this reason, it is important that any patients who notice the symptoms seek immediate medical advice. Healthcare professionals are advised that when dispensing this product, to check the Marketing Authorisation Holder and the batch number. If any of the batch numbers listed in the MHRA alert are being dispensed, healthcare professionals should remove the PIL in the pack and provide a copy of the correct version, which can be downloaded here.

The European Medicines Agency’s (EMA) human medicines committee (CMHP) has recommended an adjunct treatment to insulin in the form of a tablet for certain patients with type 1 diabetes mellitus (see OnMedica article). Dapagliflozin is already authorised in the European Union as Forxiga and Edistride for the treatment of patients with type 2 diabetes. It belongs to a new generation of diabetes medicines called selective SGLT2 inhibitors that work in the kidneys to prevent reabsorption of glucose from the urine into the blood stream, which helps lower the blood sugar level. Following an assessment of data from new clinical trials, the CHMP is now recommending extending the indication of dapagliflozin to certain patients with type 1 diabetes mellitus, when their insulin alone does not provide adequate control of their blood glucose levels despite optimal insulin therapy. Patients considered for this treatment should fulfil certain requirements and should not have a body mass index below 27 kg/m2.

The CHMP has recommended six medicines for approval in its January 2019 meeting:

On the other hand, the CHMP adopted a negative opinion, recommending the refusal of a marketing authorisation for Doxolipad (doxorubicin) intended for the treatment of breast and ovarian cancer. The results of the bioequivalence study showed that Doxolipad is comparable to Caelyx in terms of ‘liposome-encapsulated doxorubicin’ but failed to show that the amount of ‘free doxorubicin’ is the same for the two medicines. Therefore, the CHMP decided that there was insufficient evidence to show that Doxolipad was bioequivalent to Caelyx, and it was not possible to establish that the benefits of Doxolipad outweigh its risks.

The EMA has reported that companies that make sartan blood pressure medicines (angiotensin II receptor blockers) are being required to review their manufacturing processes so that they do not produce nitrosamine impurities. Companies will have a transition period to make any necessary changes, during which strict temporary limits on levels of these impurities will apply. After this period, companies will have to demonstrate that their sartan products have no quantifiable levels of these impurities before they can be used in the EU.

The Royal Pharmaceutical Society has published new guidance on polypharmacy which outlines how healthcare professionals, patients and carers can find solutions when polypharmacy causes problems for patients and points to useful resources that can help. The guidance recommends that all healthcare organisations have systems in place to ensure people taking 10 or more medicines can be identified and highlighted as requiring a comprehensive medication review with a pharmacist (see OnMedica article).

NHS England has reported that GP practices in Gloucestershire have created 100,000 extra patient appointments through the Primary Care Network model. The extra appointments, across the county’s 75 practices, will be mainly provided by GPs and nurses over the next year; and clinical pharmacists, paramedics, mental health workers and physiotherapists are also now working in local surgeries, offering a greater range of skills and services and freeing up GP time. In Gloucestershire, paramedics are working with some GP networks to carry out home visits in the community, which is saving GPs around 120 visits a month, whilst physiotherapists in other networks are offering more than 180 appointments. There are also more than 40 clinical pharmacists working in practices offering expert advice on medications, along with three Mental Health Practitioners, who see around 65 patients a week.

The Royal College of Obstetricians and Gynaecologists (RCOG) and the Faculty of Sexual and Reproductive Healthcare have launched a free educational resource on abortion care to support teachers with relationships and sex education lessons in secondary schools in the UK. The joint FSRH-RCOG leaflet aims to ensure that professionals involved in educating young people have a factually accurate, unbiased and evidence-based source of information about abortion care in the UK. It counters myths such as that abortion causes infertility, breast cancer and mental illness.

OnMedica is an independent, easy to access on-the-go website for doctors. It provides GPs and specialists with easy to digest and up-to-date, relevant educational content whilst enabling the freedom to share and collaborate in a safe-space to further personal development.
Follow
2341 Contributions
20 Followers
0 Following 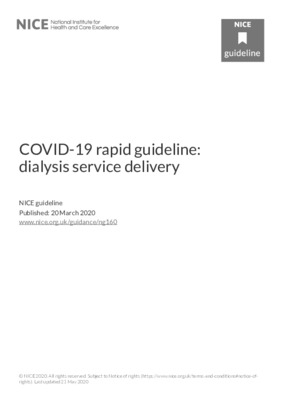 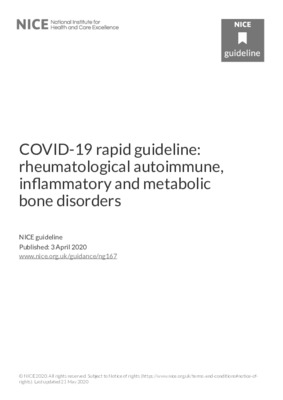 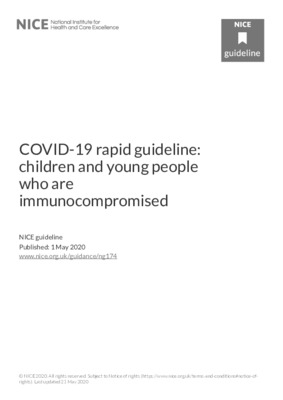 COVID-19 rapid guideline: children and young people who are immunocompromised