NICE has published final guidance which recommends cemiplimab (Libtayo) for use within the Cancer Drugs Fund (CDF) as an option for treating locally advanced or metastatic cutaneous squamous cell carcinoma in adults when curative surgery or curative radiotherapy is not appropriate. It is recommended only if the conditions in the managed access agreement are followed. NICE says treatment with cemiplimab should be continued until disease progression or for up to 24 months (whichever is sooner).  NICE notes that there is a high unmet need for new treatments and cemiplimab trial data are promising but uncertain. The cost-effectiveness estimates for cemiplimab are above what is normally considered a cost-effective use of NHS resources. According to NICE, the evidence on life expectancy with current treatments and how long life might be prolonged with cemiplimab is very uncertain. Because of this it is not known for certain whether the end-of-life criteria apply. So NICE cannot recommend cemiplimab for routine use in the NHS. However, NICE says if more mature data becomes available from an ongoing trial of cemiplimab, and more data on life expectancy with current treatments are obtained, this could confirm the expectation that the end-of-life criteria apply. NICE says that if this is the case, there is plausible potential for cemiplimab to be a cost-effective treatment.

NICE has published draft guidance which recommends neratinib (Nerlynx) as an option for the extended adjuvant treatment of hormone receptor-positive, human epidermal growth factor receptor2 (HER2)-positive early stage breast cancer in adults who completed adjuvant trastuzumab-based therapy less than one year ago only if:

The clinical trial evidence showed that people who had treatment with neratinib have less risk of disease recurrence than people who had treatment with a placebo. Despite there being no available data about how this might translate into increasing the overall length of time people live, NICE committee concluded that the cost-effectiveness estimates for neratinib made it an acceptable use of NHS resources.

NICE committee was unable to make a recommendation about the use of cannabis-based medicines for severe treatment-resistant epilepsy because there was a lack of clear evidence that these treatments provide any benefits. The draft guidance recommends nabilone as an add-on treatment for adults with chemotherapy-induced nausea and vomiting which hasn’t responded to conventional licensed medicines. Sativex is not recommended for treating spasticity in people with multiple sclerosis because it was not found to be cost-effective at its current list price in relation to the benefits it provides. The draft guidance also says that other cannabis-based medicinal products should not be offered to treat spasticity, unless as part of a clinical trial. It adds that, other than cannabidiol used on its own in the context of a clinical trial, no cannabis-based medicinal products should be used for treating chronic pain. NICE says this is because the benefits they offer are very small compared with their high costs and so they can’t be considered a cost-effective use of NHS resources.

The draft guidance, which is open for public consultation until 5 September 2019, makes eight separate recommendations for further research across all the indications and cannabis-based medicinal products covered in the guidance.

RUCAPARIB NOT RECOMMENDED FOR MAINTENANCE TREATMENT OF FOR OVARIAN, FALLOPIAN TUBE OR PERITONEAL CANCER IN DRAFT GUIDANCE

NICE has published draft guidance which does not recommend rucaparib (Rubraca), within its marketing authorisation, for maintenance treatment of relapsed, platinum-sensitive high-grade epithelial ovarian, fallopian tube or primary peritoneal cancer that has responded to platinum-based chemotherapy in adults. The guidance says the clinical evidence shows that rucaparib extends the time until cancer progresses compared with routine care. However, the length of time people survive after taking rucaparib is uncertain because the data from the trial are not available yet. Also, the cost-effectiveness estimates are higher than what NICE normally considers acceptable. In addition, rucaparib does not have the plausible potential to be cost effective so it does not meet NICE’s CDF criteria.

NICE has updated its guideline on the care of women at increased risk of, or with symptoms and signs of, preterm labour (before 37 weeks), and women having a planned preterm birth. The guideline aims to reduce the risks of preterm birth for the baby and describes treatments to prevent or delay early labour and birth. It includes new and updated recommendations on:

NICE has published a draft guideline which covers support for adults (aged 18 or over) who provide unpaid care for anyone aged over 16 with health and social care needs. It aims to help people recognise themselves as a carer and understand their right to information and support. It covers identifying and assessing carers, as well as providing information and practical, emotional and social support and training. It includes support during end of life care.

NICE has published a draft quality standard which covers increasing the uptake of flu vaccination among people who are eligible. It describes high-quality care in priority areas for improvement:

It does not cover uptake of flu vaccination in people aged 65 and over. The final quality standard is expected to be published in January 2020.

The Medicines and Healthcare products Regulatory Agency (MHRA) performed a routine inspection of Calea UK at its registered site in Runcorn on 24-26 June 2019. During the inspection, problems were identified with the design of the manufacturing process for total parenteral nutrition (TPN) bags that did not meet the requirements of guidance published by the MHRA. When inspectors identified the issue, Calea were requested to take immediate action to change their manufacturing process to ensure compliance with the MHRA’s published standards. This has led to a reduction in output while they consider longer term changes to their processes. Whilst no defective products have been identified to date, the changes to the production process are a precautionary, but necessary measure, needed to ensure product safety is maintained. Whilst there is a backlog in production, Calea is working to rectify the problem and increase supply as soon as possible. In addition to restoring production at the site, alternative supply options are being explored as a matter of urgency by a national group of experts convened by the Department of Health and Social Care. The MHRA is providing regulatory assistance to this process. Patients are advised to contact their prescribing consultant for next steps on supply arrangements.

The MHRA has announced that people aged 16 years and older will be able to buy a medicinal screening test patch from general sale outlets to see if they are allergic to paraphenylenediamine (PPD), one of the most common ingredients present in hair dye, before colouring their hair. Allergic reactions to PPP in hair dye can cause itchy rashes, redness and blisters. At its most severe, some people have even been admitted in A&E hospital departments. The Colourstart Test is a self-adhesive plaster consisting of two patches, one containing 65 micrograms of PPD (active patch) and the other patch with no PPD (control patch). If there is a positive reaction to the test patch, which is applied to the upper arm, hair colourant should not be used. This decision was made following a robust assessment of the safety of the Colourstart Test, consideration by the Commission on Human Medicines and a public consultation earlier this year.

The Department of Health and Social Care (DHSC) has issued a supply disruption alert for Emerade 500 microgram and 300 microgram devices. The manufacturer, Bausch & Lomb UK, will be experiencing a short-term disruption in supply of:

NHSX and NHS England have published a list of accredited suppliers of electronic patient record solutions (see OnMedica article). NHS England and NHSX have developed a new section on the Health Systems Support Framework to help organisations and integrated care systems get best value for money when buying new digital services, software and infrastructure. Eight companies – who have been evaluated and assured to deliver the most robust systems – are on the framework’s Lot 1 list and meet a wide range of key criteria including ability to integrate with other IT systems. The framework will provide services that support the delivery of integrated care – including population health management – and the new EPR section will provide access to supplier systems able to meet the Global Digital Exemplars standards, so that trusts and other NHS entities can digitise quickly.

The Royal College of Psychiatrists has announced a funding boost of £17,000 for mother and baby services in Northern Ireland. The funding will go towards training around 160 medical workers on how to deliver mental health support for mothers during pregnancy or following birth. RCPsych says there is currently a lack of specialist perinatal mental health services in Northern Ireland and no mother and baby unit for new mothers who are struggling. RCPsych NI will roll out training in the autumn.

OnMedica is an independent, easy to access on-the-go website for doctors. It provides GPs and specialists with easy to digest and up-to-date, relevant educational content whilst enabling the freedom to share and collaborate in a safe-space to further personal development.
Follow
2351 Contributions
20 Followers
0 Following 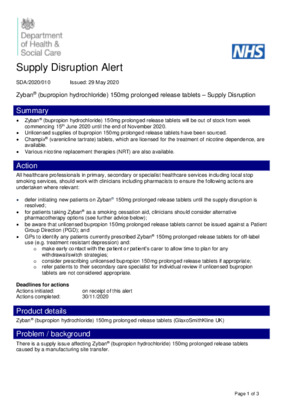 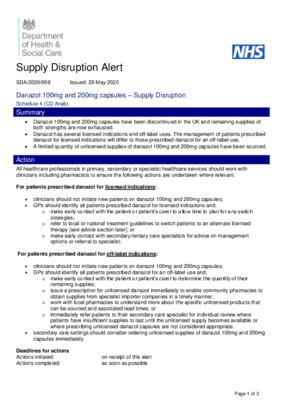