UK skin cancer deaths have more than doubled since 1970s

UK deaths from skin cancer have more than doubled since the 1970s, reveal the latest figures from Cancer Research UK.

And the rise is greater in men than in women, with death rates in men more than three times higher now than they were in the 70s, possibly because incidence rates rose faster in men and they are more likely to be diagnosed at a later stage, says the charity.

Most (86%) of cases are linked to sunburn or the use of sunbeds. The risk of developing melanoma is around three times higher in people who have been sunburnt just once every two years.

Nine out of 10 cases in England are diagnosed at an early stage, and a similar proportion will survive for five years or more. But since the early 1990s, melanoma incidence rates have more than doubled in the UK – which may partly explain the surge in deaths.

Deaths have risen by 149%, overall, compared with a rise of 80% for women and 233% for men. Late stage at diagnosis of melanoma skin cancer is associated with male sex in England. Among adults aged 15-99 in England, 10% of males with a stage a diagnosis recorded are diagnosed at stage III or IV compared with 7% of females.

Michelle Mitchell, Cancer Research UK’s chief executive, said: “There are many benefits to going outside, felt now more than ever because of sustained periods of lockdown. But something we should all be aware of is sun safety and how to reduce our risk of melanoma.

“Even though many summer holidays on beaches abroad have come to a halt, you can still get burnt in the UK sun. With rates rising, it’s never been more important to stay safe in the sun and contact your GP if you notice any unusual change to your skin.”

In the UK around 16,200 people are diagnosed each year with melanoma, making it the fifth most common cancer in the UK.

A recent YouGov survey published by Cancer Research UK and its partner NIVEA SUN showed around four in 10 UK adults say they have spent more time in the sun since the COVID-19 lockdown started, compared with the same time last year.

Just last week, the doctors’ medical defence body, the Medical Defence Union (MDU), advised GPs to be on the look-out for signs and symptoms of melanoma in their patients. Diagnosis can be challenging as skin lesions can sometimes appear benign, leading to a delayed or missed diagnosis, it warns.

Between 2017 and 2018, 79 incidents involving malignant melanoma were reported to the MDU, often as a result of a complaint or claim following an allegation of a delayed diagnosis.

Dr Kathryn Leask, MDU medico-legal adviser, said: "While failing to diagnose a case of malignant melanoma is not necessarily negligent, there may be a case if the claimant can demonstrate that a doctor's management fell below the expected standard – for example, by not actively considering the possibility of a melanoma when a patient presents with typical signs or symptoms and failing to assess them appropriately.

"Consequently, it's important to remember that melanomas can arise on all parts of the body, even in rare sites such as ophthalmic or subungual tumours. One of the MDU cases resulted in an amputation of a digit due to a delayed diagnosis."

To reduce the likelihood of a delayed diagnosis, the MDU advises members to keep practice protocols and staff training on dermatology up to date and in line with national and locally-agreed guidelines and make sure any patient consultation about a suspicious skin lesion is clearly documented, including the history taken, the examination performed, the differential diagnosis and the management plan.

It also advised GPs to check the patient understands plans for follow-up, and that these are also clearly documented, and have in place a protocol for dealing with test results and administrative tasks, such as dealing with messages to and from patients.

The practice must have a watertight process, such as a significant event audit, for analysing patient safety incidents, says the MDU. This can highlight what lessons can be learned and what changes should be put in place to prevent a similar situation in the future.

The practice should also have a safe system for following up test results, including a process for responding to abnormal results and making sure these are communicated to patients, advises the MDU.

Suspicious mole: is it malignant melanoma and how to treat it?

Go at your own pace and download your CME certificate on completion.

OnMedica provides high-quality, easy to digest content and CPD for UK-based GPs and clinicians. Our team of expert editors and clinicians develops content across a wide range of topics in a variety of formats—expert articles, bitesize news and quizzes, courses, videos, and more. You can explore OnMedica via the homepage, drop down menu or by typing your topic of choice in the search bar. Why not find out how OnMedica can help you to keep up to date quickly and easily?
Follow
4678 Contributions
0 Followers
2 Following 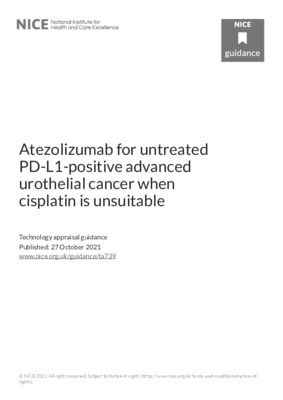