Chronic pulmonary infection with Pseudomonas aeruginosa is one of the most important causes of mortality and morbidity in cystic fibrosis. If antibiotics are commenced promptly, infection can be eradicated. The aim of the trial was to compare the effectiveness and safety of intravenous ceftazidime and tobramycin versus oral ciprofloxacin in the eradication of P aeruginosa.

We did a multicentre, parallel group, open-label, randomised controlled trial in 72 cystic fibrosis centres (70 in the UK and two in Italy). Eligible participants were older than 28 days with an isolate of P aeruginosa (either the first ever isolate or a new isolate after at least 1 year free of infection). Participants were excluded if the P aeruginosa was resistant to, or they had a contraindication to, one or more of the trial antibiotics; if they were already receiving P aeruginosa suppressive therapy; if they had received any P aeruginosa eradication therapy within the previous 9 months; or if they were pregnant or breastfeeding. We used web-based randomisation to assign patients to 14 days intravenous ceftazidime and tobramycin or 12 weeks oral ciprofloxacin. Both were combined with 12 weeks inhaled colistimethate sodium. Randomisation lists were generated by a statistician, who had no involvement in the trial, using a computer-generated list. Randomisation was stratified by centre and because of the nature of the interventions, blinding was not possible. Our primary outcome was eradication of P aeruginosa at 3 months and remaining free of infection to 15 months. Primary analysis used intention to treat (powered for superiority). Safety analysis included patients who received at least one dose of study drug. TORPEDO-CF was registered on the ISRCTN register, ISRCTN02734162, and EudraCT, 2009-012575-10.

Compared with oral therapy, intravenous antibiotics did not achieve sustained eradication of P aeruginosa in a greater proportion of patients with cystic fibrosis and was more expensive. Although there were fewer hospitalisations in the intravenous group than the oral group during follow-up, this confers no advantage over oral treatment because intravenous eradication frequently requires hospitalisation. These results do not support the use of intravenous antibiotics to eradicate P aeruginosa in cystic fibrosis.

View the article @ The Lancet. Respiratory medicine (sign-in may be required)

Amikacin liposomal nebuliser dispersion is accepted for use within NHS Scotland for the treatment of non-tuberculous mycobacterial lung infections caused by Mycobacterium avium Complex in adults. 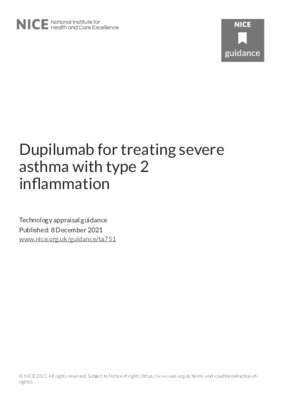