Do we really need QCovid?

So there we have it, the QCovid risk calculator has added 1.7m patients to the clinically vulnerable group, one year into the pandemic and not without a few blunders… It also has created added angst among those not yet vaccinated and extra pressure onto GP practices. Was it really necessary...?

I heard last week that we should prepare our practice for an influx of concerned patients who are due to receive a centrally generated letter they will receive telling them they should be shielding, as they are now in the group at high risk of serious illness from COVID-19.

Hold it. I thought we were done with the whole shielding list debacle, having spent hours at the start of the pandemic with multiple shielding iterations and sifting through lists of patients to check whether the centrally generated list was accurate (in many cases it wasn’t!).

So, it seems that a group of clever academics from Oxford (presumably a different lot to the ones who made the AZ vaccine) have come up with a new QCovid risk calculator. They state that it is an evidence-based model that uses a range of factors such as age, sex, ethnicity and existing medical conditions to predict risk of death or hospitalisation from COVID-19.

However, at the top of their website, they write that it should only be used for academic research, peer review and validation purposes, and it must NOT be used with data or information relating to any individual. Despite reading this several times I still really don’t understand what it means. Maybe someone else cleverer than me does.

We are now faced with 1.7 million extra patients getting a letter stating that they are in the clinically vulnerable group and need to urgently start shielding. Many of them may, quite rightly, ask that isn’t this about a year too late to let them know right now? Besides, I suspect that anyone who hasn't had a vaccine will be straight on the phone to their local practice to ask when they might get this, adding further to the pressure on waiting times. Apparently 820,000 of the 1.7 million have not had their vaccine yet so just under half.

Of course, they may just be confused as to why they have been put on the list at all. It is worrying that only a few days after release, the shiny new QCovid tool had to be “actively reviewed” after some healthy young women had been told they were at high risk due to previous gestational diabetes. Apparently, it transpires that the system was reading that this group had actual diabetes due to coding problems.

Another report came out that a healthy 32-year-old patient was sent a shielding letter after the QCovid was worried about his height that put him at risk. He was coded as 6.2cm instead of 6 ft 2 which the tool used to increase his risk. I guess you cannot necessarily blame the QCovid tool but poor data entry here. However, this merely adds evidence that these patients really need a human to sense check before letters go out and not the other way around.

The horse has now bolted

We are now faced with answering lots of questions from patients who have suddenly received a letter many asking about vaccination. To add confusion, Professor Whitty is reported to have stated to the BBC that GPs should be using JCVI flexibility rules to decide who to vaccinate and wonders why this has not been done. However, we were previously told that if we didn’t stick to the rules on who to vaccinate when, there would be trouble.

Let us get on with vaccinating people as quickly as possible and QCovid is simply generating a new shielding list tsunami is just going to get in the way of this effort.

So maybe the Oxford academics should stick to making vaccine rather than working on releasing shiny new calculators to merely cause anxiety and worry in our already concerned patient populations.

You can also find out about the latest COVID-19 information relevant to doctors in our dedicated COVID-19 Room.

Not an OnMedica member yet? 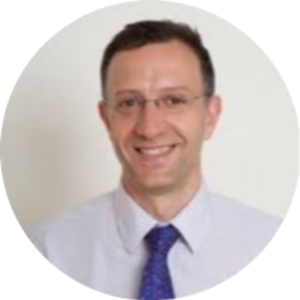 I am a GP in the Bristol area and also am a medical contributor for OnMedica. I am interested in CPD learning especially online medical education.

Almost half of people in Europe have a skin problem or disease, new EADV survey reveals