ClinOwl
Follow
0
Bone skeletal alterations are no longer considered a rare event in Chronic Lymphocytic Leukemia (CLL), especially at more advanced stages of the disease. This study is aimed at elucidating the mechanisms underlying this phenomenon. Bone marrow stromal cells, induced to differentiate toward osteoblasts in osteogenic medium, appeared unable to complete their maturation upon co-culture with CLL cells, CLL cells-derived conditioned media (CLL-cm) or CLL-sera (CLL-sr). Inhibition of osteoblast differentiation was documented by decreased levels of RUNX2 and osteocalcin mRNA expression, by increased osteopontin and DKK-1 mRNA levels, and by a marked reduction of mineralized matrix deposition. The addition of neutralizing TNFα, IL-11 or anti-IL-6R monoclonal antibodies to these co-cultures resulted into restoration of bone mineralization, indicating the involvement of these cytokines: these findings were further supported by silencing TNFα, IL-11 and IL-6 in leukemic cells. We also demonstrated that the addition of CLL-cm to monocytes, previously stimulated with MCSF and RANKL, significantly amplified the formation of large mature osteoclasts as well as their bone resorption activity. Moreover enhanced osteoclastogenesis, induced by CLL-cm, was significantly reduced by treating cultures with the anti-TNFα moAb Infliximab; an analogous effect was observed by the use of the BTK inhibitor Ibrutinib. CLL cells, co-cultured with mature osteoclasts, were interestingly protected from apoptosis and upregulated Ki-67. These experimental results parallel the direct correlation between TNFα amounts in CLL sera and the degree of compact bone erosion we previously described, further strengthening the indication of a reciprocal influence between leukemic cells expansion and bone structure derangement.

View the article @ Haematologica (sign-in may be required) 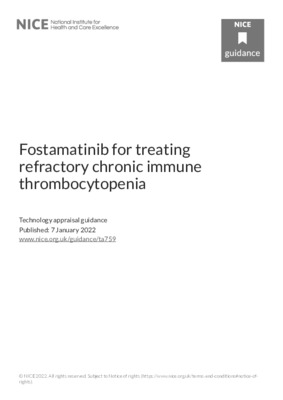 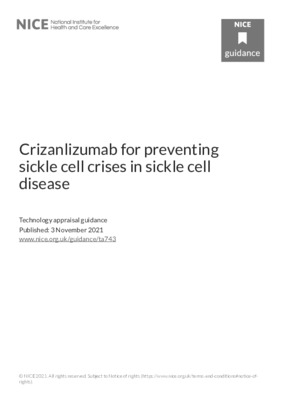 Blood donation to be made more inclusive

The cost-effectiveness estimates for fostamatinib compared with rituximab are higher than what NICE normally considers cost effective.