An explanation of the new July 4th COVID-19 guidelines, with apologies to Lewis Carroll

Alice came upon a table set out under a tree in front of a house, and the March Hare and the Hatter were having tea at it: a dormouse was sitting between them fast asleep, and the other two were using it as a cushion, resting their elbows on it, and talking over its head.

“This must be the daily COVID briefing,” thought Alice to herself.  The table was a large one, but the three were all crowded together at one corner of it.  “Social distance! Social Distance!” they cried out at Alice as she approached.

“There’s plenty of room!” said Alice indignantly, and she sat down in a large armchair at one end of the table.

“Take some PPE,” said the March Hare in an encouraging tone.

Alice looked all around the table, but could see nothing of the sort. “I don’t see any PPE,” she remarked.

“There isn’t any,” said the March Hare.

“Well then, it wasn’t very civil of you to offer it,” said Alice angrily.

“It wasn’t very civil of you to sit down without being invited,” said the March Hare.

“But I was invited,” said Alice. “I’ve come for the daily COVID briefing.”

“Do we still do that?” said the Hare.

The dormouse shook itself, and started muttering “next slide please,” repeatedly in its sleep, until eventually they had to pinch it to make it stop.

“I just want you to explain the new rules on social distancing, if you have the time?”

I've worked as a GP Partner in North Yorkshire since 2004, and still relish the peculiar challenge of never quite knowing what the next person through the door is going to present with. I sat on the Governing Body of my local CCG until April 2015, and despite thinking I had escaped that world for good, I'm now the Clinical Director of a Primary Care Network. When not being consumed by all things medical, I occupy myself by writing, gaming, and indulging the whims of my children. I have previously written and performed in a number of pantomimes, occupied the fourth plinth in Trafalgar Square and won the 2016 “Caterpillar Story for Children Prize”. Tragically, my patients no longer tell me I look too young to be a doctor.
Follow
23 Contributions
9 Followers
0 Following

Mental health and COVID-19: Preparing for rising levels of distress

Now is the time to support NHS staff’s wellbeing 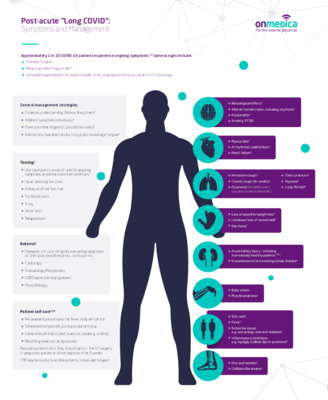 How to recognise and manage post-acute 'Long COVID'?

Will GPs rise to the challenge of mass COVID vaccination?