High social media use linked to poor sleep in teens

Teenagers who spend at least three hours a day using social media are more likely than others to have poor sleep patterns including getting to sleep late on school nights and awakening during the night, researchers said today in their study* published in BMJ Open. They found that optimal outcomes for sleep were associated with minimal – not moderate – social media use, and so recommended supporting young people in finding a balance between their online interactions and getting sufficient sleep on school nights.

The authors, from the University of Glasgow, pointed out that although there is significant current interest in the possible impact of screen time and social media on adolescents’ health, previous research in this area has tended to consider associations between poor wellbeing and ‘screen time’ as a whole rather than social media use specifically. So they used cross-sectional data from the Millennium Cohort Study (a national birth cohort study) covering 11,872 adolescents aged 13-15 years, to investigate associations between social media use and six self-reported sleep parameters – sleep onset and wake times on school days and on free days, sleep onset latency, and trouble falling back asleep after night-time awakening – controlling for a wide range of covariates.

The study authors commented: “In terms of sleep timing, social media use remained significantly associated with late sleep onset and wake times after controlling for covariates, with the strongest effect for sleep onset. Very high social media users were roughly 70% more likely than comparable average users to fall asleep later than average, that is, after 23:00 on school days and after midnight on free days. Low social media users were least likely to fall asleep late, indicating that unlike mental well-being, optimal outcomes for sleep are associated with minimal – not moderate – use.”

They said that their results provide robust evidence on associations between social media use and sleep outcomes that can be used to support evidence-based decision-making policy and practice, “rather than relying on assumptions around prevalence of high social media use”.

They acknowledged that restricting adolescent social media use is likely to be especially challenging as peer interactions, belonging and acceptance are highly valued during this developmental period of increasing autonomy.

They concluded: “Interventions should focus on addressing delayed sleep onset, by supporting young people to balance online social interactions with an appropriate and consistent sleep schedule that allows sufficient sleep on school nights, with benefits for health and educational outcomes.” 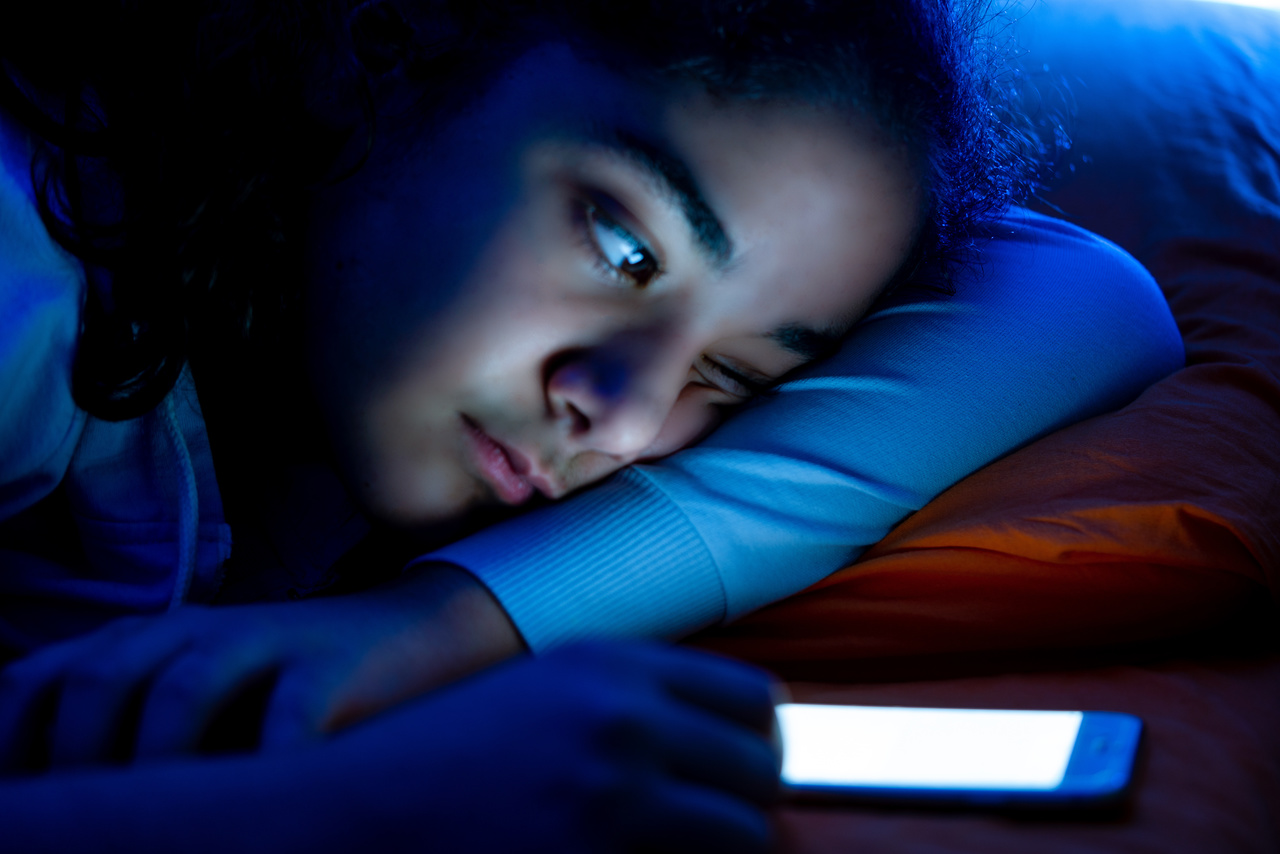 High social media use linked to poor sleep in teens