A maternal diet rich in nuts during the first trimester of pregnancy is linked to improved neurodevelopment in the child, a study* published in the European Journal of Epidemiology has found.

The study included over 2,200 mother and child pairs enrolled in cohorts belonging to the INMA Project located in Asturias, Guipuzcoa, Sabadell and Valencia in Spain. Information on maternal nut intake was obtained from questionnaires on eating habits, which the mothers completed during the first and last trimester of their pregnancy. The children's neuropsychological development was assessed using several internationally validated standard tests 18 months, five years, and eight years after birth.

Analysis of the results showed that the group of children whose mothers ate more nuts during the first trimester of pregnancy obtained the best results in all the tests measuring cognitive function, attention capacity and working memory.

"This is the first study to explore the possible benefits of eating nuts during pregnancy for the child's neurodevelopment in the long-term. The brain undergoes a series of complex processes during gestation and this means that maternal nutrition is a determining factor in foetal brain development and can have long-term effects,” said Florence Gignac, ISGlobal researcher and first author of the study.

"The nuts we took into account in this study were walnuts, almonds, peanuts, pine nuts and hazelnuts. We think that the beneficial effects observed might be due to the fact that the nuts provided high levels of folic acid and, in particular, essential fatty acids like omega-3 and omega-6. These components tend to accumulate in neural tissue, particularly in the frontal areas of the brain, which influence memory and executive functions."

The benefits described in this study were observed in the group of mothers who reported the highest consumption of nuts - a weekly average of just under three 30g servings. This is slightly lower than the average weekly consumption recommended in the healthy eating guide published by the Spanish Society of Community Nutrition (SENC: Guía de la alimentación saludable), which is between three and seven servings per week.

"This makes us think that if the mothers consumed the recommended weekly average the benefits could be much greater," Gignac added. Estimated nut consumption in Spain is more than double the European average (4.8 g vs. 2.2 g).

The study also analysed the mothers' nut consumption during the third trimester of their pregnancy, but either no associations were observed with the neuropsychological outcomes or the associations found were weaker.

"This is not the first time we have observed more marked effects when an exposure occurs at a specific stage of the pregnancy. While our study does not explain the causes of the difference between the first and third trimesters, the scientific literature speculates that the rhythm of foetal development varies throughout the pregnancy and that there are periods when development is particularly sensitive to maternal diet" said Jordi Júlvez, ISGlobal researcher and last author of the study.

Júlvez added: "As this is the first study to explore this effect, we must treat the findings with caution and work on reproducing them in the future with more cohort studies as well as randomised controlled trials".

Nuts are already known to help reduce the risk of hypertension, oxidative stress and diabetes and may exercise a protective effect against cognitive decline in older age. 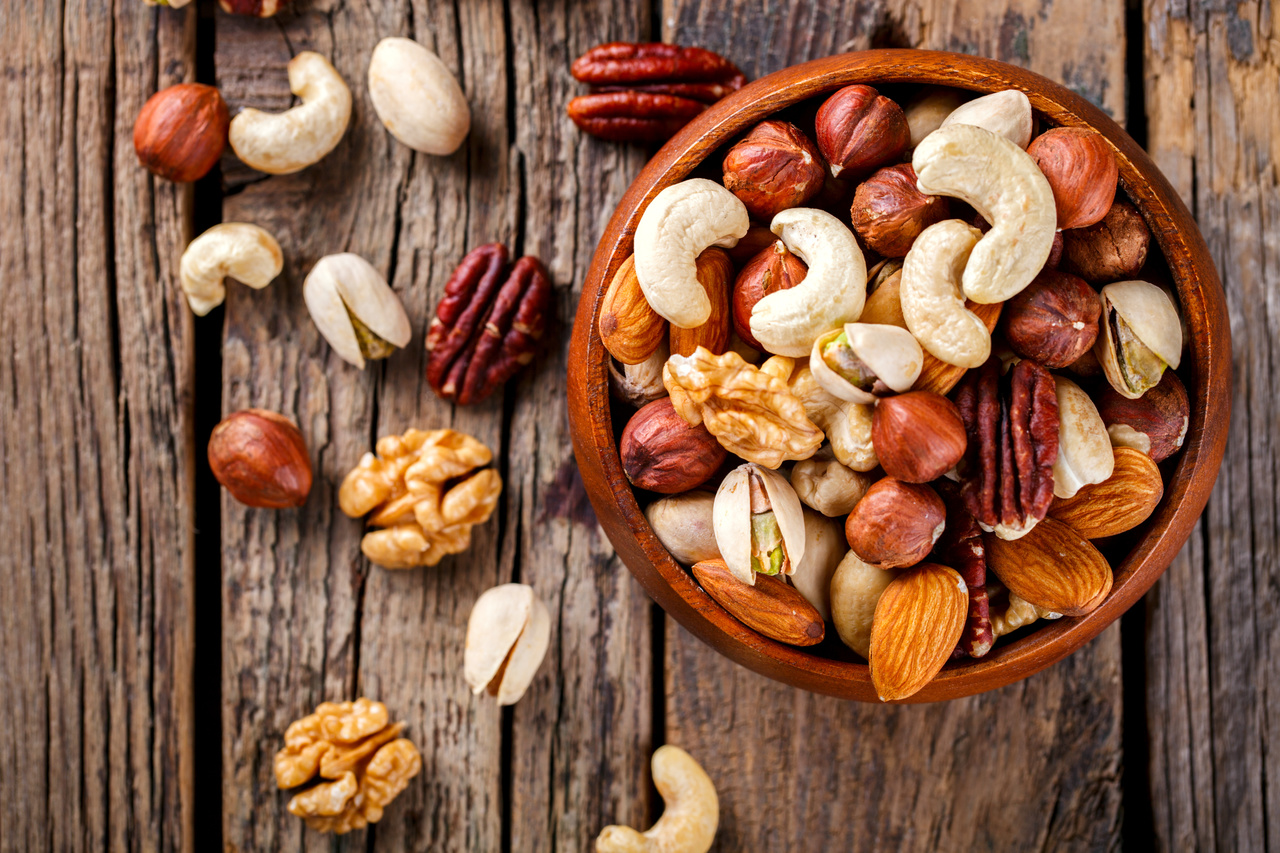