An annual screen for women aged 35-39 with a family history of breast cancer would pick up significantly more early stage tumours earlier, reveal the results of a major UK trial* published in E Clinical Medicine, a Lancet title.

The trial, funded by charity Breast Cancer Now, found that annual mammograms for women aged 35-39 at ‘moderate’ (17-29% lifetime risk) or ‘high’ risk (30% or higher lifetime risk) of breast cancer picked up tumours when they were significantly smaller in size and less likely to have spread to the lymph nodes.

Regular screening in women considered to be at greater risk of familial breast cancer could be extended from ages 40-49 to those aged 35-39, suggest the researchers.

Breast cancer remains the leading cause of death in women under 50 in England and Wales, with over 920 younger women losing their lives to the disease in 2017.

Around 55,000 women and 350 men are diagnosed with breast cancer each year in the UK and it is estimated that around 5-15% of cases are linked to a family history of the disease.

National Institute for Health and Care Excellence (NICE) guidelines currently recommend annual screening for 40-49 year old women at higher risk in England following evidence of the benefit to this group reported in the FH01 trial in 2010.

The trial compared the results with those of an unscreened group of women aged 35-39 and at increased risk in the POSH trial.

Annual screening nearly doubled the proportion of tumours detected before they had grown to 2cm in size. In unscreened women, just 45% (131/293) of breast cancers were detected when the tumour was 2cm or smaller in size and over half (54%; 158/290) of cases had already spread to the lymph nodes.

Further economic analysis will now be needed to quantify the full pros and cons, including whether this screening might be limited to those with a ‘high’ chance of developing breast cancer only, as well as longer-term follow up to understand if the radiation dose might affect women’s risk of future cancers.

Breast Cancer Now is calling for the upcoming review of NHS cancer screening programmes to include an assessment of family history services across the country, and to set out the health economic evidence required to consider extending screening to women aged 35-39 at ‘moderate’ or ‘high’ risk due to their family history.

Lead author Gareth Evans, professor in medical genetics and cancer epidemiology at The University of Manchester, said: “These are the first significant data on the benefits of screening in women aged 35-39 who are at increased risk of breast cancer due to a family history, and the results are very promising.

“Overdiagnosis is also far less likely to be a major issue in such a young age group. For women with a family history, removing a non-invasive tumour so early in their lives is likely to be a cancer preventive. You only need to look at current long-term survival outcomes in this group to see just how important new early detection methods could be.”

Baroness Delyth Morgan, chief executive at Breast Cancer Now, added: “We believe these findings could be practice-changing, and urge the government’s upcoming review of NHS screening programmes to set out what further evidence will be needed to consider annual screening for women aged 35-39 who are at increased familial risk of breast cancer.

“We’ve long known that a family history can define a woman’s risk, and that breast cancer can be more aggressive in younger women. So, if we can intervene earlier for those at higher risk through annual screening, we believe we may be able to stop the disease cutting so many women’s lives so heartbreakingly short."

*Evans DG, Thomas S, Caunt J, et al. Final results of the prospective FHO2 mammography surveillance study of women aged 35–39 at increased familial risk of breast cancer. E Clinical Medicine, The Lancet, 10 Feb 2019, DOI: 10.1016/j.eclinm.2019.01.005
OnMedica
Editorial team, Wilmington Healthcare
Follow
OnMedica provides high-quality, easy to digest content and CPD for UK-based GPs and clinicians. Our team of expert editors and clinicians develops content across a wide range of topics in a variety of formats—expert articles, bitesize news and quizzes, courses, videos, and more. You can explore OnMedica via the homepage, drop down menu or by typing your topic of choice in the search bar. Why not find out how OnMedica can help you to keep up to date quickly and easily? 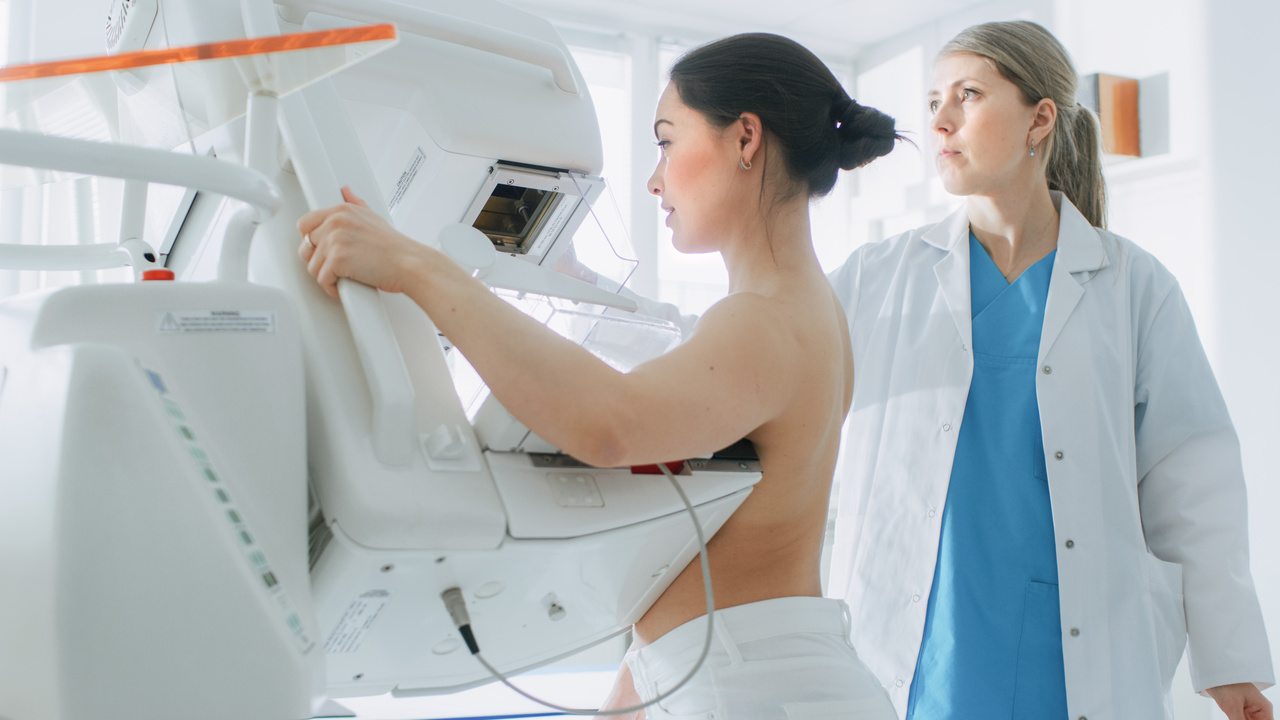