Author: Adrian O'Dowd
OnMedica
Editorial team, Wilmington Healthcare
Follow
Like
Experts have found there is no compelling evidence to suggest there are important health benefits from consuming non-sugar sweeteners and there could even be potential harms, according to a review of studies* published today in The BMJ.

Concerns about health and quality of life have encouraged many people to adopt healthier lifestyles and avoid foods rich in sugars, salt, or fat, so foods and drinks containing non-sugar sweeteners rather than regular sugars have become increasingly popular.

Several non-sugar sweeteners are approved for use but less is known about their potential benefits and harms within acceptable daily intakes because there is often only limited and conflicting evidence.

Therefore, a team of European researchers led by the University of Freiburg in Germany, set out to better understand these potential benefits and harms by analysing 56 published studies comparing no intake or lower intake of non-sugar sweeteners with higher intake in healthy adults and children.

For example, in adults, findings from a few small studies suggested small improvements in BMI and fasting blood glucose levels with non-sugar sweeteners, but the certainty of this evidence was low.

Lower intakes of non-sugar sweeteners were associated with slightly less weight gain than higher intakes, but the certainty of this evidence was also low.

There was no good evidence of any effect of non-sugar sweeteners found for overweight or obese adults or children actively trying to lose weight.

The researchers said their study was the most comprehensive review on this topic so far and would inform a World Health Organization guideline for health experts and policy makers.

However, they stressed that the quality of evidence in many of the studies was low, so confidence in the results was limited. Longer term studies were needed to clarify whether non-sugar sweeteners were a safe and effective alternative to sugar.

They concluded: “There was no compelling evidence to indicate important health benefits of non-sugar sweetener use on a range of health outcomes. Potential harms from the consumption of non-sugar sweeteners could not be excluded.”
*Toews I, Lohner S, Küllenberg de DG, et al. Association between intake of non-sugar sweeteners and health outcomes: systematic review and meta-analyses of randomised and non-randomised controlled trials and observational studies. BMJ 2018;363:k4718. DOI:10.1136/bmj.k4718
OnMedica
Editorial team, Wilmington Healthcare
Follow
OnMedica provides high-quality, easy to digest content and CPD for UK-based GPs and clinicians. Our team of expert editors and clinicians develops content across a wide range of topics in a variety of formats—expert articles, bitesize news and quizzes, courses, videos, and more. You can explore OnMedica via the homepage, drop down menu or by typing your topic of choice in the search bar. Why not find out how OnMedica can help you to keep up to date quickly and easily? 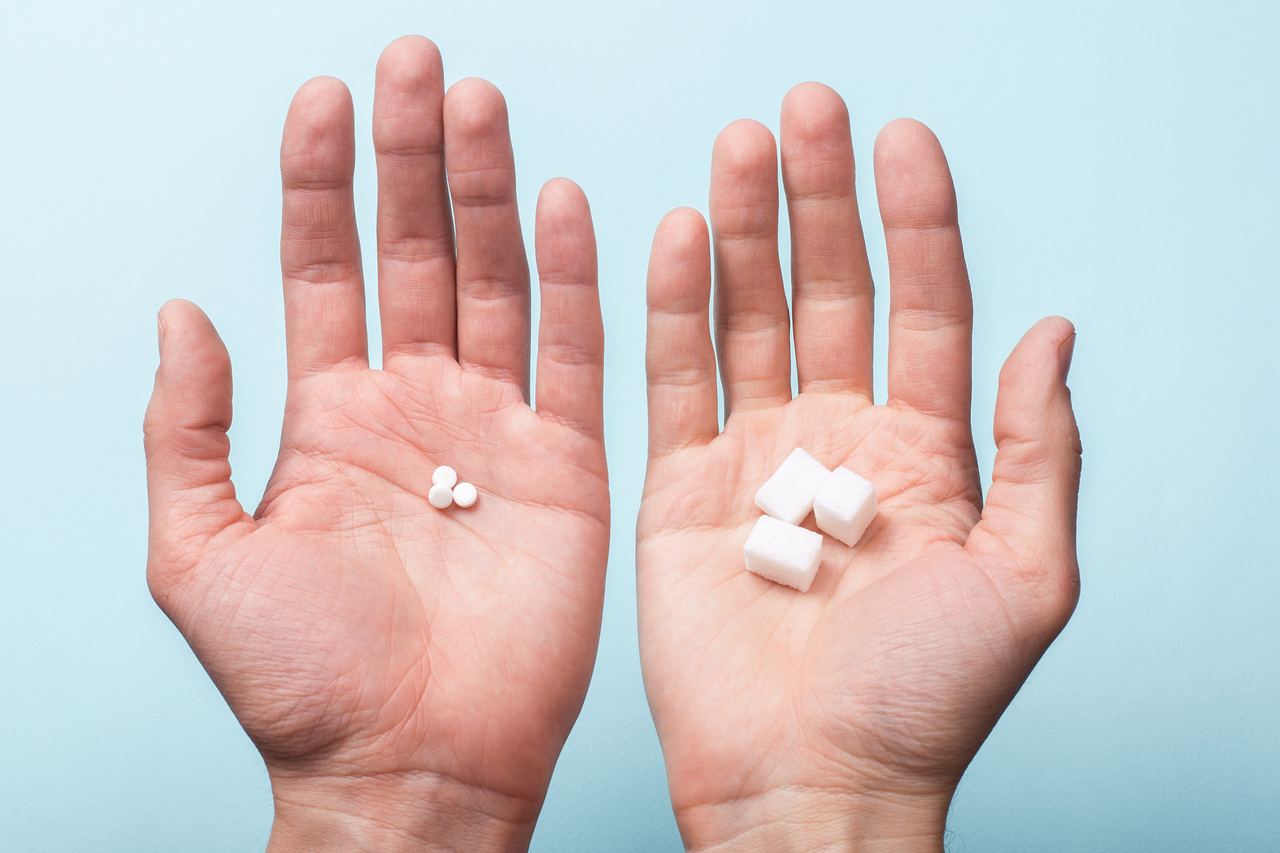