Surgeons should put on their own gowns

Author: Ingrid Torjesen
OnMedica
Editorial team, Wilmington Healthcare
Follow
Like
Surgeons should put on their own gowns because there is a high risk of contamination if they receive help, show the results of a small study* published in the Journal of Orthopaedic Trauma.

The researchers designed an experiment to assess possible breaches of sterility during the gowning step before surgery. The study simulated a two-person gowning procedure in which a surgical technician unfolds the gown and holds it open for the surgeon to slide his/her arms through.

The potential for contamination was monitored by coating the surgical technician's gown with a special resin that glows under ultraviolet light. If any of the glowing resin was detected on the surgeon's gown after the procedure, it was considered a contamination event. Three orthopaedic surgeons and three experienced technicians performed a total of 27 gowning procedures.

The results showed evidence of cross-contamination in 67% of gowning procedures. All areas of contamination, as shown by glowing of the resin under ultraviolet light, were on the sleeves of the surgical gown.

The surgeons and technicians were selected based on variations in height: in both groups, one participant was tall, one medium height, and one short. The surgeon's height was a significant source of variation, with the tallest surgeon having the greatest amount of contamination of the gown of the sleeve.

The risk of contamination appeared greatest when gowning taller surgeons, with the tallest surgeon having the greatest amount of contamination of the gown of the sleeve. The researchers speculated that this could possibly be because the longer sleeves are more likely to come into contact with the technician's gown.

The contamination rate was not impacted neither by technician's height, nor the surgeon's experience. In fact, the least-experienced surgeon participating in the study had the lowest rate of gown contamination.

Researcher Kenton Panas, of The University of Oklahoma Health Sciences Center, Oklahoma City, says: "We suggest a single-person gowning step to help optimize sterile technique." With this technique the gown is handed to the surgeon, who then puts it on without assistance.

"This study identifies a common and overlooked pattern of sterile field contamination," he added.

"Postoperative infections can be life changing in the critically ill and can lead to permanent disability, loss of limb, or worse. We hope our work gives surgeons of all specialties one more tool to accomplish our ultimate goal as healthcare providers, which is the optimization of patient care."
*Panas K, Wojcik J, Falcon S, et al. Surgical Gowning Technique: Are We Contaminated Before We Cut? Journal of Orthopaedic Trauma: January 01, 2019 - Volume Publish Ahead of Print - Issue - p DOI:: 10.1097/BOT.0000000000001357
OnMedica
Editorial team, Wilmington Healthcare
Follow
OnMedica provides high-quality, easy to digest content and CPD for UK-based GPs and clinicians. Our team of expert editors and clinicians develops content across a wide range of topics in a variety of formats—expert articles, bitesize news and quizzes, courses, videos, and more. You can explore OnMedica via the homepage, drop down menu or by typing your topic of choice in the search bar. Why not find out how OnMedica can help you to keep up to date quickly and easily? 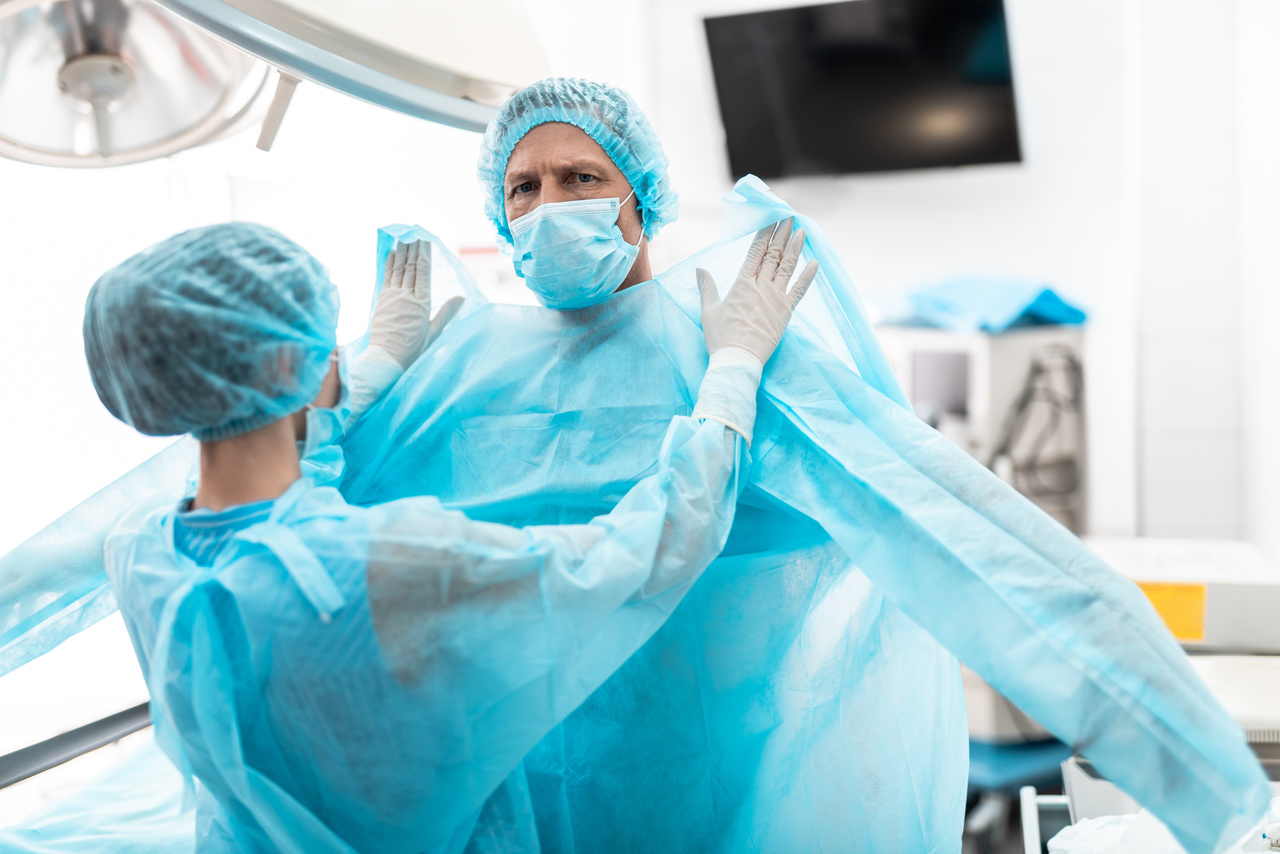 Surgeons should put on their own gowns