Author: Caroline White
OnMedica
Editorial team, Wilmington Healthcare
Follow
Poor confidentiality and privacy at reception desks and inadequate access, including for disabled people, are some of the main gripes patients have about their local GP premises, says the Patients Association in a report* published today.

These issues flout legislation and official NHS guidance, it highlights.

The report, which looks at the impact of the physical environment on the experience of primary care, draws on 703 patients’ feedback to an online survey, containing 29 questions, and from four focus groups held in Birmingham, Blackpool, Eastleigh and London, attended by a total of 20 people.

Confidentiality emerged as a key issue, particularly the risk of being overheard at the reception desk or when telephoning practices. More than half participants (58%; 404 of 692 respondents) said that there was not enough space to permit a level of privacy.

Some patients said it was “impossible” to speak to the receptionist without being overheard, while others claimed that privacy at the reception area “wasn’t good.”

NHS staff are legally bound to protect and conserve patient confidentiality at all times. This is not just a requirement of their contractual responsibilities but also within the common law duty of confidence and the Data Protection Act 1998. It is also a requirement within the NHS Care Record Guarantee.

Access was also highlighted as a concern, both in terms of physically getting to the building, and into the building. While three out of four respondents said there was a ramp at the building’s entrance, under half (46%) said that their building had a lift.

Patients reported difficulties caused by poor building design and access, including narrow corridors; doctors having to come downstairs to see patients; and difficulties moving around the buildings in wheelchairs due to lack of space to turn and manoeuvre.

Travelling to GP premises also emerged as a concern: both public transport and travel by car were commonly cited as difficult, particularly as few premises offered parking space.

In some cases, this was because the buildings were in urban areas, sometimes above shops, and in others, the premises were located on busy roads with no space for extra parking.

But this was particularly problematic for people whose mobility was poor or where the surgery wasn’t near their home. Participants attached value to a practice being nearby.

Four in 10 respondents said that their GP practice building was a poor environment that made them feel anxious or stressed. With research suggesting that bright, comfortable and well-designed spaces promote healing and have a positive effect on patients and staff, it is worrying that so many buildings are inadequate and lacking in a comfortable environment for patients, says the Patients Association.

Chief executive Rachel Power, commented: “It’s a huge concern that the majority of people completing our survey reported issues relating to privacy and confidentiality at their local surgery – this goes against the law and official NHS guidance, and needs to be addressed. Patients who are sick and unwell will already be anxious about going to see a GP – the last thing they should need to worry about is whether their private conversations will be overheard by other people.”

She continued: “We recommend that all existing and new GP premises should ensure that people with disabilities are able to easily access the building and internal rooms, and that health and safety and disability legislation is always applied. Our other recommendations are based on what patients have told us they want to see: adequate parking and good transport links; improved signage throughout buildings; and better air quality control in waiting rooms.”

She added: “Despite the concerns that people have, it’s clear that patients value the NHS and seek high quality care as a first priority when they visit their GP. Funding should primarily go into improving standards of care- and patients agree that this should be the case- but it should not be ignored that many buildings housing general practice are often old and in need of serious investment.”
*Patients’ views on making best use of GP premises. The Patients Association, January 2019.
OnMedica
Editorial team, Wilmington Healthcare
Follow
OnMedica provides high-quality, easy to digest content and CPD for UK-based GPs and clinicians. Our team of expert editors and clinicians develops content across a wide range of topics in a variety of formats—expert articles, bitesize news and quizzes, courses, videos, and more. You can explore OnMedica via the homepage, drop down menu or by typing your topic of choice in the search bar. Why not find out how OnMedica can help you to keep up to date quickly and easily? 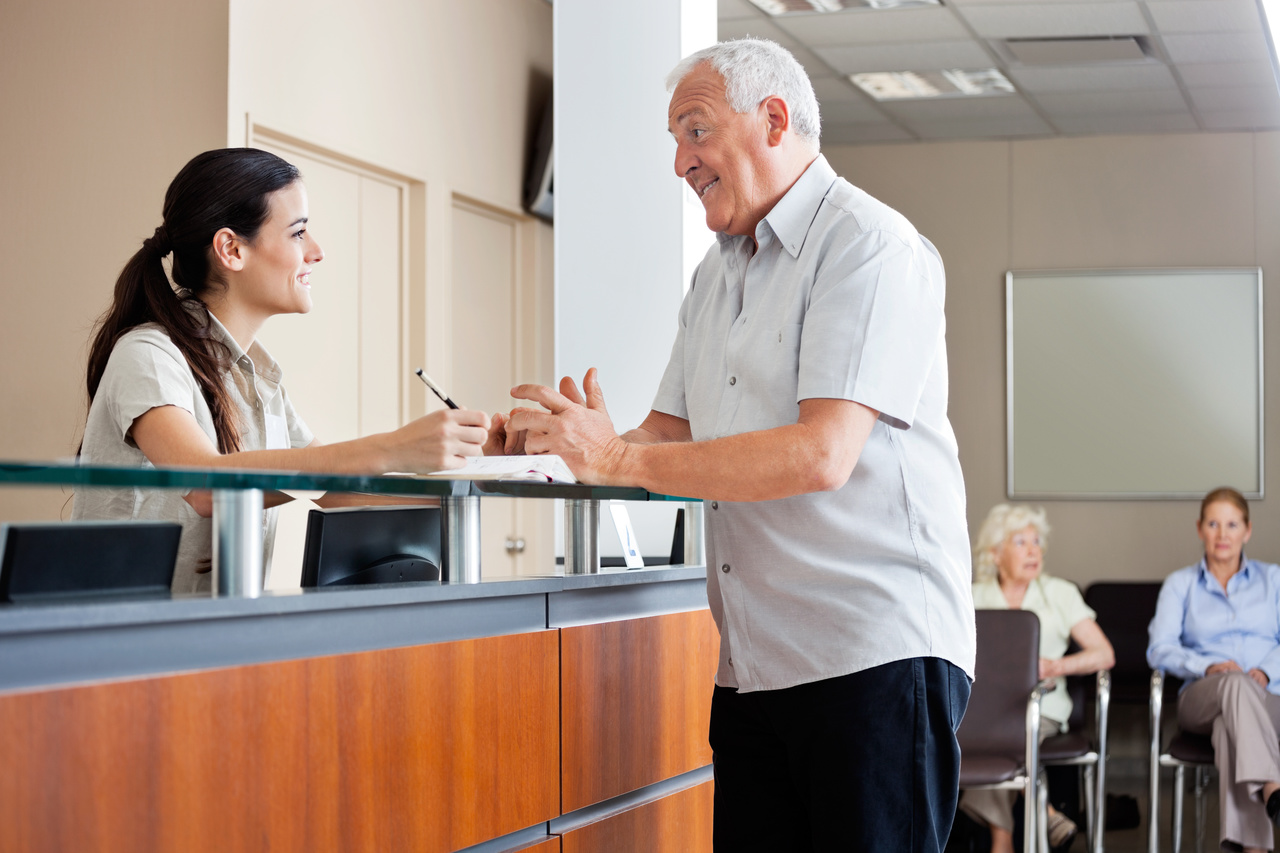