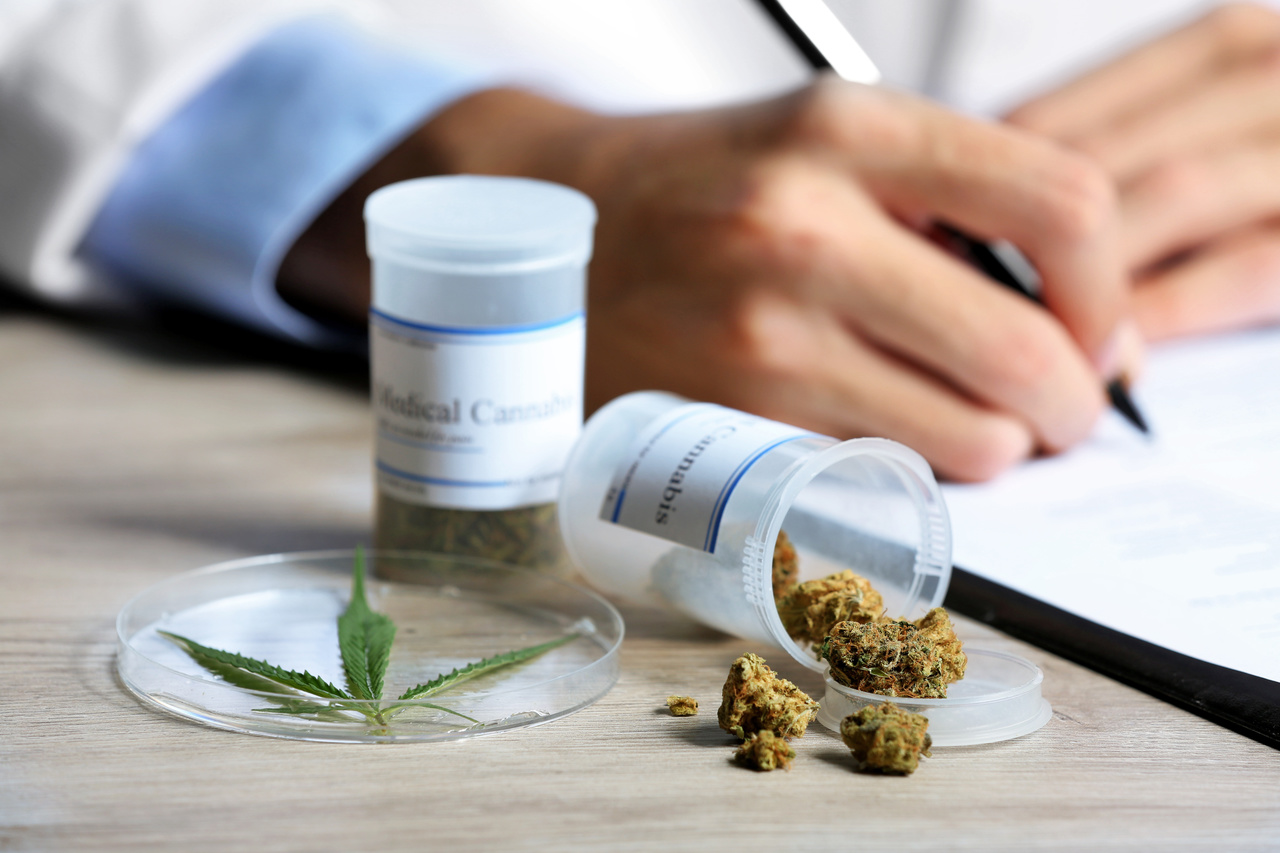 The National Institute for Health and Care Excellence (NICE) has published final draft guidance which recommends avatrombopag (Doptelet), within its marketing authorisation, as an option for treating severe thrombocytopenia in adults with chronic liver disease having planned invasive procedures. The scope of the technology appraisal also includes lusutrombopag.

In addition, platelets can be stored only for a short time. This may delay people getting platelets in time for their procedure. However, avatrombopag and lusutrombopag need to be taken more than a week before a procedure, so cannot be used for emergency procedures.

NICE has published interventional procedures guidance on bilateral cervicosacropexy (CESA) or vaginosacropexy (VASA) using mesh for pelvic organ prolapse in adults. The procedure involves replacing weakened or stretched ligaments that support the uterus and hold the pelvic organs in place with mesh tape.

NICE finds the evidence on the safety and efficacy of CESA or VASA using mesh for pelvic organ prolapse is inadequate in quantity and quality. Therefore, NICE says this procedure should only be used in the context of research, and recommends further research should include randomised controlled trials, and report details of patient selection, technique, improvement in the prolapse, procedure-related adverse events and patient-reported outcome measures.

NICE has published evidence-based recommendations on MRI-guided laser interstitial thermal therapy for drug-resistant epilepsy in adults and children, which involves inserting a laser into the area of the brain causing seizures. NICE says the evidence on the safety of MRI-guided laser interstitial thermal therapy for drug-resistant epilepsy shows there are serious but well-recognised safety concerns. In addition, the evidence on its efficacy is limited in quality. Therefore, NICE says this procedure should only be used with special arrangements for clinical governance, consent, and audit or research.

New guidelines from the Royal College of Physician offers updated guidance on the diagnosis, assessment, care and management of patients with prolonged disorders of consciousness.

Prolonged disorders of consciousness following sudden onset brain injury: National clinical guidelines is an updated version of the 2013 guidelines, incorporating guidance on the new legal situation and developments in assessment and management. It aims to support doctors, other clinicians, families and health service commissioners to ensure that everyone is aware of their legal and ethical responsibilities.

Pharmaswiss Česka republika s.r.o. (an affiliate of Bausch & Lomb UK Limited) is recalling all unexpired batches of Emerade 150 microgram auto-injectors from patients due to an error in one component of the auto-injector believed to cause some pens to fail to activate and deliver adrenaline.

AOP Orphan Pharmaceuticals AG is recalling all unexpired stock of a batch of Tetrabenazine 25 mg tablets (from pharmacies and wholesalers) as a precautionary measure due to out of specification results for the assay, obtained during routine stability testing.

FASTER ACCESS TO CANNABIS-BASED MEDICINES AS IMPORT RESTRICTIONS ARE CHANGED

The Department of Health and Social Care has announced import restrictions have been changed to help ensure people with prescriptions for cannabis-based products for medicinal use do not have their treatment delayed or interrupted.

The changes will help patients with conditions such as rare, serious forms of epilepsy or multiple sclerosis.

Most cannabis-based medicines are imported from foreign countries. Export restrictions mean it can take weeks or months for the drugs to reach the patients in the UK. For example, in Canada, an export certificate can take four to eight weeks.

In addition, safeguards against addiction and the misuse of drugs mean that patients with prescriptions for unlicensed medicines, such as medicinal cannabis, need to have their prescription reviewed every 30 days by specialist doctors, which can lead to delays in treatment if there are also delays to imports.

The new measures will be implemented by the Home Office and the MHRA from 2 March.

INNOVATIVE FEVER, HEADACHE AND PAINKILLING DRUG FOR CHILDREN TO BE FUNDED

A treatment for people with Periodic fever syndromes, causing repeated bouts of fever, joint pains and swelling, is to be funded on the NHS, NHS England has announced (see OnMedica article).

On World Rare Diseases Day (Saturday 29 February) the NHS confirmed a deal for canakinumab, which modifies the immune system, turning off the inflammation process, significantly reducing the number of ‘flares’ children and adults experience.

Current treatments which include anti-inflammatory and immune-suppressing drugs such as high-dose steroids and ibuprofen are not always effective, and some may cause side effects including weight gain, skin and bone thinning and susceptibility to diabetes and infections.

Another treatment option is Anakinra which does not work for everyone and is taken daily via an injection which can be unpleasant for patients. Canakinumab is only injected every 8-12 weeks and is transformative – allowing patients to live more normal lives.

Mental health crisis teams will be strengthened and new alternative forms of provision such as safe havens and crisis cafes will open across the country, NHS England has announced.

More than £200 million of national funding has been allocated to local areas to transform urgent and emergency mental health care through a network of services over the next two years.

Just under half of NHS mental health crisis teams currently operate on a 24/7 basis but under the plans, every single one will offer round the clock support.

Services such as safe havens and crisis cafes are usually provided by the voluntary sector or NHS and tend to be rated highly by patients. Another £140 million will bolster these services further from 2021 onwards.

Every local health service has signed up to having around the clock community mental health crisis service by 2021 – with people able to self-refer to in the same way they can for urgent physical health care – mostly over the phone but also online or by simply dropping in.

Friends, families and other professionals who may be supporting people experiencing a mental health crisis, such as police and ambulance staff will also be able to access the teams 24 hours a day, seven days a week.

IN USE PRODUCT SAFETY ASSESSMENT REPORT FOR FIASP®▼PUBLISHED

Fiasp®▼ is a new formulation of insulin aspart (that incorporates nicotinamide and L-arginine hydrochloride). It has been described as an ‘ultra fast acting insulin’.  The addition of another insulin aspart product to the two already available has the potential to create further confusion in the prescribing, dispensing, and administration of these products, therefore the Specialist Pharmacy Service has published a review which aims to summarise the safety concerns that should be considered.

The report found an increasing number of smokers now believe vaping is more harmful than smoking. This is out of line with expert reviews from the UK and US concluding that using regulated nicotine vaping products is far less harmful than smoking, says PHE.

The report identifies a need for continued monitoring of public perceptions, as the researchers fear that smokers are being deterred by safety fears from using e-cigarettes to quit. The report also warns that a ban on flavoured liquids could also deter some smokers from switching to e-cigarettes completely.

Smokers should continue to be encouraged to try regulated nicotine vaping products along with other stop smoking aids and behavioural support, to increase their chances of successfully stopping smoking.

The report also found health professionals need better information and training to support people with mental health conditions to use e-cigarettes to quit smoking. PHE has published advice on vaping in NHS mental health trusts. To promote consistency in smokefree policy and practice across such trusts, the advice recommends being clear about where people can and cannot vape in hospital grounds and buildings. 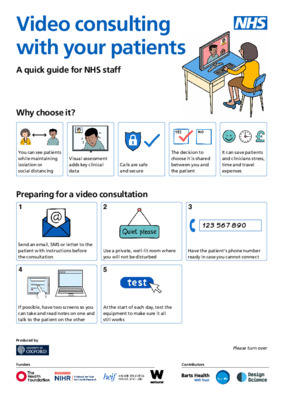 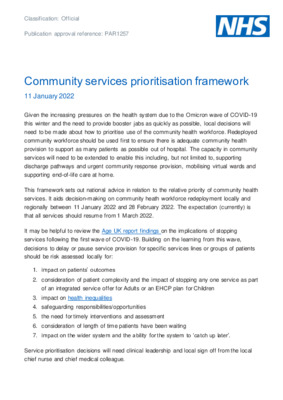 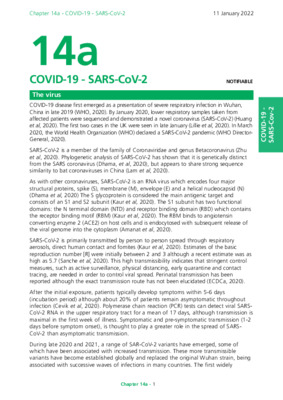