Author: Louise Prime
OnMedica
Editorial team, Wilmington Healthcare
Follow
E-cigarettes are almost twice as effective for smoking cessation as nicotine-replacement therapy (NRT), when both products were accompanied by behavioural support, according to a UK trial part-funded by Cancer Research UK (CRUK). The charity said the study*, published in The New England Journal of Medicine, should now reassure health professionals who have until now been reluctant to recommend their use because of the lack of clear evidence from randomised controlled trials.

The research team randomly assigned 886 adults attending NHS stop-smoking services to either NRT products of their choice, including product combinations, provided for up to three months; or to an e-cigarette starter pack (a refillable e-cigarette with one bottle of nicotine e-liquid, 18mg per millilitre). They offered both groups weekly behavioural support for at least four weeks. After one year’s follow-up, they compared abstinence rates between the groups, validated biochemically at the final visit; they also compared participant-reported treatment usage and respiratory symptoms.

They also found that the e-cigarette group reported significantly greater declines in the incidence of cough and phlegm production from baseline to 52 weeks compared with the NRT group (relative risk, RR for cough, 0.8; RR for phlegm 0.7), but the groups did not differ significantly in terms of the incidence of wheezing or shortness of breath.

The study authors concluded: “E-cigarettes were more effective for smoking cessation than nicotine-replacement therapy, when both products were accompanied by behavioural support.”

They pointed out that although, anecdotally, a large number of smokers have reported quitting successfully with the help of e-cigarettes, “health professionals have been reluctant to recommend their use because of the lack of clear evidence from randomised controlled trials”.

Sophia Lowes from CRUK said that this new trial “should give doctors, nurses, pharmacists and Stop Smoking Service advisers further confidence to recommend e-cigarettes as an effective means of quitting”.

She added: “What is clear is that using the support available from local Stop Smoking Services gives smokers the best chance of quitting. Everyone is different, so smokers shouldn’t be afraid to experiment and find what works for them.”
*Hajek P, Phillips-Waller A, Przulj D, et al. A randomized trial of e-cigarettes versus nicotine-replacement therapy. NEJM; published online January 30, 2019: DOI: 10.1056/NEJMoa1808779.
OnMedica
Editorial team, Wilmington Healthcare
Follow
OnMedica provides high-quality, easy to digest content and CPD for UK-based GPs and clinicians. Our team of expert editors and clinicians develops content across a wide range of topics in a variety of formats—expert articles, bitesize news and quizzes, courses, videos, and more. You can explore OnMedica via the homepage, drop down menu or by typing your topic of choice in the search bar. Why not find out how OnMedica can help you to keep up to date quickly and easily? 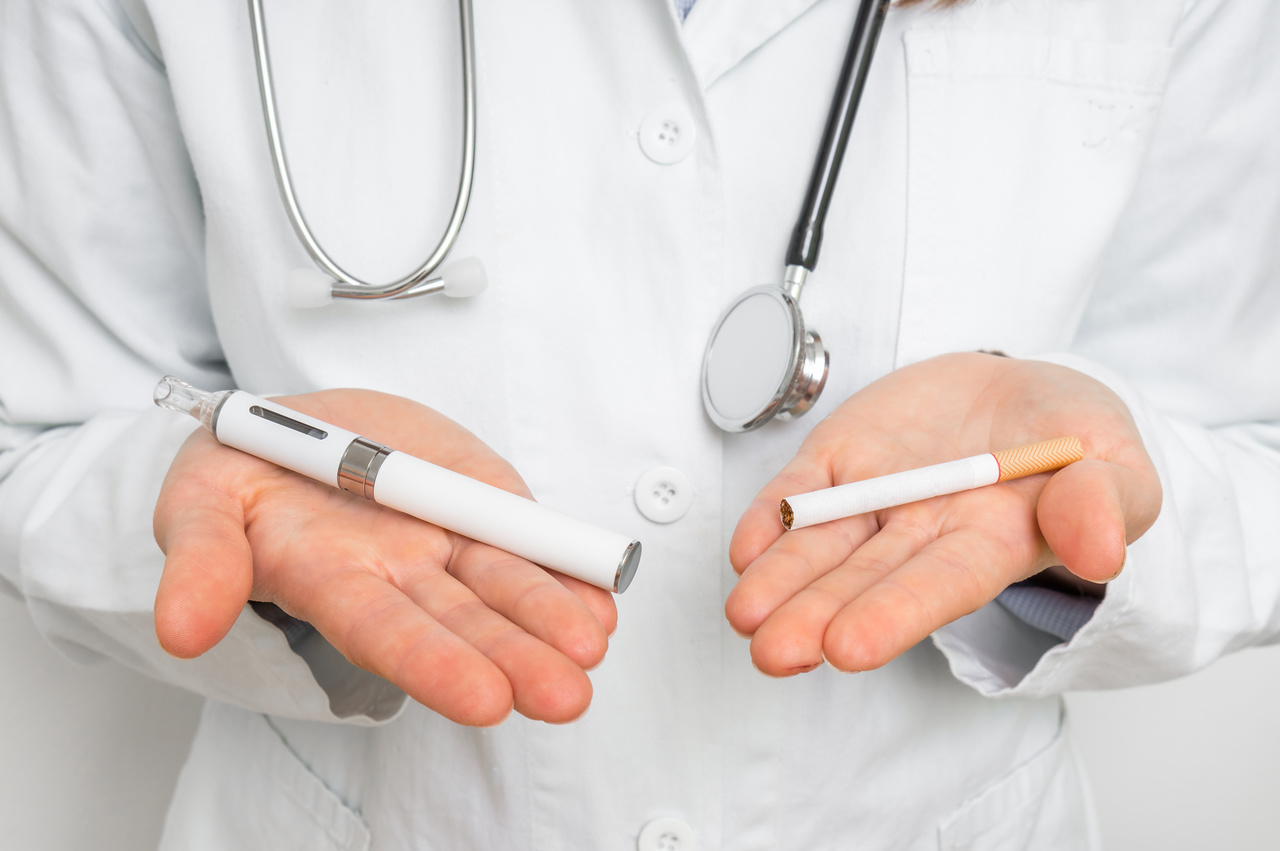