This site is intended for UK-based healthcare professionals only.
Specialist info: Oncology

Find out about the latest findings from selected research published in oncology journals this month.
OnMedica
Editorial team, Wilmington Healthcare
Follow
Like

A prospective, randomised phase 2 non-inferiority trial in JAMA Oncology assessed the relative efficacy of high-dose, single-fraction SBRT vs standard MFRT for pain relief to address the lack of consensus as to the optimal radiotherapy dose and fractionation schedule for treating bone metastases. 160 patients (96 men, 64 women, mean age: 62.4 years) with mostly non-spine bone lesions were randomly assigned to receive single-fraction SBRT (n=81) (12 Gy for ≥4-cm lesions or 16 Gy for <4-cm lesions) or MFRT(n=79) to 30 Gy in 10 fractions. Single-fraction radiation led to more patients experiencing complete or partial pain response at 2 weeks, 3 months, and 9 months compared with standard MFRT. The authors conclude delivering high-dose, single-fraction SBRT seems to be an effective treatment option for patients with painful bone metastases. Among evaluable patients, SBRT had higher rates of pain response (complete response + partial response) than did MFRT and thus should be considered for patients expected to have relatively long survival.

A randomised phase III trial in the Journal of Clinical Oncology sought to determine whether vaginal cuff brachytherapy and chemotherapy (VCB/C) increases recurrence-free survival (RFS) compared with pelvic radiation therapy (RT) in high-intermediate and high-risk early-stage endometrial carcinoma. 601 eligible patients with endometrial cancer (median age 63 years, 74% with stage I disease) were randomly assigned between RT (45 to 50.4 Gy over 5 weeks) or VCB followed by intravenous paclitaxel 175 mg/m2 (3 hours) plus carboplatin (area under the curve, 6) every 21 days for three cycles. Histologies included endometrioid (71%), serous (15%), and clear cell (5%). With a median follow-up of 53 months, the 60-month RFS was 0.76 for both RT and VCB/C. The 60-month overall survival was 0.87 for RT and 0.85 for VCB/C. Vaginal and distant recurrence rates were similar between arms. Pelvic or para-aortic nodal recurrences were more common with VCB/C (9% v 4%). VCB/C does not therefore appear to be superior to pelvic RT and the authors note acute toxicity was greater with VCB/C. They conclude pelvic RT alone remains an effective, well-tolerated, and appropriate adjuvant treatment in high-risk early-stage endometrial carcinomas of all histologies.

Accurate estimation of survival is important for clinical decision making when caring for caring for advanced cancer patients. Researchers writing in Cancer, carried out a secondary observational analysis of data obtained from a cluster randomised controlled trial in the US to assess the accuracy of 2‐year survival probabilities estimated by oncologists (n=38), patients (n=263, with advanced non-hematologic cancer), and caregivers (n=193). Discrimination within each group was evaluated using the C statistic; calibration was assessed by comparing observed to predicted 2‐year mortality using the chi‐square statistic. The median survival from study entry was 18 months, and 41.8% of patients survived for 2 years. C statistics for oncologists, patients, and caregivers were 0.81, 0.62, and 0.72, respectively; oncologists’ predictions were better than the predictions of both patients and caregivers. Oncologists also had superior calibration: their predictions of 2‐year survival were similar to actual survival, whereas patients’ and caregivers’ predictions diverged significantly from actual survival. Although most oncologists’ predictions were classified as realistic (62.0%), approximately one‐half of patients’ and caregivers’ predictions (50.0% and 46.0%, respectively) were unduly optimistic. Among patients, non-white and higher levels of social wellbeing predicted undue optimism.

Research in the BJC investigated the prognostic role of hypoxia and angiogenesis in endometrial carcinoma (EC) patients. Tumour slides from EC patients were stained by immunofluorescence for carbonic anhydrase IX (CAIX) as hypoxic marker and CD34 for assessment of microvessel density (MVD). CAIX expression was determined in epithelial tumour cells, with a cut-off of 1%. MVD was assessed according to the Weidner method. Correlations with disease-specific survival (DSS), disease-free survival (DFS) and distant disease-free survival (DDFS) were calculated using Kaplan–Meier curves and Cox regression analysis. 63 (16.4%) of 385 ECs showed positive CAIX expression with high vascular density. These ECs had a reduced DSS compared to tumours with either hypoxia or high vascular density. Multivariable analysis showed that hypoxic tumours with high vascular density had a reduced DSS (hazard ratio [HR] 3.71), DDFS (HR 2.68) and a trend for reduced DFS (HR 1.87). This study shows adverse outcome in hypoxic ECs is seen in the presence of high vascular density, therefore suggesting an important role of angiogenesis in the metastatic process of hypoxic EC. The authors suggest differential adjuvant treatment might be indicated for these patients.

As statins are thought to have the potential to improve outcomes in men with prostate cancer (PC), a retrospective cohort study in the European Journal of Cancer tried to identify the most appropriate target patient population and type of statins to inform further research. The study included 5,749 men with locally advanced and metastatic PC who received only androgen deprivation therapy (ADT) in the first year after their cancer diagnosis. Statin users were defined as anyone who was prescribed statins for >28 days. Overall, 2,259 patients died, and 1,495 of them died of PC during a median follow-up of 3.6 years from one year after their diagnosis. Statin use was associated with significant reductions in all-cause mortality (HR= 0.78, 95% CI 0.70–0.86) and PC-specific mortality (HR =0.76, 95% CI 0.68–0.86) for metastatic disease and all-cause mortality (HR= 0.66, 95% CI 0.54–0.81) for locally advanced disease. Patients who received atorvastatin, pravastatin, rosuvastatin or pitavastatin showed a stronger reduction in mortality than those who received other statins. Benefits of statins were consistently observed in men who received post-diagnostic statins, even in those with high comorbidities or an old age.

Involving GPs during curative cancer treatment
Positive effect of GP involvement on patient satisfaction with care, but not on quality of life

While the role of primary care providers (PCP) is increasingly recognised by policy makers and healthcare professionals in the post-treatment phase of cancer, their role during treatment is so far largely undefined. A systematic review in BMJ Open of research focusing on interventions designed to involve the GP during curative cancer treatment included five randomised controlled trials (RCTs), and one controlled clinical trial (CCT). Interventions and effects were heterogeneous across studies. Four studies implemented interventions focussing on information transfer to the GP and two RCTs implemented patient-tailored GP interventions. The studies have a low–medium risk of bias. Three studies show a low uptake of the intervention. A positive effect on patient satisfaction with care was found in three studies. Subgroup analysis suggests a reduction of healthcare use in elderly patients and reduction of clinical anxiety in those with higher mental distress. No effects are reported on patients’ quality of life (QoL). The authors call for more robust evidence for tailored interventions to enable the efficient and effective involvement of the GP during curative cancer treatment. 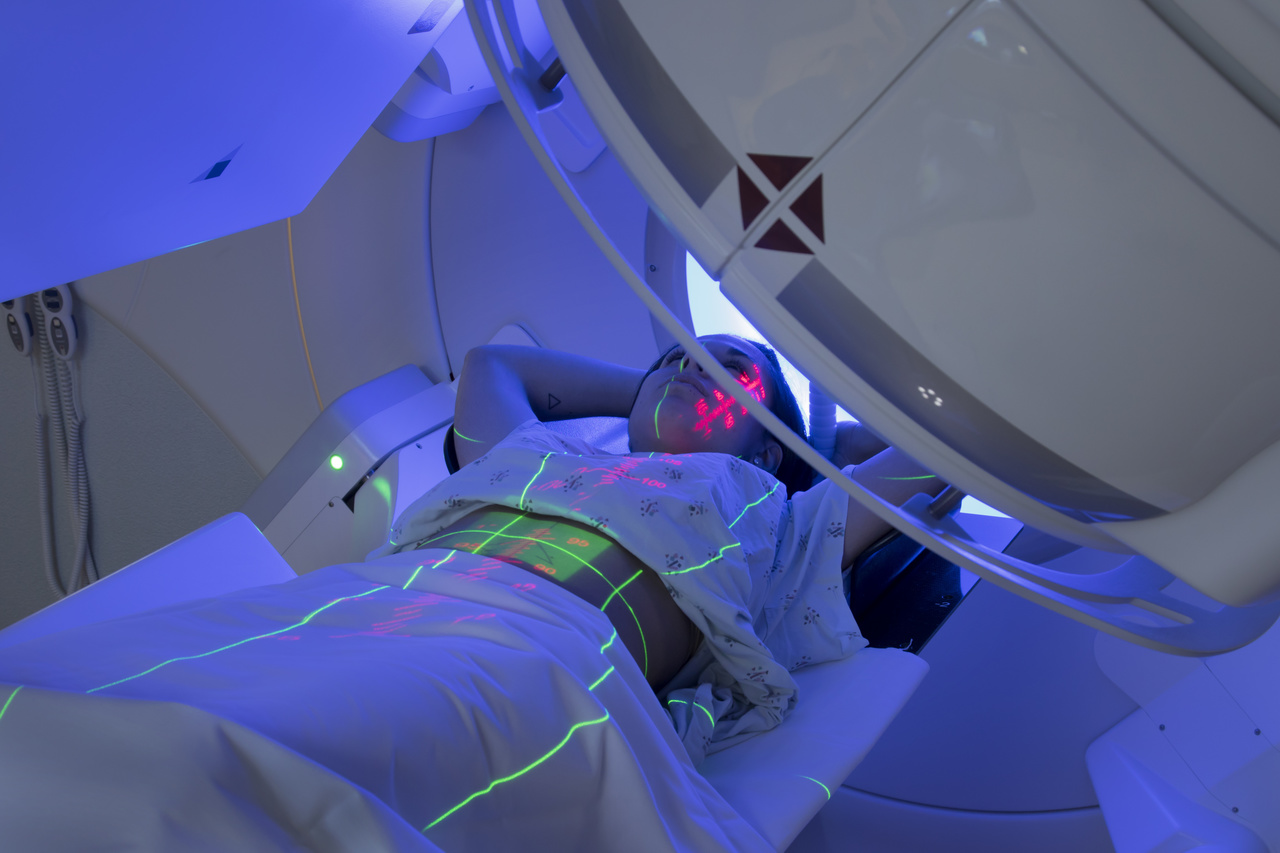 Find out about the latest findings from selected research published in oncology journals this month.