Statins: half of patients don't reach optimal cholesterol level after 2 years
Although statins are recognised as being effective in lowering cholesterol and reducing the risk of future cardiovascular disease (CVD) events for both primary or secondary prevention, research suggests they are associated with variations in cholesterol response. A prospective cohort study, in Heart, therefore looked at the LDL-C response of 165,411 eligible primary care patients. This showed that 84,609 (51.2%) patients had a sub-optimal LDL-C response (<40% reduction in baseline LDL-C) to initiated statin therapy within 24 months. During a median follow-up of 6.2 years, there were 12,142 CVD events in sub-optimal responders and 10,656 in optimal responders. After taking account of potentially influential factors, sub-optimal responders were 22% more likely to develop CVD than those who did respond well. The authors suggest several factors may be behind the difference in response, but genetic make-up and an inability to stick to treatment may explain some of the observed variation, and they call for personalised medicine in lipid management for patients. An accompanying commentary describes the high rate of poor responders as “clearly alarming”, suggesting the reasons may lie as much with doctors as with patients and argues that “patients and society should be educated on the scientific evidence documenting the benefits of lipid lowering therapy”.

Which statins to use for the prevention of recurrent ischaemic events
Following reading the study above, Dr Lydgate was interested to see a study looking at the relative safety and efficacy of different statins, an area requiring more evidence. The authors, writing in BMC Medicine, set out to compare benefits and harms in a systematic review and network meta-analysis which included nine trials (10,741 patients, median follow-up period: 2.5 years). Findings include: statins did not seem to modify all stroke and all-cause mortality outcomes, but were associated with a decreased risk of ischemic stroke (absolute risk difference, ARD, − 1.6% [95% CI, − 2.6 to − 0.6%]), ischemic stroke or TIA (ARD, − 4.2% [95% CI, − 6.2 to − 2.1%]) and cardiovascular event (ARD, − 5.4% [95% CI, − 6.8 to − 3.6%]). They did not seem to modify rhabdomyolysis, myalgia, or rise in creatine kinase. In the comparison of different statins, moderate- to high-quality evidence indicated that differences between pharmaceutical products seemed modest, with high doses (e.g. atorvastatin 80 mg/day and simvastatin 40 mg/day) associated with the greatest benefits. The authors conclude that evidence strongly suggests statins are associated with a reduction in the absolute risk of ischemic strokes and cardiovascular events. However, differences in effects among statins were modest, signalling potential therapeutic equivalence. Thus, it may be less about what statin is used but more about what type of patient they are used upon to gain the most clinical benefit.

Non-surgical brain stimulation for major depressive episodes
Drug interventions and psychological therapies are the most commonly prescribed treatments for major depression, with non-surgical brain stimulation techniques often used third line. The findings of a systematic review and meta-analysis in The BMJ, which set out to estimate the comparative clinical efficacy and acceptability of these techniques, now provide evidence for the consideration of non-surgical brain stimulation techniques as alternative or add-on treatments. The research included 113 trials (262 treatment arms) that randomised 6,750 patients (mean age 47.9 years; 59% women) with major depressive disorder or bipolar depression. 10 out of 18 treatment strategies were associated with higher response compared with sham therapy, including: bitemporal electroconvulsive therapy (ECT) (summary odds ratio 8.91, 95% confidence interval 2.57 to 30.91), high dose right unilateral ECT (7.27, 1.90 to 27.78), and priming transcranial magnetic stimulation (6.02, 2.21 to 16.38). In addition, network meta-analytic estimates of active interventions contrasted with another active treatment indicated that bitemporal ECT and high dose right unilateral ECT were associated with increased response. All treatment strategies were at least as acceptable as sham therapy. The authors call for further research comparing novel treatments, and sham controlled trials investigating magnetic seizure therapy.

Continuous subcutaneous insulin infusion in children with type 1 diabetes
Previous research has shown that patients with type 1 diabetes treated with intensive insulins regimens - multiple daily injections (MDI) and continuous subcutaneous insulin infusion (CSII) - achieve superior glycaemic control. A pragmatic randomised controlled trial and economic evaluation in The BMJ set out to compare the efficacy, safety, and cost utility of each regimen during the first year following diagnosis of type 1 diabetes in children and young people. 294 eligible participants (aged 7 months to 15 years) were randomised within 14 days of diagnosis and 293 included in intention to treat analyses (CSI, n=144; MDI, n=149). At 12 months, mean HbA1c was comparable with clinically unimportant differences between CSII and MDI participants. Achievement of HbA1c lower than 58 mmol/mol was low among the two groups (46% CSII participants vs 55% MDI participants). Incidence of severe hypoglycaemia and diabetic ketoacidosis were also low in both groups. 54 vs 17 non-serious and 14 vs 8 serious adverse events were reported during CSII and MDI treatments, respectively. Parents (but not children) reported superior quality of life for their children treated with CSII compared to those treated with MDI. CSII was more expensive than MDI by £1,863 per patient, with no additional QALY gains. The authors conclude no clinical benefit of CSII over MDI was identified in children and young people in the UK setting, and treatment with either regimen was suboptimal in achieving HbA1c thresholds. CSII was not cost effective.

Efficacy and safety of dual SGLT 1/2 inhibitor in type 1 diabetes
Sotagliflozin is a novel, first-in-class, dual sodium glucose co-transport (SGLT) 1/2 inhibitor that inhibits intestinal glucose absorption as well as renal glucose reabsorption. A meta-analysis, in the BMJ, of six randomised placebo-controlled trials (n=3,238, duration 4-52 weeks), looked at the treatment’s efficacy and safety in type 1 diabetes mellitus. It showed that sotagliflozin improves glycaemic and non-glycaemic outcomes, including markers of diabetic nephropathy, and also reduces hypoglycaemia (weighted mean difference −9.09 events per patient year, −13.82 to −4.36) and severe hypoglycaemia (relative risk 0.69, 0.49 to 0.98). However, the drug increased the risk of ketoacidosis (relative risk 3.93, 1.94 to 7.96), genital tract infections (3.12, 2.14 to 4.54), diarrhoea (1.50, 1.08 to 2.10), and volume depletion events (2.19, 1.10 to 4.36). Initial HbA1c and basal insulin dose adjustment were associated with the risk of diabetic ketoacidosis. A sotagliflozin dose of 400 mg/day was associated with a greater improvement in most glycaemic and non-glycaemic outcomes than the 200 mg/day dose, without increasing the risk of adverse events. The authors suggest the risk of diabetic ketoacidosis could be minimised by appropriate patient selection and down-titration of the basal insulin dose.

Musculoskeletal conditions: physiotherapist as an alternative to a GP
Since November 2015 physiotherapists working in primary care have become first contact practitioners for the assessment and management of patients with musculoskeletal conditions instead of GPs. The BJGP has published an evaluation of the data from the outcomes and a patient experience questionnaire from two GP practices. A total of 8,417 patient contacts were made, with the majority managed within primary care (87.3%) and 60.4% requiring self-management alone. Referrals to orthopaedics were substantially reduced in both practices: from 1.1 to 0.7 per 1,000 patients for one practice; and from 2.4 to 0.8 per 1,000 patients for the other. 86% of referrals to orthopaedics were considered ‘appropriate’. Extended scope physiotherapists asked for a GP review in 1% of patients. According to the authors, the results suggest patients with musculoskeletal conditions may be assessed and managed independently and effectively by physiotherapists instead of GPs. They say this has the potential to significantly reduce workload for GPs as the service required minimal GP support; Dr Lydgate would think that bypassing the GP with a direct referral from reception would be required to achieve the workload reduction. The study showed the majority of patients were managed within primary care, with low referral rates and highly appropriate referrals to orthopaedics. Patients reported positive views regarding the service.

Optimising drug regimen and dose in TB patients
Tuberculosis (TB) remains the number one infectious disease killer, with patients failing treatment despite use of multidrug curative treatment. Researchers writing in PLOS Medicine suggest the potential reason for suboptimal response is reduced drug penetration to the diverse lung lesions formed by the host immune system, in which the bacteria remains in the secluded areas inaccessible to the drug. They therefore developed a mathematical model for seven major TB drugs by utilising actual patient data (n=15 patients), which describes the amount and rate of drug penetration into nine distinct TB lesions in which mycobacteria reside. This revealed the majority of TB drugs had poor penetration into the cavitary lesions, leading to inadequate drug levels at the site of the disease. Multidrug-level simulations to identify favourable drug combinations for cure at the site of infection showed a combination of clofazimine (CFZ) and moxifloxacin (MFX) or CFZ and linezolid (LZD) would be optimal for patients presenting with caseous lesions. The authors conclude drugs do not penetrate equally in different tissues, and therefore the current one regimen to fit all approaches is inadequate to treat every patient. To maximise cure, a patient-focused approach is needed for which clinical phenotype should be used to match the right drug regimen to the right patient. 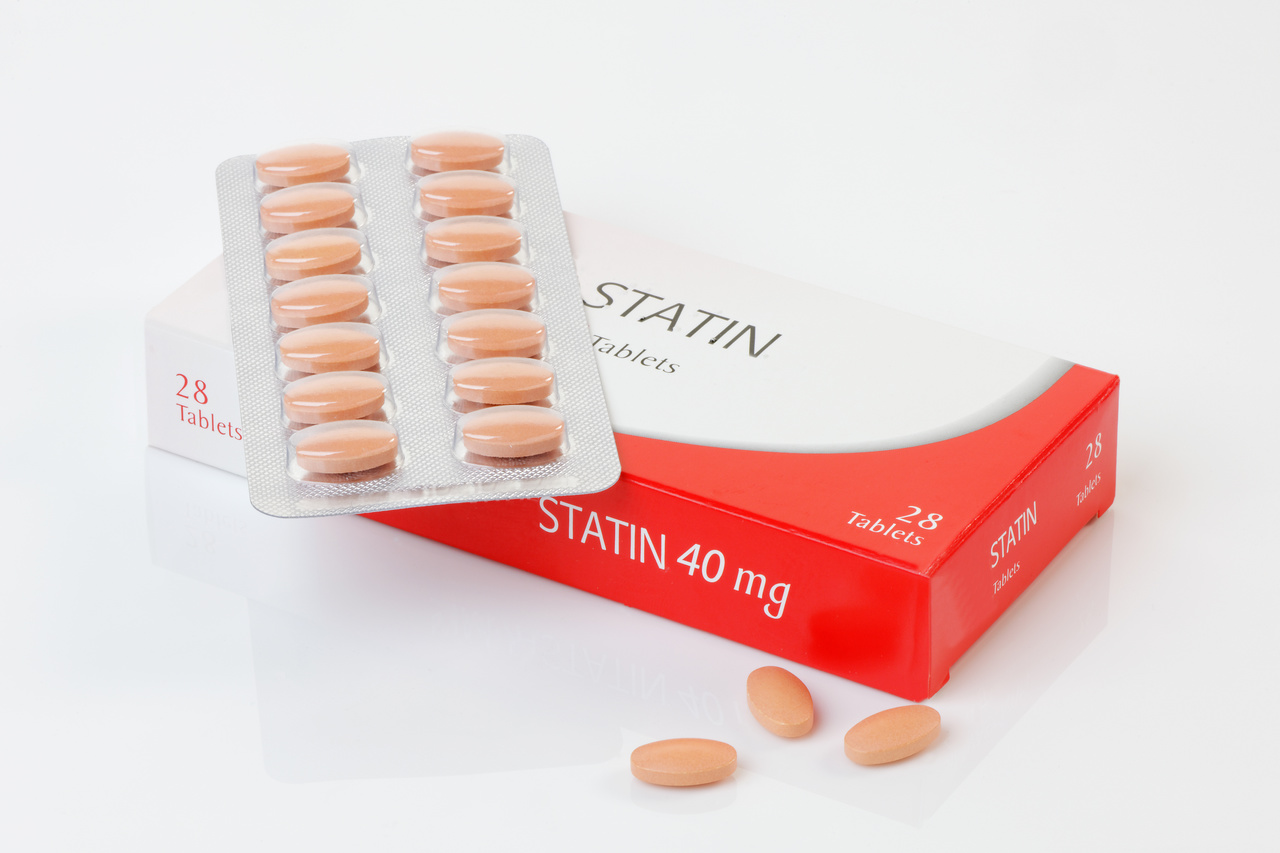