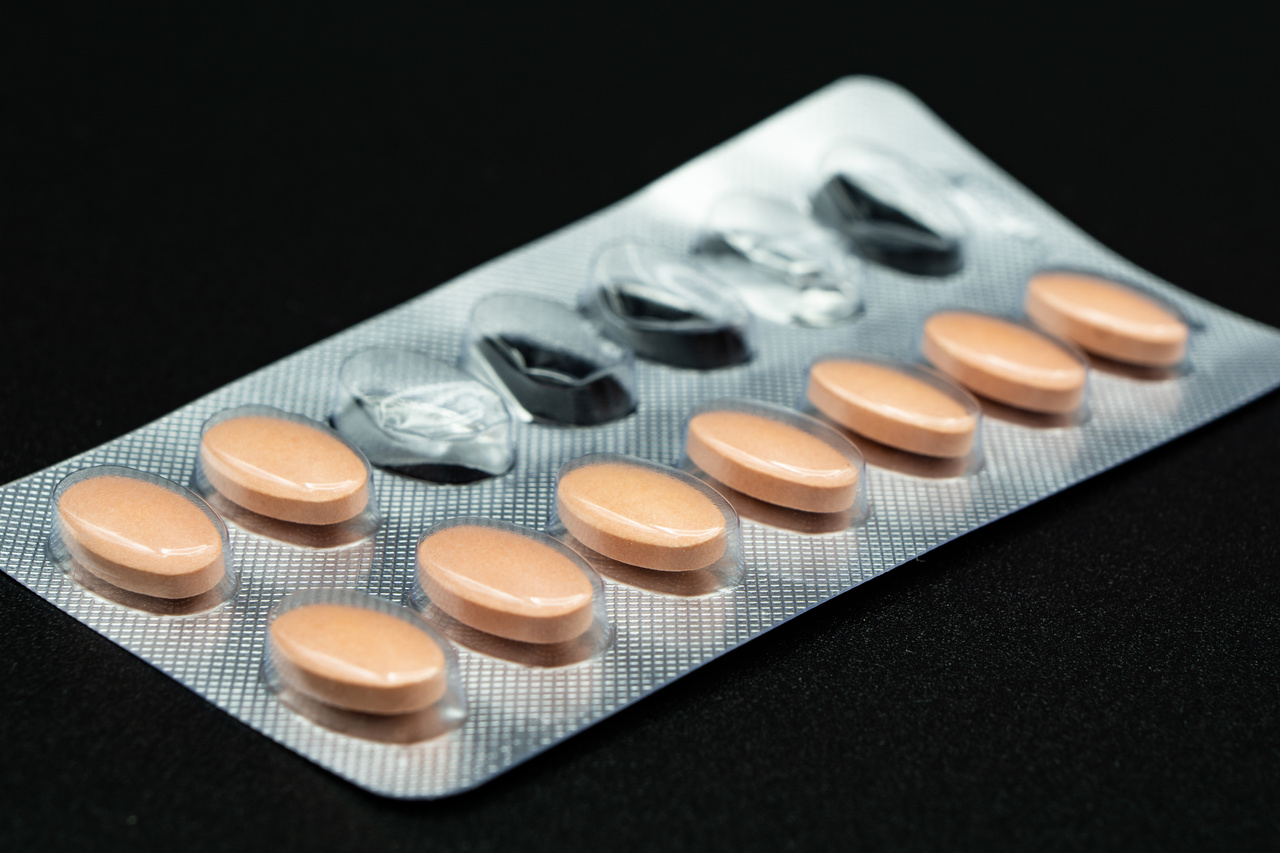 The effectiveness of statins in the prevention of cardiovascular disease is well recognised and several studies are seeking to determine whether these drugs are beneficial for other conditions. As previous research has shown statins are associated with a lower risk of gallstone disease, a large observational study in GUT explored if such association is also true with biliary tract cancers (BTC). The study, which included 3,118 BTC cases and 15,519 cancer-free matched controls, showed that compared with non-use of statins, current statin use was associated with 12% lower risk of BTCs. The reduced risks were most pronounced among long-term users. A risk reduction with current statin use was also observed among participants with diabetes. No association was found with former statin use. The authors say that, if replicated, particularly in countries with a high incidence of BTCs, the findings could pave the way for evaluating the value of statins for BTC chemoprevention.

Hypotension is of particular relevance for patients with heart failure (HF), since almost all HF drugs cause lowering of blood pressure (BP) and it is associated with a poor prognosis. According to a large cohort study in BMJ Open of 18,677 patients with incident HF in UK primary care, hypotension occurs frequently. 13.7% of patients developed hypotension during a mean follow-up of 3.31 years. The incidence of hypotension was 3.17 cases per 100 patient-years, and was markedly increased in women aged 18–39 years (17.72 cases per 100 patient-years). Hypotension risk factors included high healthcare utilisation, previous hypotensive episodes, renal failure and use of aldosterone antagonists, angiotensin-converting enzyme inhibitors and angiotensin receptor blockers. The authors say the findings may help identify patients most likely to benefit from close BP monitoring and call for further research on the increased incidence of hypotension in young women with HF.

CRP-guided antibiotics prescribing for COPD exacerbations
Led to lower antibiotic prescriptions, with no evidence of harm

2019 saw the launch of a UK-wide action plan to fight antimicrobial resistance with a key target to reduce inappropriate antibiotic prescribing. Research in this area is therefore welcome, such as a new study in the NEJM on the use of point-of-care testing of C-reactive protein (CRP) to reduce unnecessary antibiotics use in patients with acute exacerbations of chronic obstructive pulmonary disease (COPD). 653 COPD patients with an exacerbation were randomly assigned to receive usual care guided by CRP point-of-care testing or usual care alone. Fewer patients in the CRP-guided group reported antibiotic use than in the usual-care group (57.0% vs. 77.4%). At two weeks, the adjusted mean difference in the total score on the Clinical COPD Questionnaire, to measure COPD-related health status, was −0.19 points in favour of the CRP-guided group. The antibiotic prescribing decisions made by clinicians at the initial consultation were ascertained for all but one patient, and antibiotic prescriptions issued over the first four weeks of follow-up were ascertained for 96.9% of the patients. A lower percentage of patients in the CRP-guided group than in the usual-care group received an antibiotic prescription at the initial consultation (47.7% vs. 69.7%) and during the first four weeks of follow-up (59.1% vs. 79.7%). Dr Lydgate feels point-of-care CRP testing has the potential to substantially reduce unnecessary antibiotic prescribing.

Inflammatory marker testing in primary care
Not rule-out test, but CRP should generally be first-line diagnostic test for infections

Two studies in BJGP looked at the value in primary care of inflammatory marker testing, such as C-reactive protein (CRP), erythrocyte sedimentation rate (ESR), and plasma viscosity (PV), which are commonly used to diagnose and monitor various inflammatory and infective conditions, and cancers. The first cohort study, which included 136,961 patients, concluded that testing multiple inflammatory markers simultaneously does not increase the ability to rule out disease and should generally be avoided. However, CRP has marginally superior diagnostic accuracy for infections, and is equivalent for autoimmune conditions and cancers, so should generally be the first-line test. In the second cohort study, including 160,000 patients, results showed inflammatory markers have poor sensitivity (<50%) and should not be used as a rule-out test. False-positive results are common (anticipated 236 false-positives per 1,000 inflammatory marker tests performed) and lead to increased rates of follow-on GP consultations, tests, and referrals.

A systematic review and network meta-analysis in The Lancet sought to rank the efficacy and tolerability of 32 oral antipsychotics for the acute treatment of adults with multi-episode schizophrenia. The research, which included 402 studies with data for 53,463 participants, shows there are some efficacy differences between antipsychotics, but most of them are gradual rather than discrete. However, differences in side-effects are more marked. Among other results, the authors found that effect size estimates suggest all antipsychotics reduced overall symptoms more than placebo, with standardised mean differences ranging from −0·89 (95% credible interval −1·08 to −0·71) for clozapine to −0·03 (−0·59 to 0·52) for levomepromazine. Mean differences compared to placebo for weight gain ranged from −0·16 kg (−0·73 to 0·40; ziprasidone) to 3·21 kg (2·10 to 4·31; zotepine), for prolactin elevation from −77·05 ng/mL (−120·23 to −33·54; clozapine) to 48·51 ng/mL (43·52 to 53·51; paliperidone) and for QTc prolongation from −2·21 ms (−4·54 to 0·15; lurasidone) to 23·90 ms (20·56 to 27·33; sertindole). The authors suggest the findings may help guiding treatment choice as clinicians consider the importance of each outcome, the patients' medical problems, and preferences.

Arthritis & Rheumatology published positive results from a pivotal phase III trial evaluating the efficacy, and safety of upadacitinib, a JAK1‐selective inhibitor, versus placebo and adalimumab in patients with rheumatoid arthritis (RA) and an inadequate response to methotrexate. Researchers randomly assigned 1,629 patients with inadequate response to methotrexate to once‐daily upadacitinib 15mg, placebo, or adalimumab 40mg, on stable background methotrexate. The results showed that upadacitinib was superior to placebo and adalimumab for improving signs, symptoms and physical function, and significantly inhibited radiographic progression versus placebo, while the overall safety profile was generally similar to adalimumab, except for higher rates of herpes zoster and CPK elevations on upadacitinib. The trial is ongoing and includes a 48-week randomised, double-blind treatment period followed by a long-term extension study of up to five years.

An updated Cochrane Review including three new studies has confirmed previous conclusions, showing that pregabalin, when used as an add‐on drug for treatment‐resistant focal epilepsy, is significantly more effective than placebo at producing a 50% or greater seizure reduction (risk ratio 2.28, 95% CI 1.52 to 3.42) and seizure freedom (risk ratio 3.94, 95% CI 1.50 to 10.37). Results from nine randomised controlled trials (n=3,327) demonstrated efficacy in the short term (12 to 14 weeks) for doses from 150 mg/day to 600 mg/day, with increasing effectiveness at 600 mg doses, however issues with tolerability were noted at higher doses. Pregabalin was significantly associated with the following adverse effects: ataxia, dizziness, fatigue, somnolence, and weight gain. In this update, the authors note the evidence suggests there is no significant difference in efficacy and harms between pregabalin and the other antiepileptic drugs (AEDs) gabapentin, levetiracetam, and lamotrigine; although 50% reduction in seizure frequency was more likely with pregabalin than with lamotrigine. The authors call for further research to focus on the longer‐term effectiveness of pregabalin versus placebo and the effects of pregabalin in children.

Hidradenitis suppurativa (HS) and inflammatory bowel disease (IBD) are inflammatory diseases that share common genetic susceptibility and immunologic features. However, the link between HS and IBD has been largely unclear. A systematic review and meta-analysis in JAMA Dermatology investigated the association further. Five case-control studies, two cross-sectional studies, and one cohort study with a total of 93,601 unique participants were included. Results showed participants with HS had 2.12-fold increased odds for Crohn disease and 1.51-fold increased odds for ulcerative colitis. One cohort study found a 5.6-fold increased risk of inflammatory bowel disease in patients with HS. The authors say patients with HS should therefore be informed about the increased risk of IBD. They add that symptoms such as recurrent abdominal pain, chronic diarrhoea, bloody stool, and body weight loss should not be overlooked and consultation with gastroenterologists should be sought.