Menu
This site is intended for UK-based healthcare professionals only.
Regulatory alerts

In 2017 NICE published a guideline on cerebral palsy in children and young people aged under 25 to help improve the diagnosis and management of cerebral palsy and reduce variation in clinical practice across the country. With the increasing life expectancy for children with cerebral palsy there is a need to improve the provision of services to allow a more joined-up transition from children’s to adult services – the guideline is designed to help with the process.

NICE has published final draft guidance which recommends venetoclax (Venclyxto) with rituximab for adults with relapsed or refractory chronic lymphocytic leukaemia (CLL) who have received at least one prior therapy. The most common first line treatment for CLL is chemotherapy and there are limited options after relapse. It is recommended only if the company provides it according to the commercial arrangement. At the first committee meeting in September 2018, NICE did not recommend venetoclax plus rituximab due to uncertainties in the evidence. Following further data submissions and clarification from the company, NICE concluded venetoclax plus rituximab in this circumstance is cost-effective.

NICE has published draft guidance which now recommends abemaciclib (Verzenios), in combination with an aromatase inhibitor, as an option for treating locally advanced or metastatic, hormone receptor-positive, human epidermal growth factor receptor 2 (HER2)-negative breast cancer as first endocrine-based therapy in adults. Abemaciclib is recommended only if the company provides it according to the commercial arrangement. The draft guidance concludes that abemaciclib (also called Verzenios and made by Eli Lilly) is as effective as both palbociclib and ribociclib which NICE already recommends for treating hormone receptor-positive, human epidermal growth factor receptor 2 (HER2) negative, locally advanced or metastatic breast cancer as initial hormone therapy.Following an improved patient access scheme for abemaciclib it is now cost effective relative to the others and can be recommended as an option for these patients. This means that patients will be able to access the drug immediately.

The Scottish Medicines Consortium (SMC) has accepted tiotropium (Spiriva® Respimat®) for use within NHS Scotland as add-on maintenance bronchodilator treatment in patients aged six years and older with severe asthma who experienced one or more severe asthma exacerbations in the preceding year. Tiotropium has previously been accepted for use in adult patients with asthma as add-on maintenance bronchodilator treatment.

Following a third resubmission assessed under the orphan equivalent process, the SMC has accepted pertuzumab (Perjeta®) for use within NHS Scotland, under a Patient Access Scheme, in combination with trastuzumab and docetaxel, in adult patients with HER2 positive metastatic or locally recurrent unresectable breast cancer, who have not received previous anti HER2 therapy or chemotherapy for their metastatic disease. The addition of pertuzumab to current first-line treatment, trastuzumab plus docetaxel, significantly increased progression-free and overall survival for women with HER2-positive metastatic or locally recurrent unresectable breast cancer.

The SMC has accepted tofacitinib (Xeljanz®) for restricted use within NHS Scotland, under a Patient Access Scheme, in combination with methotrexate for the treatment of active psoriatic arthritis in adult patients who have had an inadequate response or who have been intolerant to a prior disease-modifying antirheumatic drug (DMARD) therapy, and is limited for use in patients who have previously not responded adequately to at least two disease-modifying anti-rheumatic drugs. Two phase III studies demonstrated superiority of tofacitinib when compared with placebo in reducing signs and symptoms of psoriatic arthritis in patients who had not previously received a TNF inhibitor medication and in those with an inadequate response or intolerance to tumour necrosis factor inhibitors.

The SMC has accepted ertugliflozin (Steglatro®) for restricted use within NHS Scotland in adults aged 18 years and older with type 2 diabetes mellitus as an adjunct to diet and exercise to improve glycaemic control:

When used as monotherapy, it is restricted to patients who would otherwise receive a dipeptidyl peptidase-4 inhibitor and in whom a sulphonylurea or pioglitazone is not appropriate.

Following a full submission, the SMC has accepted semaglutide (Ozempic®) for restricted use within NHS Scotland for the treatment of adults with insufficiently controlled type 2 diabetes mellitus (T2DM) as an adjunct to diet and exercise:

The acceptation is limited to using semaglutide in addition to other oral anti-diabetic medicines, or as an add-on to basal insulin, as an alternative glucagon-like peptide-1 receptor agonist option. In five randomised comparative studies in patients with T2DM and receiving oral anti-diabetic agents and / or basal insulin, semaglutide once weekly was superior to the comparators for change in HbA1c. However, SMC cannot recommend the use of semaglutide as monotherapy when metformin is considered inappropriate due to intolerance or contraindications as the company’s submission related only to its use in addition to other medicinal products for the treatment of diabetes.

ARSENIC TRIOXIDE NOT RECOMMENDED IN COMBINATION WITH TRETINOIN FOR LEUKAEMIA

Following a full submission assessed under the orphan equivalent process, the SMC does not recommend arsenic trioxide (Trisenox®) for use within NHS Scotland in combination with all-trans-retinoic acid (ATRA [tretinoin]) for the induction of remission, and consolidation in adult patients with newly diagnosed, low-to-intermediate risk acute promyelocytic leukaemia (APL) (white blood cell count, ≤10 x 103/µl), characterised by the presence of the t(15;17) translocation and/or the presence of the Pro Myelocytic Leukaemia/Retinoic-Acid-Receptor-alpha (PML/RAR-alpha) gene. In a Phase III study in patients with newly diagnosed, low-to-intermediate risk APL, arsenic trioxide was non-inferior to anthracycline-based chemotherapy (both in combination with tretinoin) measured by event-free survival. A significant difference in overall survival favouring arsenic trioxide was also demonstrated. However, the submitting company did not present a sufficiently robust economic analysis to gain acceptance by SMC.

The Medicines and Healthcare products Regulatory Agency has issued a medical device alert for Datex-Ohmeda Aisys CS2 and Aisys anaesthesia devices with software version 11 and version 11 SP01 (Service Pack), due to the risk of ventilation loss, inadequate anaesthesia and hypoxia or severe hypotension (MDA/2019/001). All healthcare professionals who are responsible for or who use these devices should:

The European Medicines Agency has published a revision of its guideline on the evaluation of human medicines indicated for the treatment of bacterial infections for a six-month public consultation. The revised guidance reflects the outcome of discussions between regulators in the European Union, the United States and Japan exploring how to align as much as possible their respective data requirements so that medicine developers can design clinical trials that meet the evidence needs of multiple regulatory agencies. In addition, the guideline offers clarification on the clinical development of antibacterial agents that are expected to address an unmet medical need, in accordance with experience gained from previous regulatory decisions. Specific advice has also been added with regards to the EU regulatory requirements to develop medicines for the treatment of uncomplicated urinary tract infections and gonorrhoea. The consultation closes 31 July 2019.

The Dispensing Doctors’ Association (DDA) has advised dispensers to review their stocks of Clexane (enoxaparin) 40mg injection as a supply shortage is forecast until 23 January 2019 for Italian imported (UK licensed) stock and 18 February 2019 for further UK Clexane 40mg stock. The DDA has recommended alternatives if products are required before 23 January, including;

In addition, dispensers are encouraged to order all other strengths in line with historical demands and are reminded that ordering will be monitored during this forecast period.

NHS England has reported that the implementation of the PrEP Impact trial has enrolled over 10,000 participants in its HIV prevention measure. The speed of recruitment and demand for PrEP has exceeded initial preditions and the trial researchers now consider that more places should be made available. They argue that recruitment needs to reach a “steady state’ in order to ensure the trial can robustly and scientifically inform the design and rollout of a full national programme in partnership with local authorities. They have also said that the increase will be important for addressing emerging questions from the trial about the need for PrEP amongst women and other groups. As a result, an official request has been made by the researchers to increase the number of participants to the end of the trial in 2020 from 13,000 to up to 26,000.

An NHS programme in Somerset has helped patients avoid 7,500 nights in hospital and freed up over £2 million for other services. Somerset’s Homefirst scheme offers patients who are healthy enough, and their families, tailored help to finish therapy at home, with personalised care reducing stays in hospital by up to ten days. Homefirst is delivered by specialist teams of staff who have been given additional training in a range of care techniques, so they can do more with patients once they are home, to help them regain independence faster.

CONSULTATION FOR RESTRICTING PROMOTIONS OF HFSS FOOD AND DRINK OPEN

The government is proposing new rules to restrict retailers using promotions thought to cause excessive consumption of high in fat, salt and sugar (HFSS) food and drink by children. The consultation seeks views on:

The consultation is part of chapter 2 of the government’s Childhood obesity plan. It will seek views from the public and industry on the potential measures, alongside whether exemptions should be made for small businesses so they are not penalised by the rules. The new rules would only apply to deals that promote HFSS food and drinks.

OnMedica provides high-quality, easy to digest content and CPD for UK-based GPs and clinicians. Our team of expert editors and clinicians develops content across a wide range of topics in a variety of formats—expert articles, bitesize news and quizzes, courses, videos, and more. You can explore OnMedica via the homepage, drop down menu or by typing your topic of choice in the search bar. Why not find out how OnMedica can help you to keep up to date quickly and easily?
Follow
3698 Contributions
204 Followers
1 Following

Pemigatinib not recommended for cholangiocarcinoma in NICE draft guidance

The most likely cost-effectiveness estimates are much higher than what NICE normally considers an acceptable use of NHS resources. 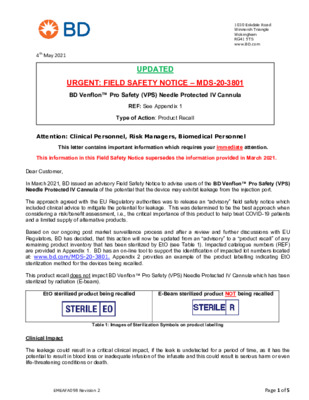 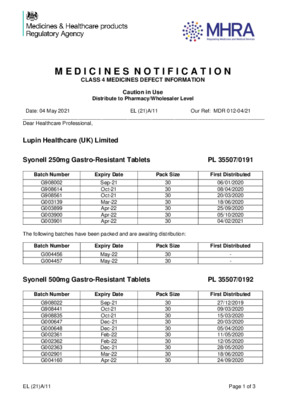