NICE has published final draft guidance which recommends daratumumab (Darzalex), through the Cancer Drugs Fund, for patients with relapsed multiple myeloma who have had one previous therapy, only if the conditions in the managed access agreement are followed. In the evidence considered by the independent committee, daratumumab, used in combination with bortezomib plus dexamethasone, extended the length of time people live before their disease progresses by 18 months compared to existing therapies. Daratumumab is a monoclonal antibody treatment, which kills multiple myeloma cells by recognising CD38, a protein commonly expressed in this particular type of cancer cell and is the only myeloma treatment of this kind.

NICE has recommended tildrakizumab (Ilumetri), for adult patients with moderate to severe plaque psoriasis in final draft guidance, only if:

A new price submitted by the company now means that it can be offered as an alternative for patients who are unable to take systemic non-biological treatments. This is a change from draft guidance that found tildrakizumab was not cost-effective. Clinical trial results show that tildrakizumab improves severe psoriasis more than placebo or etanercept, a drug which is already recommended by NICE. Tildrakizumab is a biological treatment that reduces inflammation. It is administered at week 0 and 4 and every 12 weeks thereafter. Self-injection is possible from the third and fourth dose onwards.

NICE also recommended certolizumab pegol (Cimzia®) as a treatment option for moderate to severe plaque psoriasis in final draft guidance, only if:

NICE recommends that the procedure should only be done by clinicians experienced in cannulating fistulas, and who are trained in the use of lasers; and that further research should report details of patient selection, including fistula size, recurrence rates in the medium and long term, and quality-of-life outcomes.

NICE has published a draft quality standard which covers the assessment, management and care provided to people aged 14 and over who have coexisting severe mental illness and substance misuse. It describes high-quality care in priority areas for improvement, including:

NICE has published draft guidance which finds the enzyme-linked immunosorbent assay (ELISA) tests for therapeutic monitoring of tumour necrosis factor (TNF)-alpha inhibitors (drug serum levels and antidrug antibodies) show promise but there is currently insufficient evidence to recommend their routine adoption in rheumatoid arthritis. The ELISA tests covered by the guidance are Promonitor, IDKmonitor, LISA-TRACKER, RIDASCREEN, MabTrack, and tests used by Sanquin Diagnostic Services. The draft guidance recommends that laboratories currently using ELISA tests for therapeutic monitoring of TNF-alpha inhibitors in rheumatoid arthritis should do so as part of research and further data collection. Furthermore, the results of the economic model are uncertain. So, although NICE finds the tests show some promise, they are not recommended for routine use in the NHS. NICE says further research would be valuable. Closing date for comments is 4 April 2019.

The Scottish Medicines Consortium (SMC) has accepted liposomal formulation of daunorubicin/cytarabine (Vyxeos®) for use within NHS Scotland, under a Patient Access Scheme, for the treatment of adults with newly diagnosed, therapy-related acute myeloid leukaemia (AML) or AML with myelodysplasia-related changes. In a randomised phase III study, in adults (aged 60 to 75 years) with high risk AML, liposomal daunorubicin/cytarabine improved overall survival when compared with a standard of care regimen.

LETERMOVIR ACCEPTED FOR PROPHYLAXIS OF CYTOMEGALOVIRUS REACTIVATION AND DISEASE

The SMC has accepted letermovir (Prevymis®) for use within NHS Scotland, under a Patient Access Scheme, for prophylaxis of cytomegalovirus (CMV) reactivation and disease in adult CMV-seropositive recipients [R+] of an allogeneic haematopoietic stem cell transplant (HSCT). Letermovir, compared with placebo, reduced the incidence of CMV reactivation and disease in CMV-seropositive adults undergoing allogeneic HSCT.

Following a full submission assessed under the end of life and ultra-orphan medicine process, the SMC has not recommended tisagenlecleucel (Kymriah®) for use within NHS Scotland, for adult patients with relapsed or refractory diffuse large B-cell lymphoma (DLBCL) after two or more lines of systemic therapy. Tisagenlecleucel was associated with an overall response rate of 53% in a single-arm, open-label, phase II study in patients with relapsed or refractory DLBCL. However, according to the SMC, the submitting company’s justification of the treatment’s cost in relation to its health benefits was not sufficient and in addition the submitting company did not present a sufficiently robust economic analysis to gain acceptance by the SMC.

MEDICINES NOT RECOMMENDED DUE TO LACK OF SUBMISSIONS

In the absence of a submission from the holder of the marketing authorisation, the SMC has not recommended the following medicines:

The All Wales Medicines Strategy Group (AWMSG) has recommended romiplostim (Nplate®) as an option for use within NHS Wales for the treatment of chronic immune (idiopathic) thrombocytopenic purpura (ITP) patients aged one year to < 18 years who are refractory to other treatments (for example, corticosteroids, immunoglobulins). This recommendation applies only in circumstances where the approved Patient Access Scheme (PAS) is utilised or where the list/contract price is equivalent or lower than the PAS price.

The AWMSG has recommended ciclosporin (Verkazia®) as an option for use within NHS Wales for the treatment of severe vernal keratoconjunctivitis in children from four years of age and adolescents (until the age of 18).

The Scottish Intercollegiate Guidelines Network (SIGN) has publishes a guideline with recommendations based on current evidence for best practice in the detection, assessment, treatment and follow up of adults with delirium, as well as reducing the risk of delirium. The guideline applies to all settings: home, long-term care, hospital, and hospice. The remit excludes delirium secondary solely to alcohol and illicit substances use. It also excludes delirium in children.

The Medicines and Healthcare products Regulatory Agency has issued a medical device alert for enFlow® IV fluid and blood warmer system. The manufacturer - Vyaire - has informed the MHRA that the cartridges with an aluminium warming plate in the fluid pathway can lead to an IV infusion containing aluminium above currently recommended safe levels. Healthcare professionals (HCPs) are advised to:

The Early access to medicines scheme (EAMS) has given a positive scientific opinion to Roche Products Limited for atezolizumab as 1st line treatment of adults with unresectable locally advanced or metastatic triple-negative breast cancer (TNBC) whose tumours have PD-L1 expression ≥ 1%. In patients with triple-negative breast cancer that has progressed to advanced stage disease, where it is locally inoperable or has spread to other parts of the body, the cancer is usually poorly responsive to chemotherapy and patient survival is a matter of months. The addition of atezolizumab to nab-paclitaxel chemotherapy has been shown to notably slow the progression of cancer and increase patient survival despite worse tolerability than chemotherapy alone.

supply issues that may affect products throughout March, including:

A number of injectables and vaccines are also affected.

NHS England has reported that all major hospital will provide urgent same day services to improve care for patients and cut unnecessary admissions by next winter (see OnMedica article). Many hospitals are already providing comprehensive care without admitting patients who come to A&E with conditions such as pneumonia or other breathing difficulties through same day emergency care (SDEC) services. NHS England says SDEC services can prevent patients deteriorating from unnecessary or long stays in hospital, free up beds in hospital wards, and improve the flow of patients through A&E – allowing doctors and nurses to focus on those who need the most urgent care. But clinical leaders believe that around half a million more patients a year across England could be assessed, diagnosed, treated and allowed to return home without the need for an overnight stay. From Spring, local pilots will test how new NHS standards for urgent and emergency care could support the ambition to ensure patients across the country benefit from this service, with hospitals to be measured on their success in reducing overnight admissions.

ALL HOSPITALS TO BE CONTRACTUALLY OBLIGED TO COMPLY WITH SEPSIS GUIDELINES

NHS England has announced that from April, all NHS trusts in England will  be contractually obliged to comply with sepsis guidelines and could face fines if they breach them (see OnMedica article). The guidance, drawn up with the Royal College of Physicians, The Royal College of GPs, NICE and the UK Sepsis Trust, states that staff should look for sepsis at an early stage in patients coming to A&Es and those who are already on wards. Hospital staff must alert senior doctors if patients with suspected sepsis do not respond to treatment within an hour. Hospital teams will also be expected to take sufficient note of non-specific symptoms and concerns expressed by relatives and carers such as acute changes in behaviour.

The World Health Organisation (WHO) has launched its Global Influenza Strategy for 2019-2030 which aims to protect people in all countries from the threat of influenza. The goal of the strategy is to prevent seasonal influenza, control the spread of influenza from animals to humans, and prepare for the next influenza pandemic. The new strategy outlines a path to protect populations every year and helps prepare for a pandemic through strengthening routine programmes. It has two overarching goals:

WHO will expand partnerships to increase research, innovation and availability of new and improved global influenza tools to benefit all countries. At the same time WHO will work closely with countries to improve their capacities to prevent and control influenza. Important to the strategy is the on-going success of the Pandemic Influenza Preparedness Framework, an access and benefit sharing system that supports the sharing of potentially pandemic viruses, provides access to life saving vaccines and treatments in the event of a pandemic and supports the building of pandemic preparedness capacities in countries through partnership contributions from industry.

The European Centre for Disease Prevention and Control has published a monitoring report based on measles and rubella data from The European Surveillance System for the period 1 February 2018 to 31 January 2019. Twenty-nine countries reported measles data for January 2019, with 881 cases reported by 19 countries and 10 countries reporting no cases. Germany did not report measles data for January 2019. Overall, case numbers continued to increase compared with the previous two months. Romania, Italy, Poland and France had the highest case counts with 261, 165, 133 and 124 cases, respectively. Notable increases were reported in Italy, Poland, France and Austria.

OnMedica provides high-quality, easy to digest content and CPD for UK-based GPs and clinicians. Our team of expert editors and clinicians develops content across a wide range of topics in a variety of formats—expert articles, bitesize news and quizzes, courses, videos, and more. You can explore OnMedica via the homepage, drop down menu or by typing your topic of choice in the search bar. Why not find out how OnMedica can help you to keep up to date quickly and easily?
Follow
4657 Contributions
0 Followers
2 Following

UKHSA has updated its recommendations for changes to COVID-19 infection prevention and control (IPC) advice to help ease pressure on the NHS. A new recommendation for "a more flexible approach to patient consultations in primary care and general practice" has been added, 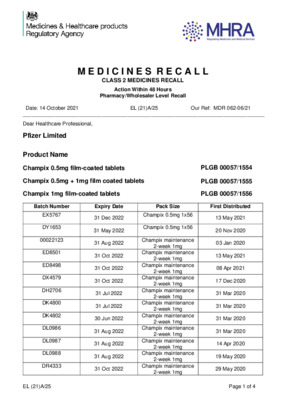