Lenalidomide will now be available on the NHS for patients with a form of blood cancer as a first- and second-line drug. In final draft guidance, NICE has recommended lenalidomide in combination with dexamethasone as an option for previously untreated multiple myeloma in adults who are not eligible for a stem cell transplant and cannot take thalidomide. Currently, first treatment for multiple myeloma includes taking thalidomide (or bortezomib for those who can’t take thalidomide). NICE recognises that this can cause substantial side effects such as bruising, breathlessness and increased risk of infection and there is a need for new effective treatments for those who cannot take these drugs.

Additionally, in a second piece of final draft guidance, NICE has also recommended lenalidomide as an option for treating multiple myeloma in adults if they have had only one previous therapy, which includes bortezomib. Currently, patients are offered chemotherapy as a second treatment after bortezomib, however clinical evidence shows that lenalidomide with dexamethasone is substantially improves the length of time people live compared to bortezomib-based therapy. In one clinical study, patients taking lenalidomide lived on average seven months longer. NICE already recommends lenalidomide as a third-line treatment therefore it was considered appropriate to also recommend it as second-line option.

These recommendations partially update guidance on lenalidomide for the treatment of multiple myeloma in people who have received at least one prior therapy (TA171). Since lenalidomide is now recommended for use as a first treatment, it is expected that the need for a second-line treatment will reduce.

ENZALUTAMIDE NOT RECOMMENDED FOR PROSTATE CANCER IN FINAL GUIDANCE

In addition, the estimates are not within the range that NICE usually considers a cost-effective use of NHS resources.

VERZENIOS® ACCEPTED FOR BREAST CANCER IN COMBINATION WITH FULVESTRANT (RESTRICTED)

The Scottish Medicines Consortium (SMC) has accepted Verzenios® (abemaciclib) for restricted use within NHS Scotland, under a Patient Access Scheme (PAS), for the treatment of women with hormone receptor (HR) positive, human epidermal growth factor receptor 2 (HER2) negative locally advanced or metastatic breast cancer in combination with fulvestrant as initial endocrine-based therapy or in women who have received prior endocrine therapy. It is restricted to use in women who have progressed on or after (neo) adjuvant endocrine therapy, or progressed during first-line endocrine-based therapy for advanced breast cancer. In a phase III randomised study in women with HR-positive, HER2-negative advanced breast cancer who had received prior endocrine therapy, Verzenios® (in combination with fulvestrant significantly increased progression-free survival compared with endocrine monotherapy.

Following a full submission considered under the orphan equivalent process, Keytruda® (pembrolizumab) is accepted for use within NHS Scotland, under a PAS, as monotherapy for the adjuvant treatment of adults with Stage III melanoma and lymph node involvement who have undergone complete resection. Recurrence-free survival was significantly longer in the Keytruda® group compared with placebo in a phase III study of adult patients with completely resected, stage III melanoma with lymph node involvement, which is why the SMC has accepted its use.

Following an abbreviated submission, the SMC has accepted Fixapost® (latanoprost plus timolol) for restricted use within NHS Scotland, for treatment in the reduction of intraocular pressure (IOP) in patients with open angle glaucoma and ocular hypertension who are insufficiently responsive to topical beta-blockers or prostaglandin analogues. This is restricted to use in patients who have proven sensitivity to preservatives. The combination product costs less than preservative-free latanoprost and timolol eye drops administered separately but is more expensive than the equivalent generic multi-dose eye drop preparation with preservative.

REAGILA® ACCEPTED FOR THE TREATMENT OF SCHIZOPHRENIA IN ADULT PATIENTS (RESTRICTED)

FOUR MEDICINES NOT ACCEPTED DUE TO ABSENCE OF SUBMISSION

The following medicines have not been accepted due to the absence of a submission:

The Medicines and Healthcare products Regulatory Agency has issued a class 2 medicines recall for Co-amoxiclav 125 mg/31.25 mg/5 ml and 25 mg/62.5 mg/5 ml Powder for Oral Suspension. Sandoz Ltd. have been notified of a potential packaging problem relating to poor seal adherence which could cause clumping of the powder within the bottle. The recall is a precautionary measure - no complaints or adverse events relating to this defect have been received by the company from the UK market. Healthcare professionals are advised to stop supplying the noted batches of this product. Remaining stocks of the impacted batches should be quarantined and returned to the original supplier.

DHSC REPORTS SUPPLY SHORTAGES FOR MAY 2019

The Dispensing Doctors’ Association reports that the Department for Health and Social Care has published its supply issues update for primary and secondary care for May 2019. New shortages reported include:

NHS England has announced it will provide a promising new treatment for spinal muscular atrophy (SMA) after negotiating a deal with the manufacturer (see OnMedica article). Nusinersen, also called Spinraza and made by Biogen, is the first treatment that targets the underlying cause of SMA. The condition affects the nerves in the spinal cord, making muscles weaker and causing problems with movement, breathing and swallowing. Where it develops in babies and toddlers, it can significantly reduce life expectancy. While not a cure, trials have shown that nusinersen can slow the effects of SMA in some cases, allowing babies and toddlers to develop stronger muscles and survive for longer without breathing support.

An innovation that can reduce the side-effects of radiotherapy for prostate cancer patients by over 70% will be rolled out across the NHS, NHS England has announced. A deal made between the NHS and manufacturer Boston Scientific means hospitals in England will now be encouraged to use its hydrogel device for all patients who could benefit, making radiotherapy a safer and less painful treatment option for many men. The hydrogel acts as a spacer, reducing the amount of radiation that can pass through the prostate and damage the rectum during treatment, by temporarily positioning it away from the high dose radiation used in treatment. The gel, made mostly of water, is injected before treatment starts and then remains in place during radiation therapy, before being naturally absorbed by the body after about six months. In studies, its use has been shown to relatively reduce life-changing side effects, such as rectal pain, bleeding and diarrhoea, by over 70%, meaning significant improvements in quality of life for those battling prostate cancer.

ALERT ISSUED AFTER HOSPITALISATION AND DEATHS LINKED TO CONSUMPTION OF DNP

Public Health England (PHE) has issued an alert after reports of hospitalisation and deaths linked to consumption of 2,4-dinitrophenol (DNP) and to underscore the need for rapid treatment in cases of suspected DNP poisoning. PHE advises that NHS frontline staff should remain vigilant for cases of DNP poisoning and that clinicians should note and act in accordance with clinical management advice:

GRANT ANNOUNCED TO HELP IMPROVE THE HEALTH OF ROUGH SLEEPERS

PHE has announced it is awarding the Department of Health and Social Care funding of £1.9 million to councils to test ways to improve rough sleepers' access to health services. Successful projects will focus on improving access to health services for people with co-occurring mental ill-health and substance misuse problems who are currently, or at risk of returning to, sleeping rough. To support local authorities and clinical commissioning groups to develop their applications for funding, PHE has also published guidance and further information on how to apply.The deadline to submit an application is Friday 5 July 2019, with successful projects announced later this year.

The Department of Health and Social Care has announced the launch of a new treatment aid that will allow surgeons to identify areas of the brain affected by cancer more accurately, helping up to 2,000 patients a year. Known as ‘the pink drink’, 5-ALA uses fluorescent dye and ultraviolet light to make cancerous cells glow under UV light. This allows surgeons to more accurately identify the affected areas of the brain. The treatment aid will help to tackle some of the most difficult to treat cases and make sure healthy cells are left untouched.

Care of patients with chronic lung conditions is improving but there are still significant deficiencies that need addressing, according to the

world’s largest clinical audit of chronic obstructive pulmonary disease(COPD) patients, run by the Royal College of Physicians (RCP). Data from almost 75,000 hospital admissions shows that more patients than ever are being seen by a specialist respiratory team – proven to reduce risk of dying from COPD, the collective term for emphysema and chronic bronchitis. However, the report states that patients are still not getting the best possible care, with large numbers still not being provided help to stop smoking or having previous spirometry results available. Findings from the report show:

The World Health Organisation (WHO) has published new guidelines which provide the knowledge base for health-care providers to advise patients on what they can do to help prevent cognitive decline and dementia (see OnMedica article). They will also be useful for governments, policy-makers and planning authorities to guide them in developing policy and designing programmes that encourage healthy lifestyle. WHO guidelines state that people can reduce their risk of dementia by getting regular exercise, not smoking, avoiding harmful use of alcohol, controlling their weight, eating a healthy diet, and maintaining healthy blood pressure, cholesterol and blood sugar levels.

MONTHLY MEASLES AND RUBELLA MONITORING REPORT FOR MAY 2019 PUBLISHED

The European Centre for Disease Prevention and Control (ECDC) has published as surveillance report which is based on measles and rubella data from The European Surveillance System (TESSy) for the period 1 April 2018 to 31 March 2019. Twenty-seven countries reported measles data for March 2019, with 1 548 cases reported by 22 countries and five countries reporting no cases. Czech Republic, Italy and Norway did not report measles data for March 2019. Overall, case numbers continued to increase compared with the previous two months. France, Lithuania, Poland, Romania, Bulgaria and Germany had the highest case counts with 295, 248, 219, 188, 185 and 123 cases, respectively. Notable decreases were reported in Belgium and Austria:

Notable increases were reported in France, Lithuania, Poland and Bulgaria:

OnMedica is an independent, easy to access on-the-go website for doctors. It provides GPs and specialists with easy to digest and up-to-date, relevant educational content whilst enabling the freedom to share and collaborate in a safe-space to further personal development.
Follow
3419 Contributions
128 Followers
1 Following 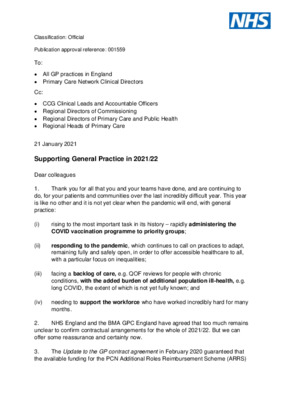 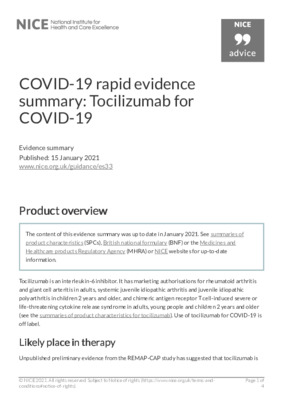 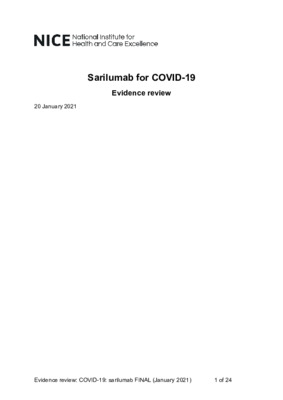 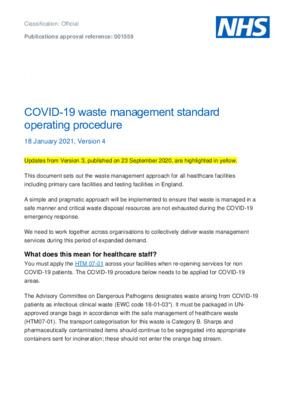 Join OnMedica and benefit from: