LETERMOVIR RECOMMENDED FOR THE PREVENTION OF CYTOMEGALOVIRUS IN DRAFT GUIDANCE

The National Institute for Health and Care Excellence (NICE) has issued draft guidance that recommends letermovir (Prevymis) for the prevention of cytomegalovirus (CMV) reactivation and disease after an allogeneic haematopoietic stem cell transplant (HSCT) in adults, only if the company provides it according to the commercial arrangement. Currently, there are no licensed treatments available for preventing CMV reactivation after HSCT. Current practice largely focusses on monitoring viral levels and giving antivirals to asymptomatic patients to prevent disease progression (pre-emptive therapy). On review, letermovir has shown to be a safer option in reducing CMV than pre-emptive therapy. The recommended dose of letermovir is 480 mg once daily for 100 days and can start on any day up until 28 days afterwards. Longer courses of treatment can be considered for those at high risk of late reactivation.

NICE has published final guidance which finds current evidence on the safety and efficacy of percutaneous mitral valve leaflet repair for mitral regurgitation is adequate to support the use of this procedure, in patients for whom open surgery is contraindicated following risk assessment, provided that standard arrangements are in place for clinical governance, consent and audit. NICE advises that patient selection should be done by a multidisciplinary structural heart team, typically including an interventional cardiologist, an expert in transoesophageal echocardiography, an expert in heart failure, a cardiac anaesthetist, a cardiac surgeon and a specialist nurse. This procedure should only be done by clinicians with specialist training and supervision by an experienced mentor for at least the first 20 procedures. Clinicians should enter details about all patients having percutaneous mitral valve leaflet repair for mitral regurgitation onto the National Institute for Cardiovascular Outcomes Research database.

NICE has published final guidance which finds the current evidence on the safety of therapeutic hypothermia for acute ischaemic stroke shows serious complications. In addition, evidence on efficacy does not show any meaningful improvement in outcomes. Therefore, NICE says this procedure should not be used.

FOUR MEDICINES RECOMMENDED FOR APPROVAL, INCLUDING TREATMENT FOR WILSON’S DISEASE

The European Medicines Agency’s human medicines committee (CHMP) has recommended four medicines for approval at its May 2019 meeting:

The CMHP also announced it has begun a review of the effectiveness of medicines containing a combination of methocarbamol and paracetamol for the treatment of painful muscle spasms. The review is being carried out at the request of the German medicines agency, BfArM.

The CHMP adopted a negative opinion recommending the refusal of a marketing authorisation for Xyndari (glutamine), expected to be used to treat sickle cell disease.

In addition, the CHMP confirmed its previous recommendation to refuse the granting of a marketing authorisation for Doxolipad (doxorubicin), intended for the treatment of breast and ovarian cancer. The applicant had requested a re-examination of the Committee's negative opinion adopted at its January 2019 meeting.

Lastly, applications for initial marketing authorisations for Ambrisentan Zentiva (ambrisentan), intended for the treatment of pulmonary arterial hypertension, and Radicava (edaravone), intended for the treatment of amyotrophic lateral sclerosis, have been withdrawn. At the time of the withdrawal, the CHMP had some concerns and was of the provisional opinion that the medicines could not have been approved.

Public Health England has called for all parents to get their children vaccinated against measles, mumps and rubella (MMR) when the vaccine is offered, or for them to take it up as soon as possible if they didn’t have it at the scheduled time (see OnMedica article). Figures show that in the first quarter of 2019, there were 231 confirmed cases of measles. This figure is slightly lower compared to the same quarter last year. However, as measles is highly infectious, PHE has urged that anyone who has not received two doses of MMR vaccine is at risk, particularly unvaccinated people travelling to countries where there are currently large outbreaks of measles. The recent measles cases are primarily occurring in under-vaccinated communities, particularly those with links to other countries with ongoing measles outbreaks. There has also been some spread into the wider population, such as those who may have missed out on the MMR vaccine when they were younger. In the final quarter of 2018, 94.9% of eligible children aged five received the first dose of MMR. To achieve herd immunity for measles, at least 90 to 95% of the population need to be fully protected. One dose of the MMR vaccine is about 90 to 95% effective at preventing measles. After a second dose, the level of protection is around 99%. Coverage of the second dose is at 87.4% for children aged five, for this reason, PHE is urging those who have only had one dose to ensure they are fully vaccinated with two doses. This quarter, 795 cases of mumps have also been confirmed. No new cases of rubella were reported.

NHS England has announced that advice will be offered online to people with type 2 diabetes to help them manage their condition. The new service will provide people with type 2 diabetes with evidence-based information and support, via an online portal, giving them convenient and quick help to deal with the physical and mental challenges of diabetes. The resource will make the right advice available from home, work or on the move, helping people manage their health and wellbeing independently, potentially preventing the need for extra medical attention or the condition becoming worse. Trials of the online package showed people making use of the online courses and information reduced their blood glucose levels. Eleven sites will now pilot the new service later this year, with a national roll out from 2020. Trialled through funding from the National Institute of Health Research (NIHR), NHS England says the service demonstrated significant improvements in people’s average blood sugar and an improvement in the mental health of people newly diagnosed with the condition. Following the successful trial, a range of online tools, resources and support services will now be made available, including:

NHS HANDS 50,000 PEOPLE CONTROL OF THEIR OWN CARE

More than 50,000 people have taken charge of their own care after being handed control of how their NHS funding is spent, NHS England has announced. Personal Health Budgets can be used to purchase personalised wheelchairs, assistance dogs and respite care to manage complex health problems, as well as tech devices that can control curtains, lighting, heating and door intercoms to help people live independent lives. The rollout of the Budgets across the country is two years ahead of scheme and being ramped up further as part of the NHS Long Term Plan. New figures published by NHS England and Improvement show 54,143 people with long-term health problems, including disabled people and those with long-term physical and mental health conditions, are currently benefiting from them. At least 200,000 people will be given the chance to improve their health and wellbeing by using a Personal Health Budgets within the next five years. The vast majority of Personal Health Budget spending goes on the provision of direct care and support, such as help with washing, eating, dressing and other aspects of essential personal care. However, the spending packages also foster investment in new technology, with patients able to request modified and improved support like personalised wheelchairs.

NHS England has reported that NHS doctors and nurses are using Skype to help older people get faster care, reduce avoidable ambulance call-outs and help people stay out of hospital. The on-call Skype NHS team takes around 8,000 calls a year from wardens working in sheltered accommodation, care home staff and community teams looking for expert support for their residents. Previously, they would have had to call an ambulance, but in the last two years they have prevented 3,000 avoidable visits to A&E and freed up 2,000 GP appointments by solving problems via Skype, meaning elderly people get the right support in their own home, avoiding the disruption – and in some cases distress – of an emergency hospital trip. The scheme in Tameside, in Greater Manchester, is part of a programme of integrated services being rolled-out across the country as part of the NHS Long Term Plan.

New figures released from NHS England and NHS Improvement have shown the NHS 111 urgent care advice line has saved over 12 million unnecessary A&E visits. There were 80 million calls to 111 between its foundation in April 2011 and September 2018. Analysis of calls over that time shows that more than one in four people would otherwise have had to go to A&E. One in six, 16%, would have phoned for an ambulance, meaning 111 prevented three million 999 calls that could have resulted in unnecessary ambulance call outs. NHS England says increasing numbers of people are getting the health care help they need by phone or online without having to spend time in A&E or call an ambulance. The NHS 111 service dealt with almost 75,000 extra calls over this winter, with the proportion of calls receiving input from a clinician increasing to 53.7% in March 2019, compared to 48.8% in March 2018.

NHS Digital has reported that the Child Protection Information Sharing system has reached 100% coverage in London for the first time, flagging young patients arriving at unscheduled healthcare settings to their social workers. The project shares safeguarding information between health and children’s social care when a patient who is considered vulnerable and at risk turns up in an unscheduled NHS setting, such as an A&E or minor injury unit. This can then trigger earlier interventions and enable appropriate action to be taken to prevent or reduce future harm happening to children. Between seven to nine thousand children are now being flagged in unscheduled care settings every month. 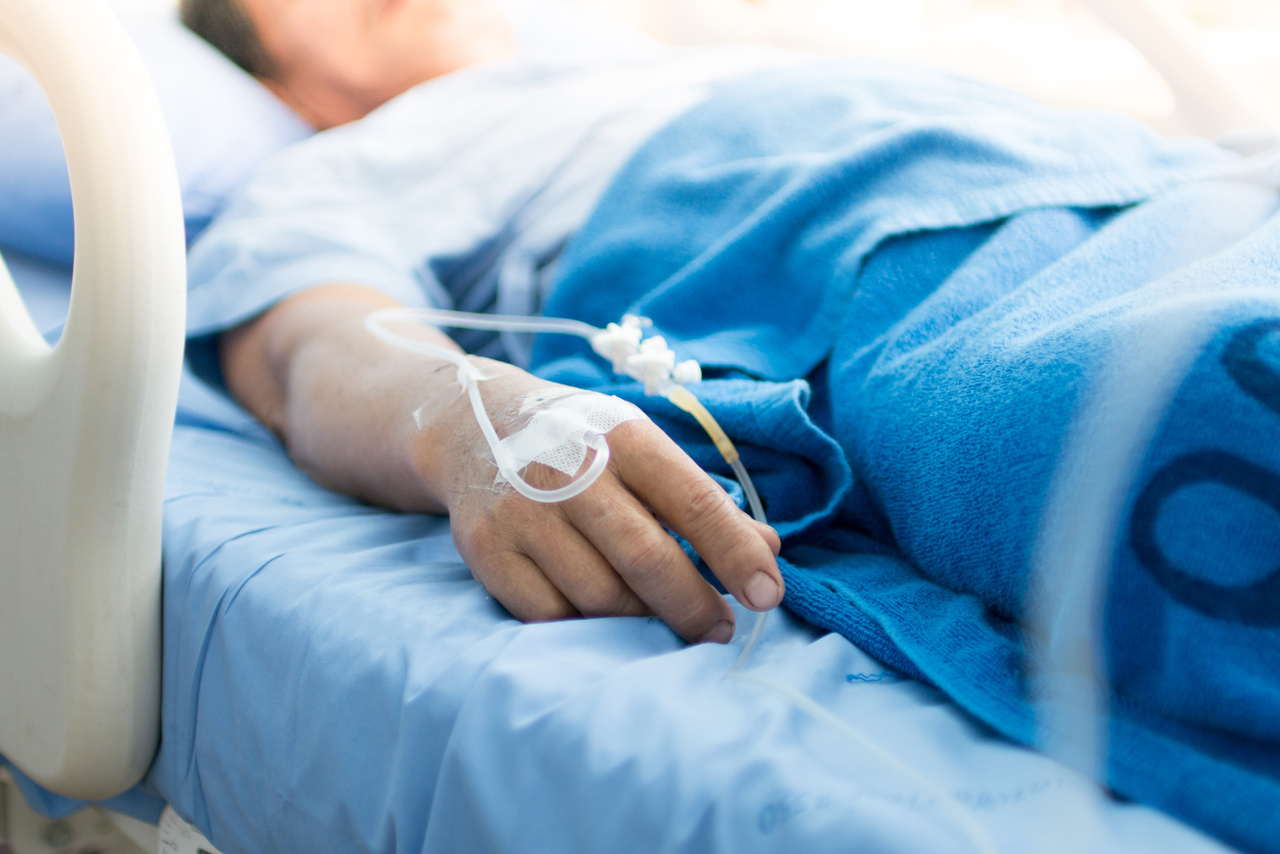