NICE has published final guidance which recommends ertugliflozin (Steglatro),with metformin and a dipeptidyl peptidase‑4 (DPP‑4) inhibitor as an option for treating type 2 diabetes in adults when diet and exercise alone do not provide adequate glycaemic control, only if the disease is uncontrolled with metformin and a DPP‑4 inhibitor, and a sulfonylurea or pioglitazone is not appropriate.

If patients and their clinicians consider ertugliflozin to be one of a range of suitable treatments, including canagliflozin, dapagliflozin and empagliflozin, the least expensive should be chosen.

It is recommended only if:

NICE says an indirect comparison of studies suggests that people having atezolizumab plus bevacizumab, carboplatin and paclitaxel live longer than those having pemetrexed plus carboplatin or cisplatin, with or without pemetrexed maintenance. This comparison also suggests that they live for longer before their condition worsens. Atezolizumab plus bevacizumab, carboplatin and paclitaxel meets NICE's criteria to be considered a life-extending treatment at the end of life. There is uncertainty about the company's long-term survival estimates, especially for people with EGFR- or ALK‑positive NSCLC. But including the most plausible assumptions and the commercial arrangements, the cost-effectiveness estimates are within what NICE normally considers acceptable for an end-of-life treatment.

NICE has published draft guidance which recommends nusinersen (Spinraza) as an option for treating spinal muscular atrophy (SMA) only if:

In its provisional guidance, NICE says that clinical trial evidence shows that nusinersen improves a range of outcomes that are important to people with early- (type 1) and later-onset (type 2 and 3) SMA. Also, there is some evidence suggesting that nusinersen is effective for pre-symptomatic SMA. However, there is no long-term evidence, so the long-term benefits are highly uncertain. The committee considered that further data collection would help address these uncertainties. Furthermore, the cost-effectiveness estimates presented are higher than what NICE usually considers a cost-effective use of NHS resources. However, NICE said the estimates were difficult to interpret because of the limited evidence base to substantiate longer-term benefits, the difficulty in clearly distinguishing between the SMA subtypes, and the difference in what can be achieved for these various patients without nusinersen. The proposed managed access agreement therefore details various risk management strategies, including patient selection, starting and stopping rules, data collection, patient consent, exit strategy and commercial offer. The recommendation will be reviewed based on data collected in the managed access arrangement and guidance will be published by the end of the fifth year. Final guidance is expected to be published on 26 June 2019.

NICE has published a draft guideline which covers the assessment and management of thyroid disease. It aims to improve quality of life by making recommendations on diagnosis, treatment, long-term care and support. The provisional recommendations cover:

Final guidance is expected to be published in November 2019.

The Medicines and Healthcare products Regulatory Agency (MHRA) has issued a class 4 drug alert for certain Baxter Potassium Chloride containing intravenous infusions. Baxter Healthcare Limited has informed the MHRA that a quality defect has been identified with the product where the front panel of a small number of infusion bags was found to be missing the red text. The red text highlights the presence of potassium chloride in the products formulation which is a risk-mitigating factor in the prevention of a potential mix-up with other solutions for infusion. Healthcare professionals are advised to:

The MHRA has issued a medical device alert for Aisys and Aisys CS2 anaesthesia devices with Et Control option and software versions 11, 11SP01 and 11SP02 due to the risk patient awareness following inadequate anaesthesia. The device may fail to deliver the set agent concentration in End Tidal Control mode. Healthcare professionals are advised to:

Following publicised concerns over an increase in patient mortality from two years after treatment, The independent Expert Advisory Group (EAG) has published its findings and recommendations on paclitaxel drug-coated balloon catheters and drug-eluting stents which are used to treat patients with peripheral arterial disease. The EAG has recommended that these devices are not used to treat patients with intermittent claudication. However, the devices may still be considered in patients with critical limb ischaemia, where it is felt that the benefits outweigh the risks and taking NICE guidance into account. The EAG also states that, where these devices are to be used, there should also be enhanced patient follow-up. After receiving these recommendations, the MHRA has limited the future use of these devices in routine clinical care, until more is known on this issue. Furthermore, the EAG recommended that future research is undertaken to evaluate the causal relationship between these devices and mortality. In line with the EAG’s recommendations, the MHRA will consider the available evidence supporting the use of these devices for other conditions.

COLLEGE CALLS ON NICE TO UPDATE ITS ANTIDEPRESSANT WITHDRAWAL GUIDANCE

The Royal College of Psychiatrists has published a position statement which urges NICE to update its guidance on antidepressant withdrawal so as to reflect the wide range of experience patients have (see OnMedica article). Current advice from the NICE suggests most people should be able to come off antidepressants over four weeks. However, the College states that it is increasingly apparent that some patients can suffer from more severe symptoms that can last much longer. This may affect those who have been prescribed antidepressants over a long period and who have stopped their use too quickly. After listening to the experiences of patients and clinicians, including GPs, the college has called for a greater focus on how to assist patients who do have problems when withdrawing from antidepressants, as well as more research to quantify how many people have problems when stopping antidepressants. The College also recommends:

The Scottish Intercollegiate Guidelines Network is due to publish a national guideline in summer/autumn 2019 on the diagnosis and management of epilepsy in children and young adults. The guideline is expected to cover:

A new report by Public Health England (PHE) shows the number of new sexually transmitted infections (STIs) diagnoses in 2018 increased by 5% in comparison to 2017 (from 424,724 to 447, 694) (see OnMedica article). The number of consultations at sexual health services, both in clinic settings and online, increased by 7% between 2017 and 2018 (from 3,337,677 to 3,561,548). PHE says the rise in STIs is likely to be due to people not using condoms correctly and consistently with new and casual partners, and an increase in testing improving detection of the most common STIs. The report also found:

Furthermore, the report highlights that the HPV vaccination programme has led to a marked decline in genital warts diagnosis, which are caused by some strains of HPV that the vaccine protects against. The rate of genital warts diagnoses among girls aged 15 to 17 years, most of whom would have been offered the quadrivalent HPV vaccine aged 12 to 13 years old, was 92% lower in 2018 compared to 2014. A decline of 82% was seen in same aged heterosexual boys over this time period, which suggests substantial herd protection

The annual flu report published by PHE shows that Influenza A(H1N1)pdm09 was the main strain circulating this season although Influenza A(H3N2) also circulated later on. Low to moderate levels of flu activity were seen in the community although the impact on secondary care in terms of hospitalisations and ICU admissions were high. The report also shows that the flu vaccine offered to those eligible for immunisation this season reduced the likelihood of visiting the GP because of flu by approximately 44%. The adjuvanted vaccine, which was given to the majority of adults aged 65 and over for the first time this season, was estimated to have provided approximately 60% protection against the flu strains circulating this winter. More children also took up the offer of the flu vaccine this winter than ever before, with around three million being vaccinated. Next season, all children up to the age of 10 years will be offered the nasal spray vaccine which means that all children in primary school will be eligible across the whole of the UK.

PHE is calling for all NHS trusts to ban smoking on hospital grounds after a survey found more than two thirds (69%) of NHS acute trusts in England already prohibit smoking on site as part of their journey to becoming smokefree. However, despite this progress, almost a third (31%) have not yet enforced total smoking bans across hospital premises. The survey highlighted examples of how trusts are successfully implementing smokefree policies, including:

Some NHS trusts reported that implementing policies on e-cigarette use and allowing vaping in designated areas had helped them to achieve smokefree status. As well as encouraging trusts to prohibit smoking on site, the Smokefree NHS campaign calls for all patients who smoke to be offered evidence-based quitting support. The NHS Long Term Plan has committed to offering NHS-funded tobacco treatment services to all inpatients who smoke, regardless of why they are in hospital, by 2023 to 2024. 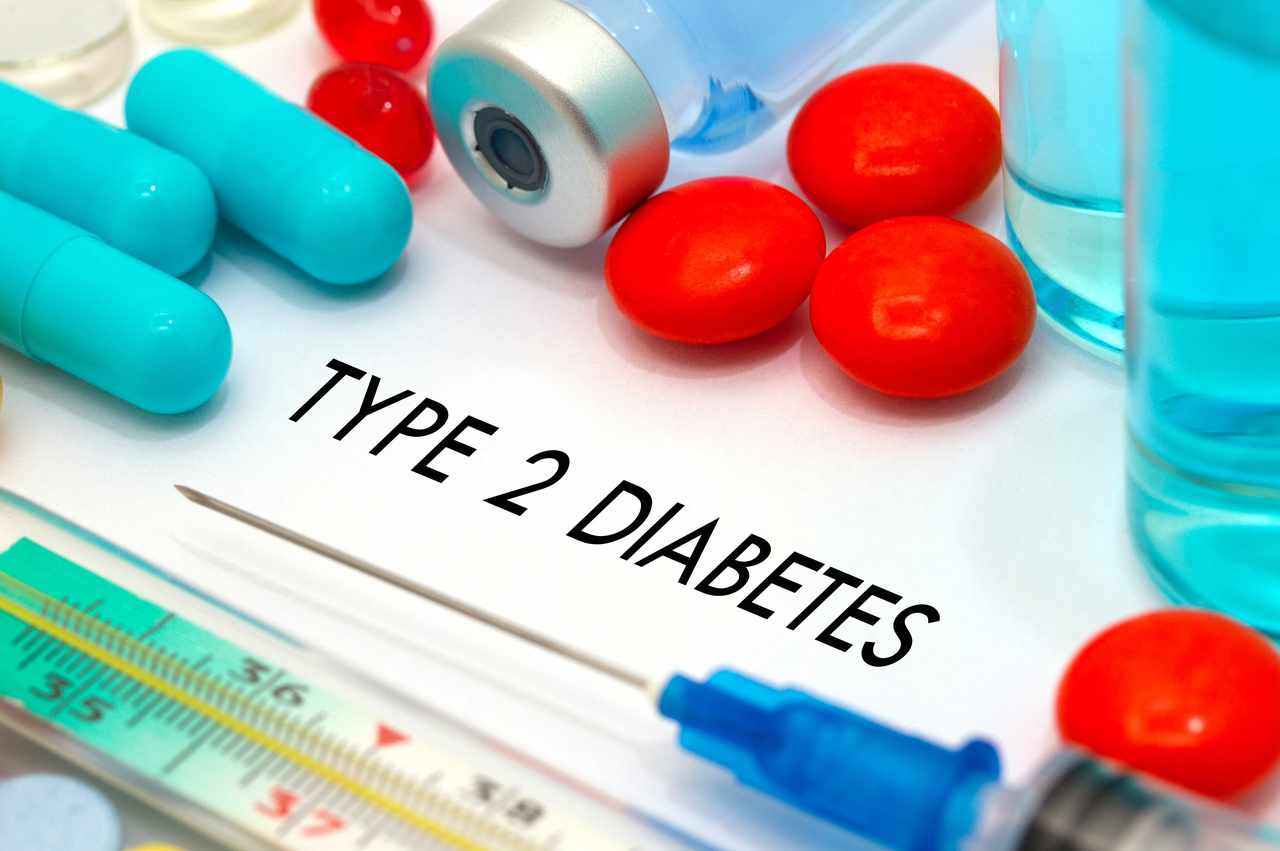