The MHRA has issued a drug safety update after reports of diabetic ketoacidosis in patients with type 2 diabetes on a combination of a GLP-1 receptor agonist and insulin who had doses of concomitant insulin rapidly reduced or discontinued. The MHRA warns that GLP-1 receptor agonists are not substitutes for insulin, and any reduction of insulin should be done in a stepwise manner with careful glucose self-monitoring. Abrupt discontinuation or reduction in insulin doses can lead to poor glycaemic control, with a risk of diabetic ketoacidosis. Serious and life-threatening cases of diabetic ketoacidosis have been reported in association with exenatide, liraglutide, and dulaglutide, particularly after discontinuation or reduction of concomitant insulin. Advice for healthcare professionals include:

LARTRUVO▼: WITHDRAWAL OF THE EU MARKETING AUTHORISATION DUE TO LACK OF EFFICACY

The MHRA has published a drug safety update after the ANNOUNCE study failed to show clinical efficacy for olaratumab (Lartruvo▼) in its current indication of advanced soft tissue sarcoma and the benefit risk balance is therefore now considered negative. The MHRA says no new patients should be started on olaratumab therapy. For patients currently on treatment, the MHRA suggests healthcare professionals should consider alternative treatment options since available stock will expire by April 2020, and also to continue to report any suspected adverse reactions to black triangle medicines to the Yellow Card Scheme.

The MHRA has issued an update for oral retinoid medicines▼, following the publication of new prescriber checklists, patient reminder cards, and pharmacy checklists, which are available to support the Pregnancy Prevention Programme in women taking acitretin, alitretinoin, and isotretinoin. Advice about the risk of neuropsychiatric reactions has been made consistent for all oral retinoid medicines (acitretin, alitretinoin, bexarotene, isotretinoin, and tretinoin) including:

Furthermore, the MHRA advises that due to a high risk of serious congenital malformations, the oral retinoid medicines acitretin, alitretinoin, and isotretinoin must not be used in pregnancy, and any use in women and girls must be within the conditions of a Pregnancy Prevention Programme, which are consistent with those previously in place.

NICE has published final draft guidance recommending fluocinolone acetonide intravitreal implant as an option for preventing relapse in recurrent non-infectious uveitis affecting the posterior segment of the eye, only if the company provides it according to the agreed commercial arrangement. The treatment, which is injected into the eye, lasts three years. This could mean fewer hospital visits for patients who receive current treatments: including corticosteroid injections, immunosuppressants, and dexamethasone and adalimumab implants. Clinical trial results suggest that the fluocinolone acetonide implant improves visual acuity after 12 months by 5.9 letters on a Snellen chart compared with 4.3 letters in the control group. A five-letter increase in visual acuity indicates an improvement in vision. The trial also indicated the treatment reduced uveitis recurrence rates. After 12 months, 97.6% of people in the control group had a recurrence recorded, compared with 37.9% of people who had the fluocinolone acetonide implant. The appraisal committee noted however that the recurrence rates reported in the trial were likely to be overestimatedand that no direct comparisons with other treatments were included in the trial.

NICE has issued final draft guidance which now recommends blinatumomab for treating acute lymphoblastic leukaemia (ALL) in patients in first complete remission with minimal residual disease (MRD) activity of at least 0.1%. This decision to recommend blinatumomab as a cost-effective use of NHS resources follows the submission of new evidence from the company during consultation on earlier draft recommendations. The company also has a confidential commercial arrangement making blinatumomab available to the NHS with a discount. The use of blinatumomab, compared to continued chemotherapy may reduce MRD and help increase the time people have without their disease relapsing. People with lower MRD levels have a higher chance of their disease being cured after stem cell transplantation.

NICE has published draft interventional procedures guidance which focuses on reducing the risk of transmission of Creutzfeldt–Jakob disease (CJD) from surgical instruments used for interventional procedures on high-risk tissues. CJD is caused by abnormal proteins (prions) that infect the brain. It is very rare and there is no cure. It causes brain damage and leads to death. There is a chance that surgical instruments could spread CJD from one patient to another, even when they have been properly washed and disinfected. This is because prions are very difficult to remove or destroy. Special safety measures are therefore needed for instruments that are used on tissues at high risk of containing prions.

NICE has published draft guidance for the use of midcarpal hemiarthroplasty for wrist arthritis recommending this procedure should only be used in the context of research due to the inadequate quantity and quality of the evidence for its safety and efficacy. NICE calls for further research to be in the form of case series, which should report on patient selection, type and severity of arthritis, patient-reported outcome measures and the need for revision in the longer term (at least five years).

NICE has published draft guidance which finds the evidence on the safety of irreversible electroporation for primary liver cancer shows serious but well-recognised complications. Evidence on its efficacy is also inadequate in quantity and quality. Therefore, NICE advises that this procedure should only be used in the context of research and that patient selection should be done by a multidisciplinary team. NICE recommends that further research should be in the form of case series or registry-based research and should include details of patient selection; tumour position and size; long-term outcomes including overall survival, progression-free survival and tumour regression; and patient-reported outcomes including quality of life.

Following the Pharmacovigilance Risk Assessment Committee (PRAC) June meeting, PRAC has announced it will begin a review of leuprorelin medicines after reports indicated that handling errors during preparation and administration can cause some patients to receive insufficient amounts of their medicine, thus reducing the benefits of treatment. The PRAC will now evaluate all available data and determine whether measures are needed to ensure that the medicines are prepared and administered appropriately. While the review is ongoing, healthcare professionals should carefully follow the handling instructions for leuprorelin medicines.

The Department of Health and Social Care has issued a supply disruption alert for disopyramide 100mg capsules manufactured by Sanofi and Mylan, which will be out of stock from approximately mid-June 2019 to late-July 2019. Mylan disopyramide 150mg capsules will also be out of stock from approximately mid-August 2019 till mid-September 2019. The alert gives advice for all healthcare professionals who prescribe and dispense disopyramide capsules, and also makes reference to supply via specialist importers on an ‘unlicensed’ basis.

The Royal College of Obstetricians and Gynaecologists has published new guidance which covers the diagnosis, assessment, care and timing of birth following waters breaking early from 24 weeks and until 37 weeks of gestation. New recommendations in the guidance include:

NHS Digital has announced that pharmacists can now access vital patient information quickly and simply through a new Summary Care Record (SCR) 1-click function. The 1-click function allows pharmacy professionals logged in on their Smartcard to click straight through to a selected patient’s SCR, without having to log in separately and complete a manual search. The new functionality is live across Sonar and Pinnacle advanced services system. Pharmacies can access the Summary Care Record to:

REPORT FINDS CHRONIC HEPATITIS B INFECTIONS ON THE RISE SINCE 2008

The European Centre for Disease Prevention and Control has published its annual epidemiological report for 2017 on hepatitis B, which suggests there is evidence of on-going transmission of hepatitis B and continued importation of cases to many European countries - according to the available surveillance data for countries of the European Union and the European Economic Area (EU/EEA) for 2017. The ECDC notes however that incomplete data as well as varying national surveillance systems and practices impair more detailed epidemiological analysis of reported data. It also found that the majority of EU/EEA countries consistently reporting experienced a steady decline in newly reported acute hepatitis B infections from 1.1 per 100,000 population in 2008 to 0.6 in 2017. This reflects overall global trends and is most likely a result of successful national vaccination programmes: in these countries, the proportion of acute hepatitis B infections among people below 25 years of age declined from 20% in 2008 to 12% in 2017. The proportion of chronic cases under 25 declined from 21% in 2008 to 10% in 2017. However, during the same time period notifications of chronic hepatitis B overall increased from 6.7 per 100,000 population to 10.2 in 2017 with the highest rates reported among those aged 25–34 years old. Overall, the reported data on chronic hepatitis B seems to mirror the intensity of local testing and screening policies – thus countries with comprehensive testing programmes in place appear to have the highest notification rates. The high number of chronic infections from northern Europe has a strong influence on trends with e.g. 62% of chronic hepatitis B cases in 2017 notified by the United Kingdom.

The World Health Organisation (WHO) has launched a global campaign urging governments to adopt a tool to reduce the spread of antimicrobial resistance, adverse events and costs. The AWaRe tool was developed by the WHO Essential Medicines List to contain rising resistance and make antibiotic use safer and more effective. It classifies antibiotics into three groups – Access, Watch and Reserve – and specifies which antibiotics to use for the most common and serious infections, which ones should be available at all times in the healthcare system, and those that must be used sparingly or preserved and used only as a last resort. The new campaign aims to increase the proportion of global consumption of antibiotics in the Access group to at least 60%, and to reduce use of the antibiotics most at risk of resistance from the Watch and Reserve groups. WHO states that using Access antibiotics lowers the risk of resistance because they are ‘narrow-spectrum’ antibiotics (that target a specific microorganism rather than several). They are also less costly because they are available in generic formulations.

OnMedica provides high-quality, easy to digest content and CPD for UK-based GPs and clinicians. Our team of expert editors and clinicians develops content across a wide range of topics in a variety of formats—expert articles, bitesize news and quizzes, courses, videos, and more. You can explore OnMedica via the homepage, drop down menu or by typing your topic of choice in the search bar. Why not find out how OnMedica can help you to keep up to date quickly and easily?
Follow
3880 Contributions
244 Followers
1 Following 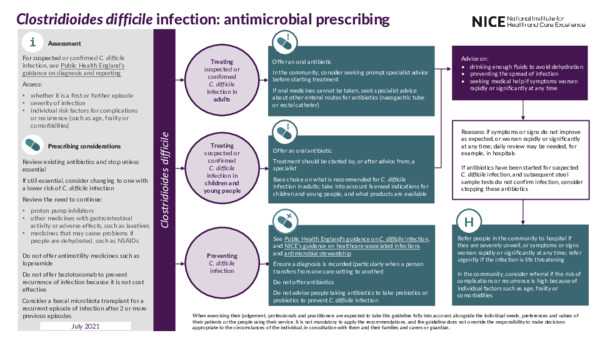 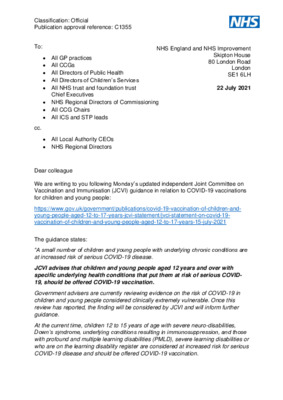 Patients with cholangiocarcinoma set to benefit from life extending treatment

Some people who have cholangiocarcinoma are now set to benefit from life-extending treatment pemigatinib after NICE published final draft guidance recommending it.