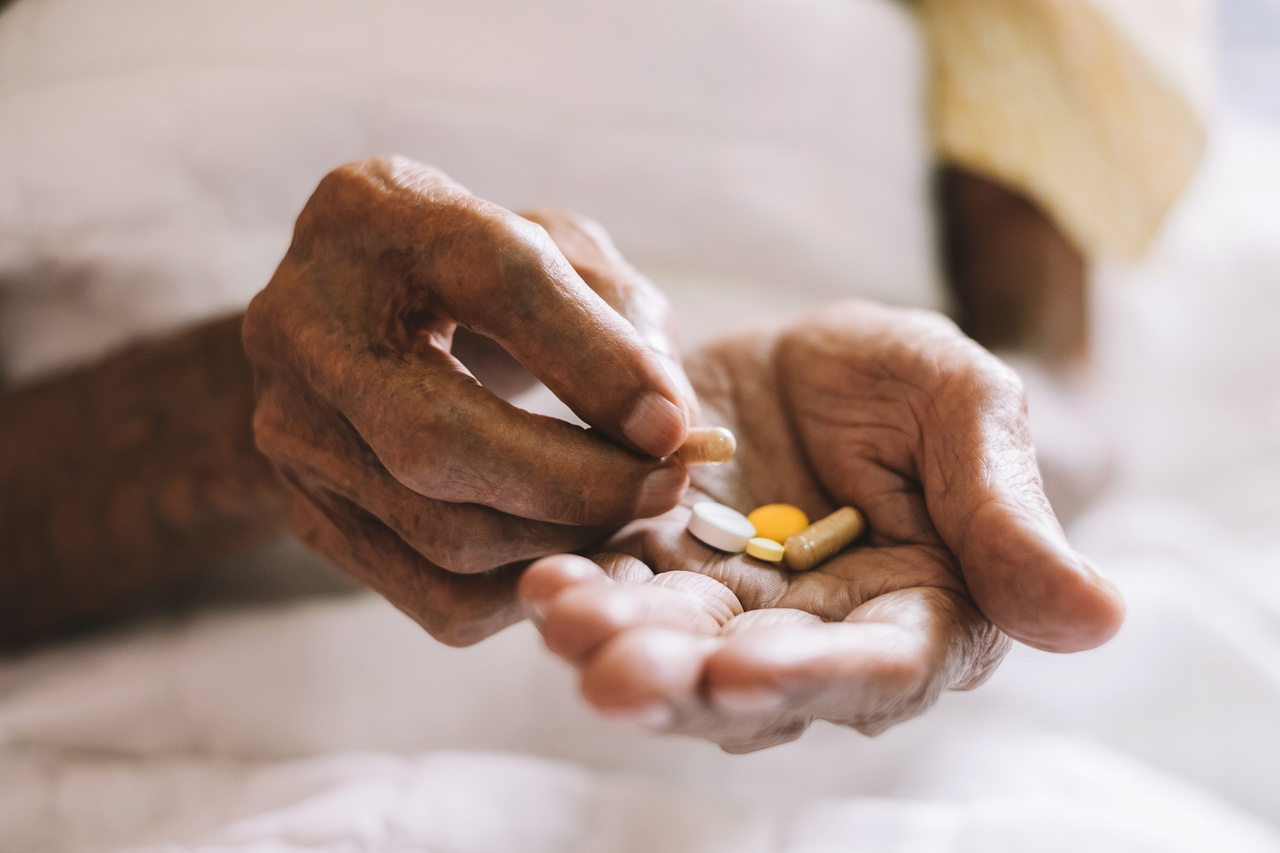 RIBOCICLIB RECOMMENDED IN COMBINATION WITH FULVESTRANT FOR ADVANCED BREAST CANCER

NICE has published final draft guidance which recommends ribociclib (Kisqali,) with fulvestrant for use within the Cancer Drugs Fund as an option for treating hormone receptor-positive, human epidermal growth factor receptor2 (HER2)-negative, locally advanced or metastatic breast cancer in people who have had previous endocrine therapy only if:

NICE has published final draft guidance which recommends risankizumab (Skyrizi) as an option for treating plaque psoriasis in adults, only if:

NICE has published final draft guidance which recommends dapagliflozin (Forxiga) with insulin as an option for treating type 1 diabetes in adults with a body mass index (BMI), of at least 27kg/m2, when insulin alone does not provide adequate glycaemic control despite optimal insulin therapy, only if:

NICE says evidence from the clinical trials shows small improvements in blood glucose (HbA1c levels) and weight loss and very small improvements in quality of life, when dapagliflozin plus insulin is compared with placebo plus insulin in adults with type 1 diabetes and inadequate blood glucose control despite optimised insulin therapy. The company extrapolates the effects of the small improvement in HbA1c level with dapagliflozin seen at one year in the trials to a lower risk of long-term complications over a patient’s lifetime.

NICE has published a medtech innovation briefing for HemaClear, a sterile elastic tourniquet designed to stop severe loss of blood during limb surgery. The technology provides several innovative aspects and several specialist commentators identified potential patient benefits as well as potential system benefits, including better theatre and resource use. In its summary, NICE highlights however uncertainty surrounding some outcomes such as pain and complications and a lack of medium- to long-term follow up.

NICE has published a draft update of its 2012 quality standard on the diagnosis and management of lung cancer in adults. The statements prioritised in 2012 have been updated (2012, updated 2019) or replaced (new 2019):

The MHRA has published a drug safety update for Tocilizumab (RoActemra) due to the rare risk of serious liver injury including cases requiring transplantation. Serious liver injury has been reported on treatment with tocilizumab from two weeks to more than five years after initiation. Healthcare professionals are advised to:

RIVAROXABAN (XARELTO▼): REMINDER THAT 15 MG AND 20 MG TABLETS SHOULD BE TAKEN WITH FOOD

The MHRA has published a drug safety update for rivaroxaban (Xarelto▼) that 15 mg and 20 mg tablets should be taken with food. The MHRA has received a small number of reports suggesting lack of efficacy (thromboembolic events) in patients taking 15 mg or 20 mg rivaroxaban on an empty stomach. For patients who have difficulty swallowing, tablets can be crushed and mixed with water or apple puree immediately before taking; this mixture should be immediately followed by food; rivaroxaban 2.5 mg and 10 mg tablets can be taken with or without food. Healthcare professionals are advised to report suspected adverse drug reactions, including any suspected events associated with lack of efficacy to rivaroxaban, on a Yellow Card.

The (MHRA) has published an early access to medicines scheme (EAMS) positive scientific opinion on avelumab in combination with axitinib for first-line treatment of advanced renal cell cancer (RCC). Benefits of the treatment include slower disease progression and better response rate compared to standard current treatment. After 12 months, the proportion of patients without progression of disease was 53% in the group of patients treated with avelumab and axitinib compared to 41% in those treated with sunitinib. In addition, the overall response rate was 51% with avelumab and axitinib compared to 25% with sunitinib. On the other hand, almost all patients experienced a side effect with avelumab and axitinib. The most common side effects, affecting at least 30% of patients, were diarrhoea, hypertension, fatigue, nausea and a hoarse voice. Severe side effects were frequent, particularly high blood pressure (26%), diarrhoea and increased liver function tests. Avelumab in combination with axitinib is also associated with side effects resulting from excessive activity of the immune system; although most resolved following initiation of appropriate medical therapy or withdrawal of avelumab.

The European Medicines Agency’s safety committee (PRAC) has recommended new measures to avoid dosing errors that have led to some patients incorrectly taking methotrexate-containing medicines daily instead of weekly. The risk of dosing errors with methotrexate-containing medicines is well known. However, despite several measures already in place, these errors continue to be reported. Mistakes in prescribing or dispensing methotrexate as well as misunderstandings of the dosing schedule have led to patients taking the medicine daily instead of weekly for inflammatory diseases, with serious consequences, including fatalities. The new measures include restricting who can prescribe these medicines to doctors with expertise in using methotrexate-containing medicines, making warnings on the packaging more prominent and providing educational materials for patients and healthcare professionals. In addition, to help patients follow the once-weekly dosing, methotrexate tablets for weekly use will be provided in blister packs and not in bottles (or tubes).

The paper separates common diabetic medications into several categories. These include:

The SIGN 142 guideline on the management of osteoporosis and the prevention of fragility fractures was published in March 2015. Since then new evidence has been published on HIV as a risk factor, population screening and pharmacological therapies. A selective update of the guideline has been undertaken to provide more current advice in these areas. The sections in the consultation draft will replace the corresponding sections in SIGN 142. The other sections of SIGN 142 will remain the same.

SYPHILIS NOTIFICATIONS IN THE EU/EEA UP BY 70% SINCE 2010

The number of syphilis cases has been consistently going up across Europe since 2010, mostly affecting men who have sex with men living in urban areas. In 2017, notification rates reached an all-time high in the EU/EEA countries with more than 33,000 reported cases. An in-depth ECDC study describes the factors behind this increase and outlines the evidence-based options for public health control of syphilis, including case finding and management as well as educational activities. Between 2010 and 2017, 15 countries reported an increase in the notification rate of more than 15%. However, this varied greatly among countries with rates more than doubling in five countries: Iceland (876%), Ireland (224%), the United Kingdom (153%), Germany (144%) and Malta (123%). On the other hand, Estonia and Romania reported a drop of 50% or more over the same period. During this period, syphilis diagnoses were consistently higher among men, with rates doubling from 6.1 per 100 000 in 2010 to 12.1 in 2017. Between 2007 and 2017, close to two-thirds (62%, 94,015 of the 152,233 cases where sexual orientation was known) were reported among men who have sex with men. Heterosexual men contributed 23% of cases and women 15%. The proportion of cases diagnosed among men who have sex with men ranged from below 20% in Latvia, Lithuania and Romania to more than 80% in France, Germany, Ireland, the Netherlands, Sweden and the United Kingdom.

The World Health Organisation (WHO) has published updates of global guidance on medicines and diagnostic tests to address health challenges, prioritise highly effective therapeutics, and improve affordable access. The updated Essential Medicines List adds 28 medicines for adults and 23 for children and specifies new uses for 26 already-listed products, bringing the total to 460 products deemed essential for addressing key public health needs. WHO adds that while this figure may seem high, it corresponds to a fraction of the number of medicines available on the market. By focusing the choices, WHO is emphasising patient benefits and wise spending with a view to helping countries prioritise and achieve universal health coverage. The updated List of Essential Diagnostics also contains 46 general tests that can be used for routine patient care as well as for the detection and diagnosis of a wide array of disease conditions, and 69 tests intended for the detection, diagnosis and monitoring of specific diseases.

Public Health England has issued advice to people travelling to Egypt after a number of people, including children, have returned with a serious illness caused by E. coli infection. All travellers had been to the Hurghada region of Egypt. PHE’s scientists are gathering further information to understand the cause of these infections. PHE recommends travellers to the region to: 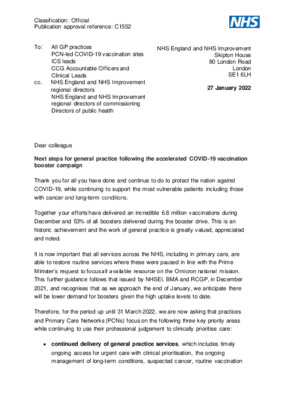 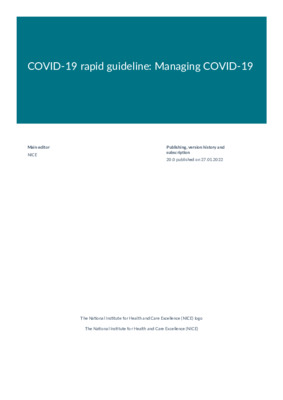 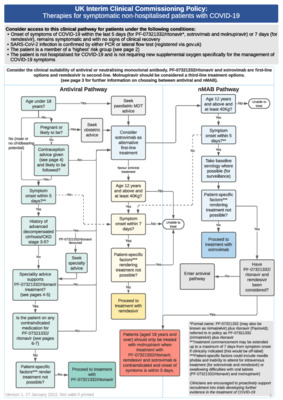 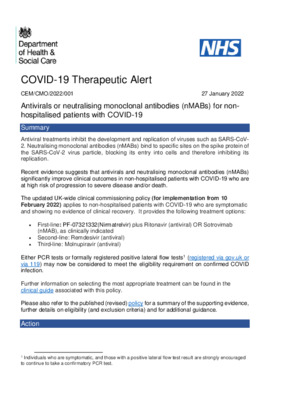