Menu
This site is intended for UK-based healthcare professionals only.
Regulatory alerts

NICE has published final draft guidance which recommends olaparib (Lynparaza) for adult patients with advanced high-grade epithelial ovarian, fallopian tube or primary peritoneal cancer that has responded to first-line platinum-based chemotherapy, as maintenance therapy if they are BRCA mutation positive, on the Cancer Drugs Fund. Further data needs to be collected from an ongoing clinical trial (SOLO-1) which so far estimates that olaparib delays disease progression by around three years compared with placebo. However, it is not known whether people taking olaparib live longer because those on the trial have not been followed-up for long enough. People living with BRCA mutation-positive advanced ovarian, fallopian tube or peritoneal cancer have a high unmet clinical need as there are currently no maintenance treatments after a positive response to first-line platinum-based chemotherapy. Olaparib is a PARP inhibitor and works by preventing the PARP protein in cancer cells from repairing damaged DNA, causing the cancer cells to die.

NICE has published final guidance which recommends blinatumomab (Blincyto) as an option for treating Philadelphia-chromosome-negative CD19‑positive B‑precursor acute lymphoblastic leukaemia (ACL) in adults with minimal residual disease (MRD) of at least 0.1%, only if:

NICE has published final guidance which recommends nusinersen (Spinraza) as an option for treating 5q spinal muscular atrophy (SMA) only if:

NICE committee says clinical trial evidence shows that nusinersen improves a range of outcomes that are important to people with early- (type 1) and later-onset (types 2 and 3) SMA. Also, there is some evidence suggesting that nusinersen is effective for pre-symptomatic SMA. However, there is no long-term evidence, so the long-term benefits are highly uncertain. The committee considered that further data collection would help address these uncertainties. Also, the cost-effectiveness estimates presented are higher than what NICE usually considers a cost-effective use of NHS resources. However, these estimates are difficult to interpret because of the limited evidence base to substantiate longer-term benefits, the difficulty in clearly distinguishing between the SMA subtypes, and the difference in what can be achieved for these various patients without nusinersen. The proposed managed access agreement details various risk management strategies, including patient selection, starting and stopping rules, data collection, patient consent, exit strategy and commercial offer. The recommendation will be reviewed based on data collected in the managed access arrangement. The review of the guidance will be published by the end of the fifth year.

NICE has published final guidance which finds the evidence on the safety of transurethral laser ablation for recurrent non-muscle-invasive bladder cancer shows no major safety concerns. However, NICE says current evidence on its efficacy is limited in quality and quantity. Therefore, NICE recommends that this procedure should only be used with special arrangements for clinical governance, consent, and audit or research. Furthermore, NICE encourages further research and prospective data collection into transurethral laser ablation for recurrent non-muscle-invasive bladder cancer, and suggests studies should investigate patient selection, types of laser used, tumour recurrence and long-term follow up.

NICE has published final guidance which finds the current evidence on the safety of ultrasound-guided high‑intensity transcutaneous focused ultrasound for symptomatic uterine fibroids shows well-recognised complications including skin burns. The evidence on efficacy is also limited in quality. Therefore, NICE recommends that this procedure should only be used with special arrangements for clinical governance, consent, and audit or research. NICE says that during the consent process clinicians should tell patients that their symptoms may not be fully relieved and may return, and that further procedures may be needed. They should also tell patients about the risk of skin burns. Patients considering pregnancy should be told that the effects of the procedure on fertility and future pregnancy are uncertain. NICE encourages further research and prospective data collection. Studies comparing ultrasound-guided high-intensity focused ultrasound with other therapies such as uterine artery embolisation and MRI-guided high‑intensity transcutaneous focused ultrasound would be useful. NICE says studies should report patient selection (including size, location and number of fibroids), patient-reported outcome measures, long-term outcomes and subsequent pregnancy rates.

The Pharmaceutical Services Negotiating Committee (PSNC) has reported that Sanofi are currently experiencing difficulties ensuring sufficient product availability for normal supply to pharmacies. Sanofi says: “The problem was caused by a change in our UK logistics provider and an unexpected technical issue with one of their IT systems.” Sanofi expects product availability will be back to normal within two weeks and ask that pharmacy teams only order the minimum amount of stock required during this period. PSNC notes that Sanofi Pasteur vaccines are not affected as these products are distributed by Movianto.

Chanelle Medical is recalling batch 25074A of Bisacodyl 5mg gastro-resistant tablets because a small number of packs have been found to contain tablets which are stuck together, with mould observed on some tablets. The mould has been identified as a Penicillium species. It is unlikely that affected tablets will have got to patient level as the sticking is noticeable on opening the pack.

The MHRA has issued an alert advising that the Microtainer® tubes, manufactured by Becton Dickinson (BD) and distributed from July 2018 to April 2019 inclusive, as listed in the manufacturer's Field Safety Notice (FSN), may contain a hole or be damaged or deformed, potentially causing blood leakage and/or an inadequate blood-to-additive ratio leading to incorrect test results.

GUIDELINE ON THE MANAGEMENT OF ASTHMA UPDATED

Patients with minor health issues will be offered same-day appointments at their local pharmacy, under a new deal announced by the Department of Health and Social Care (see OnMedica article). The new NHS Community Pharmacist Consultation Service will offer local pharmacy appointments to anyone calling NHS 111 about minor conditions such as earache or a sore throat. If testing is successful, GPs and A&E will also start to refer patients to the service over the next five years. Patients will continue to have the option to see their GP or attend A&E if they want to. One of the aims of the scheme is to make better use of pharmacists’ skills. The DHSC says the new service could see millions of appointments being provided by community pharmacists where appropriate, relieving pressure on the wider NHS. It’s estimated that up to 6% of all GP consultations could be safely transferred to a community pharmacy. This is up to 20 million GP appointments per year.

The Department of Health and Social Care has announced that the Better Care Fund will be renewed for 2019 to 2020, bringing the pooled funding to over £6.4 billion (see OnMedica article). The planning requirements will help to reduce the overall reporting burden on local partnerships while improving the measurement and effectiveness of the Better Care Fund. The fund will provide financial support for councils and NHS organisations to jointly plan and deliver local services, and will enable people to leave hospital sooner to get the care they need at home. The DHSC says that so far, the fund has been effective in:

The legislation introduced during this time includes bans on:

DOLUTEGRAVIR RECOMMENDED AS PREFERRED HIV TREATMENT OPTION IN ALL POPULATIONS

Based on new evidence assessing benefits and risks, the World Health Organisation (WHO) recommends the use of the HIV drug dolutegravir (DTG) as the preferred first-line and second-line treatment for all populations, including pregnant women and those of childbearing potential. Initial studies had highlighted a possible link between DTG and neural tube defects in infants born to women using the drug at the time of conception. This potential safety concern was reported in May 2018 from a study in Botswana that found four cases of neural tube defects out of 426 women who became pregnant while taking DTG. Based on these preliminary findings, many countries advised pregnant women and women of childbearing potential to take efavirenz (EFV) instead. However, new data from two large clinical trials comparing the efficacy and safety of DTG and EFV in Africa have now expanded the evidence base. The risks of neural tube defects are significantly lower than what the initial studies may have suggested. The guidelines group also considered mathematical models of the benefits and harms associated with the two drugs; the values and preferences of people living with HIV, as well as factors related to implementation of HIV programmes in different countries, and cost. Research has found that DTG is more effective, easier to take and has fewer side effects than alternative drugs that are currently used. DTG also has a high genetic barrier to developing drug resistance, which is important given the rising trend of resistance to EFV and nevirapine-based regimens.

The European Centre for Disease Prevention and Control (ECDC) has published an update to its assessment for Europe regarding the Ebola outbreak in the Democratic Republic of the Congo (DRC). To date, no travel-associated cases of Ebola virus disease have been reported among travelers returning to Europe from the DRC. The ECDC states that the probability that EU/EEA citizens living or travelling in the affected areas in the DRC will be exposed to the virus remains low as long as they follow the recommended precautionary measures provided in the assessment. However, the ECDC warns the risk can only be eliminated by stopping transmission at the local level in the DRC. Alongside the declaration of a Public Health Emergency of International Concern, the Emergency Committee also raised concerns regarding the possible extension of the outbreak, re-infection and ongoing transmission as well as the need for an intensified and coordinated action to manage these risks. According to the World Health Organisation, the risk of transmission at national and regional level in the DRC remains very high but still low at global level.

OnMedica provides high-quality, easy to digest content and CPD for UK-based GPs and clinicians. Our team of expert editors and clinicians develops content across a wide range of topics in a variety of formats—expert articles, bitesize news and quizzes, courses, videos, and more. You can explore OnMedica via the homepage, drop down menu or by typing your topic of choice in the search bar. Why not find out how OnMedica can help you to keep up to date quickly and easily?
Follow
3726 Contributions
209 Followers
1 Following

NICE's draft guidance recommends that treatment with pembrolizumab is stopped at 2 years if there is no evidence that a person’s disease has got worse. 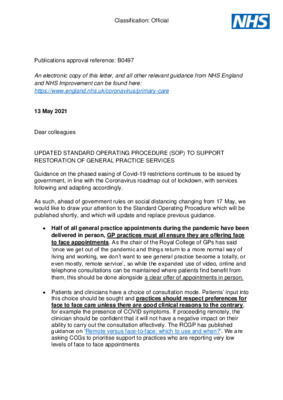 Tafamidis not recommended for transthyretin amyloidosis with cardiomyopathy 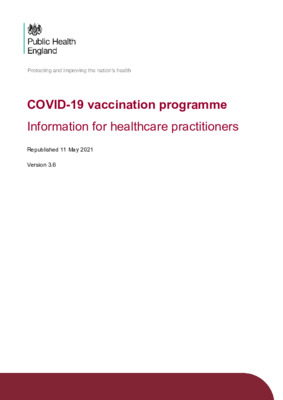