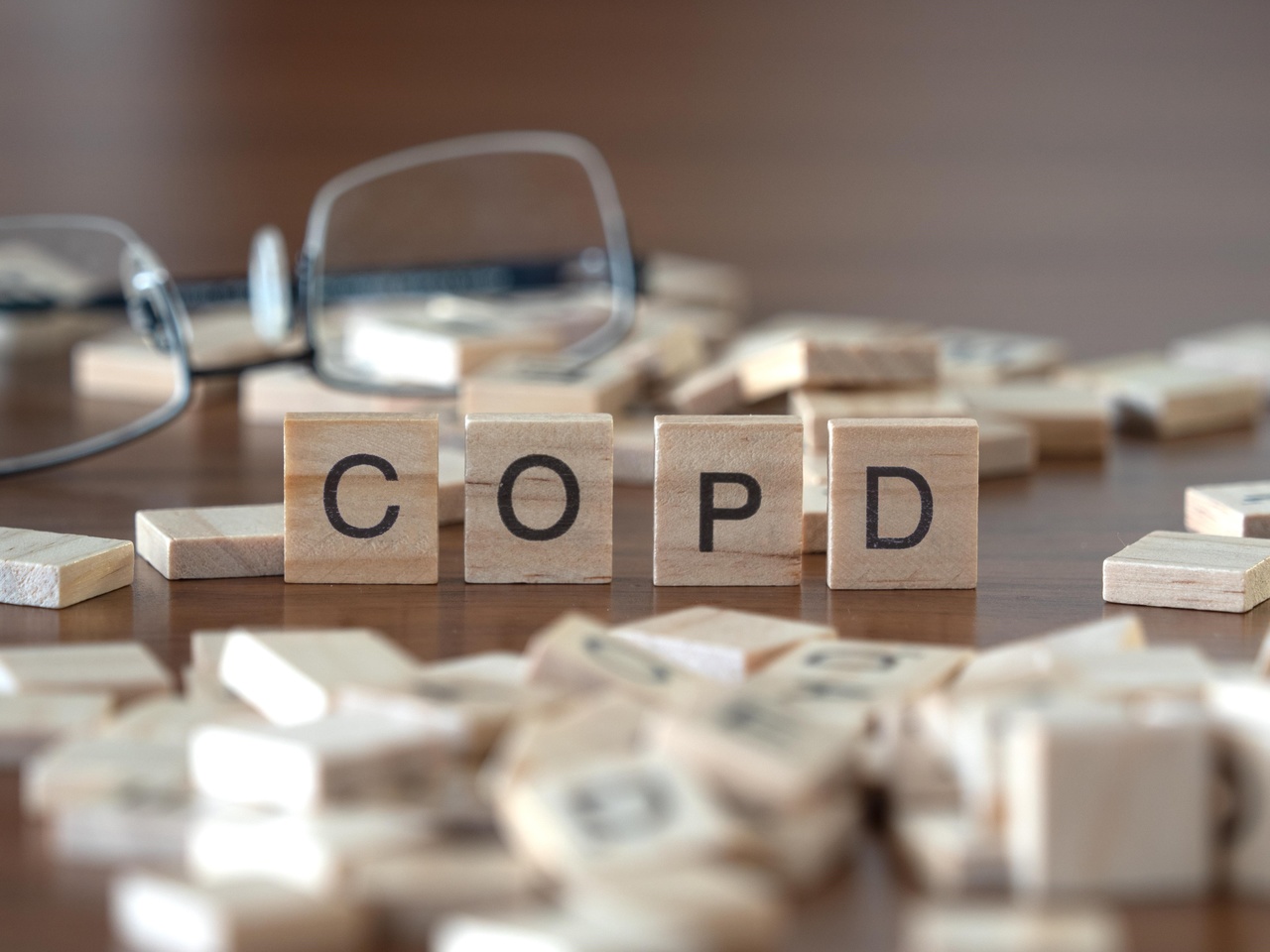 NICE has updated its guideline on the diagnosis and management of chronic obstructive pulmonary disease (COPD), which includes emphysema and chronic bronchitis, in people aged 16 and older. It aims to help people with COPD to receive a diagnosis earlier so that they can benefit from treatments to reduce symptoms, improve quality of life and keep them healthy for longer. NICE has reviewed the evidence and made new recommendations on:

This guideline updates and replaces NICE guideline CG101 (June 2010). In addition, NICE has also produced a guideline on antimicrobial prescribing for acute exacerbations of COPD and a visual summary covering non-pharmacological management and use of inhaled therapies.

LETERMOVIR RECOMMENDED FOR CYTOMEGALOVIRUS DISEASE AFTER A STEM CELL TRANSPLANT

NICE has published final guidance which recommends letermovir (Prevymis), within its marketing authorisation, as an option for preventing cytomegalovirus (CMV) reactivation and disease after an allogeneic haematopoietic stem cell transplant (HSCT) in adults who are seropositive for CMV. It is recommended only if the company provides it according to the commercial arrangement. Current management of CMV after an allogeneic HSCT involves regular blood tests to monitor CMV levels (with or without aciclovir). If CMV levels rise, treatment with ganciclovir, valganciclovir or foscarnet (pre-emptive therapy) is started to prevent disease but this can cause severe side effects. NICE committee says Letermovir is an option for reducing CMV and is safer than pre-emptive therapy. Clinical trial evidence shows that letermovir is effective in reducing CMV infection and also reduces the need for pre-emptive therapy. The most plausible cost-effectiveness estimates for letermovir are within the range that NICE usually considers acceptable.

NICE has published draft guidance which does not recommend fluocinolone acetonide intravitreal implant as an option for treating chronic diabetic macular oedema that is insufficiently responsive to available therapies in an eye with a natural (phakic) lens. Treatments for untreated chronic diabetic macular oedema include laser therapy and anti-vascular endothelial growth factors (VEGFs). There are no further treatment options for eyes with natural lens (phakic eyes). Clinical trial evidence compares the effectiveness of fluocinolone acetonide intravitreal implant and sham in people with chronic diabetic macular oedema who already had at least one laser treatment. NICE committee says only very few people had anti-VEGFs before the trial and few people had phakic eyes with symptomatic cataracts. Also, non-comparative studies used to support the company’s submission only include few people with phakic eyes and symptomatic cataract. No other data for this group have been identified. NICE says this makes it difficult to establish if fluocinolone acetonide intravitreal implant works better than usual care for these people, especially in the long-term. Because of the lack of clinical evidence, the cost-effectiveness estimates for fluocinolone acetonide intravitreal implant are also uncertain. Even the lowest clinically plausible cost-effectiveness estimates are substantially higher than what NICE normally considers an acceptable use of NHS resources.

NICE has published draft guidance which finds the evidence on the safety of selective internal radiation therapy (SIRT) for unresectable colorectal metastases in the liver shows there are well-recognised and potentially serious safety concerns.

PRESSURISED INTRAPERITONEAL AEROSOL CHEMOTHERAPY FOR PERITONEAL CARCINOMATOSIS – FOR RESEARCH ONLY

NICE has published draft guidance which finds the evidence on the safety of pressurised intraperitoneal aerosol chemotherapy for peritoneal carcinomatosis shows well-recognised, serious side effects. Evidence on its efficacy is inadequate in quality and quantity. Therefore, this procedure should only be used in the context of research. NICE recommends that further research should report details of patient selection, including type of tumour and quality-of-life outcomes.

The CHMP has recommended granting a marketing authorisation in the European Union (EU) for Vitrakvi (larotrectinib) for the treatment of adult and paediatric patients with solid tumours that display a Neurotrophic Tyrosine Receptor Kinase (NTRK) gene fusion. Treatment with Vitrakvi is recommended for patients whose disease has spread or cannot be surgically removed, and who have no other satisfactory treatment options. Vitrakvi is the first ‘histology-independent’ cancer treatment recommended for approval in the EU. This means that it can be used to treat non-haematological tumours with this specific mutation, regardless of where in the body the tumour originated. However, before patients can be started on the medicine, the presence of the mutation in the tumour should be confirmed by a validated test. The active substance – larotrectinib - targets a very specific genomic alteration of a patient’s tumour. This occurs when NTRK genes that encode specific proteins are abnormally fused to a gene. This mutation leads to the development of proteins that can cause cancer cells to grow. Vitrakvi blocks the action of these proteins and in doing so inhibits the growth of the cancer. The efficacy and safety of Vitrakvi were studied in three single-arm trials that included a total of 102 adults and children with cancer that were evaluated. These patients had either already received standard therapy, or would have had to undergo disfiguring surgery, or were unlikely to respond to available therapies. The share of patients who responded to treatment with Vitrakvi was 67%. Of those, the response lasted six months or longer in 88% and 12 months or longer in 75%. Tumour responses were seen both in rare tumour types such as infantile fibrosarcoma and salivary gland tumours, as well as in common diseases such as lung and colon cancer.

UPDATED RESTRICTIONS FOR GILENYA: MULTIPLE SCLEROSIS MEDICINE NOT TO BE USED IN PREGNANCY

The EMA has recommended that the multiple sclerosis medicine Gilenya (fingolimod) must not be used in pregnant women and in women able to have children who are not using effective contraception. If a woman becomes pregnant while using Gilenya, the medicine must be stopped and the pregnancy will have to be closely monitored. This is because the active substance in Gilenya, fingolimod, can harm the unborn baby and may cause birth defects. To minimise this risk, women able to have children must have a pregnancy test before starting treatment with Gilenya to ensure they are not pregnant, and must use effective contraception during treatment and for two months after stopping the medicine. These recommendations follow a review triggered by reports suggesting that the risk of birth defects in infants who have been exposed to Gilenya during pregnancy is twice as high as the 2% to 3% risk observed in the general population. The most frequently reported birth defects in infants exposed to Gilenya were those affecting the heart, kidneys, bones and muscles. Doctors, patients and carers will receive updated educational materials with information about this risk and what actions and precautions need to be taken to ensure the safe use of Gilenya.

The applicant for Evenity (romosozumab) has requested a re-examination of the Committee's negative opinion for this medicine adopted at the June 2019 meeting. The CHMP will re-examine the opinion and issue a final recommendation.

The applicants for Revolade (eltrombopag) and Translarna (ataluren) have also requested re-examination of the Committee's negative opinions, adopted at the June 2019 meeting, for a change to the marketing authorisation of these medicines. The CHMP will re-examine the opinions and issue final recommendations.

A new report from the World Health Organisation (WHO) shows many countries are still not adequately implementing policies, including helping people quit tobacco, that can save lives from tobacco. The seventh WHO Report on the global tobacco epidemic analyses national efforts to implement the most effective measures from the WHO Framework Convention on Tobacco Control that are proven to reduce demand for tobacco. These measures, like the “MPOWER” interventions, have been shown to save lives and reduce costs from averted healthcare expenditure. The MPOWER report was launched in 2007 to promote government action on six tobacco control strategies in-line with the WHO FCTC to:

The report showed that while only 23 countries have implemented cessation support policies at the highest level, 116 more provide fully or partially cost-covered services in some or most health facilities, and another 32 offer services but do not cost-cover them, demonstrating a high level of public demand for support to quit.

STATEMENT ON GOVERNANCE AND OVERSIGHT OF HUMAN GENOME EDITING PUBLISHED

The WHO expert advisory committee on governance and oversight of human genome editing has made an interim recommendation to the WHO Director-general stating that “it would be irresponsible at this time for anyone to proceed with clinical applications of human germline genome editing.” WHO supports this interim recommendation and advises regulatory or ethics authorities to refrain from issuing approvals concerning requests for clinical applications for work that involves human germline genome editing. WHO’s Expert Advisory Committee will continue to consider the matter, and will, at its forthcoming meeting in Geneva on 26-28 August 2019, evaluate effective governance instruments to deter and prevent irresponsible and unacceptable uses of genome edited embryos to initiate human pregnancies. 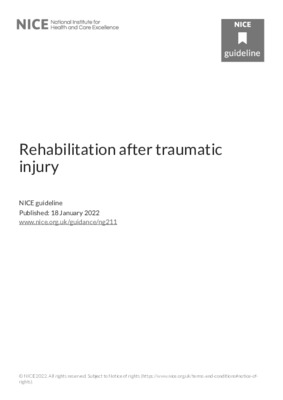 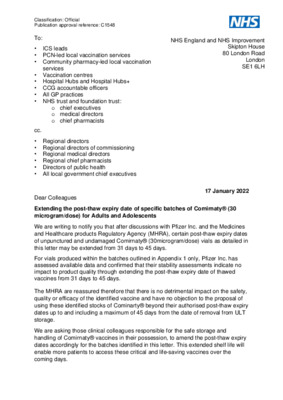