NICE has published final guidance which recommends sodium zirconium cyclosilicate (Lokelma), as an option for treating hyperkalaemia in adults only if used:

NICE has published final draft guidance which recommends voretigene neparvovec (Luxturna), within its marketing authorisation, as an option for treating RPE65-mediated inherited retinal dystrophies in people with vision loss caused by inherited retinal dystrophy from confirmed biallelic RPE65 mutations and who have sufficient viable retinal cells. It is recommended only if the company provides voretigene neparvovec according to the commercial arrangement. The RPE65 gene provides instructions for making a protein that is essential for normal vision. RPE65-mediated inherited retinal dystrophies are rare and serious. Usually diagnosed in childhood, they involve progressive loss of vision which ultimately leads to near-total blindness and severely affects the quality of life of people with the condition, their families and carers. Current treatment is supportive care, such as the use of low-vision aids. Clinical trial evidence shows that, in the short-term, voretigene neparvovec improves vision and prevents the condition from getting worse. There is no long-term clinical evidence, but NICE says it is biologically plausible that the treatment effect is likely to continue for decades. NICE notes that some assumptions in the economic modelling are uncertain, particularly around the utility values and how long the treatment effect lasts. However NICE has concluded that despite the uncertainties, voretigene neparvovec is likely to provide important clinical benefits for people with RPE65-mediatedinherited retinal dystrophies, and is considered an appropriate use of NHS resources within the context of a highly specialised service.

GUIDELINE ON CARE OF TWIN OR TRIPLET PREGNANCY UPDATED

NICE has published a guideline which covers the care that should be offered to women with a twin or triplet pregnancy in addition to the routine care that is offered to all women during pregnancy. It aims to reduce the risk of complications and improve outcomes for women and their babies. The guideline includes new and updated recommendations on:

NICE has also updated its quality standard on the additional antenatal care for women who are pregnant with twins or triplets that is offered alongside routine antenatal care. The quality statement on preparation for birth was updated to reflect changes to the NICE guideline on twin and triplet pregnancy. The timeframe in statement 8 has been amended as follows, in line with the updated guideline: Women with a multiple pregnancy have a discussion by 28 weeks with one or more members of the multidisciplinary core team about the timing of birth and possible modes of delivery so that a birth plan can be agreed.

NICE has published a draft quality standard which covers the care and support for adults with cerebral palsy (aged 25 and over). The draft statements are::

Publication of the final quality standard is expected on 23 January 2020.

NICE has also published a quality standard on cerebral palsy in children and young people.

NICE has published three surveillance reports which have concluded that the following guidelines will need to be updated in light of new evidence:

The Medicines and Healthcare products Regulatory Agency has published a drug safety update on  hormone replacement therapy (HRT) after new data has confirmed that the risk of breast cancer is increased during use of all types of HRT, except vaginal estrogens (see OnMedica article). Data has also shown that an excess risk of breast cancer persists for longer after stopping HRT than previously thought. Prescribers of HRT should discuss the updated total risk with women using HRT at their next routine appointment. Healthcare professionals are advised to:

High dose statins could be made available directly from high street pharmacies, NHS England has announced (see OnMedica article). Although low dose statins can be given over the counter, they are not generally made available by pharmaceutical firms, and making the most effective and powerful versions safely available, without a doctor’s prescription, could prevent thousands more deaths and countless more heart attacks and strokes, NHS England argues. It also points to estimations that as many as two thirds of people most at risk of heart attack and stroke do not take statins, but would benefit from doing so. NHS England also highlights new research from Cambridge University – and funded by the British Heart Foundation – published at the European Society of Cardiology Conference in Paris this week, which has shown that the benefits of statins are potentially even higher than previously reported. The findings of the NHS England and Improvement review will be presented to manufacturers and the MHRA - which will have the final say.

NHS England is calling for vigilance as data shows that one in 10 young people has asthma, with spikes in demand for help from GPs and hospitals in the weeks after school holidays, and an annual peak for children in September. Recent analysis published by Public Health England found that GP appointments for children with asthma increase this month, with cases more than doubling and boys more likely to need help, while the total number of emergency hospital admissions for asthma typically jumps between August and September from around 3,500 to more than 6,000. The NHS is calling on parents to keep asthma medicine close at hand as children are up to three times more likely to need medical help as the school year starts. The combination of coughs and colds circulating, children getting out of the habit of using inhalers during the summer break, air pollution and the stress of term starting, is thought to contribute to the spike in asthma cases, says NHS England.

NHS Digital has reported that people with sensory impairments in West Yorkshire and Harrogate have been given the knowledge to use digital health tools to make visiting the GP easier. The project was part of NHS Digital’s Widening Digital Participation Programme, which aims to make digital health services and information accessible to everyone. Over 50 people joined workshops to talk about their experiences of using primary care and a small group also did walk-throughs of visits to a GP practice to show first-hand the barriers they encountered. Problems included difficulties booking GP appointments, accessing buildings and waiting areas, communicating during consultations and reading information leaflets or letters. To help overcome some of these, the project team looked into the most effective apps and assistive technologies, such as:

A list of apps and technology has been created for GPs and other organisations to help them support patients with hearing and sight loss.

During the same period, data shows new diagnoses have also fallen by a quarter (24%) among people who acquired HIV through heterosexual contact. PHE says the continued decline of HIV diagnoses is largely due to the success of combination HIV prevention over the past decade, which includes HIV testing, condom provision, the scale-up of pre-exposure prophylaxis (PrEP) and anti-retroviral therapy (ART) – drugs that keep the level of HIV in the body low and prevent the virus being passed on.

NEW HEART CHECKS TO BE LAUNCHED IN COMMUNITY PHARMACIES

The Royal Pharmaceutical Society has announced that the programme from NHS England to spot heart conditions will be delivered by pharmacies in 23 Clinical Commissioning Groups from 1 October (see OnMedica article). If successful, it could be rolled out to all community pharmacies in England in 2021-22. The RPS says pharmacists will case-find and offer blood pressure tests to people showing symptoms, provide cholesterol checks and use mobile electrocardiograms to help spot irregular heartbeats. The programme aims to save at least 200 lives and previous pilots of the scheme saw a 25% reduction in the rate of stroke related to atrial fibrillation by identifying people with undiagnosed high-risk conditions.

The European Centre for Disease Prevention and Control (ECDC) has published the results of a survey that presents a comprehensive analysis of HIV, viral hepatitis and sexually transmitted infections, sexual behaviour, prevention needs and testing habits among men who have sex with men (MSM), which is based on the responses of some 128,000 participants in Europe. Results show that sex between men remains the predominant mode of HIV transmission in the EU/EEA countries, where the first signs of a decline in reported new cases resulted from a 20% drop in new diagnoses among MSM (2015-2017), however considerable differences were noted across the countries – which the ECDC says reflects Europe’s diversity with respect to sexual health and behaviour of MSM. The results provide knowledge based on large-scale, comparable data from across Europe to help understand the impact of available prevention and treatment programmes, including the influence of emerging and changing behavioural trends and how these factors influence risk behaviour among MSM. The report describes both MSM behaviour and needs, alongside resulting morbidities, and the likely value of current services to address these. Based on the survey results, the report also summarises recommendations on how to address identified needs and gaps. For example, the authors conclude that national prevention programmes should continue to provide and promote comprehensive STI testing, tailored to the sexual repertoire of MSM. They also say that reducing the stigma associated with (homo) sexual practices, comprehensive testing policies and affordable costs are essential to adequate STI screening.

OnMedica provides high-quality, easy to digest content and CPD for UK-based GPs and clinicians. Our team of expert editors and clinicians develops content across a wide range of topics in a variety of formats—expert articles, bitesize news and quizzes, courses, videos, and more. You can explore OnMedica via the homepage, drop down menu or by typing your topic of choice in the search bar. Why not find out how OnMedica can help you to keep up to date quickly and easily?
Follow
3641 Contributions
193 Followers
1 Following 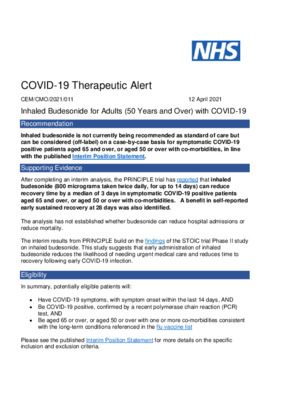 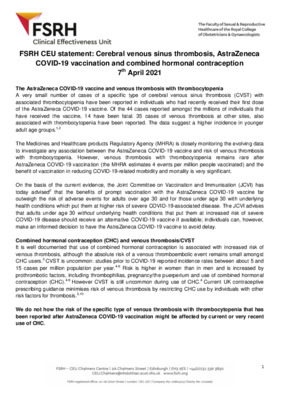 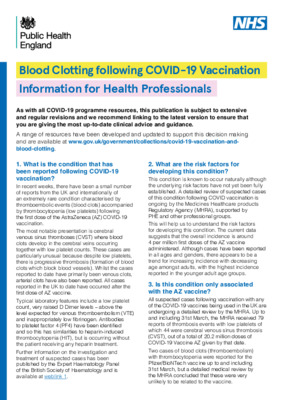